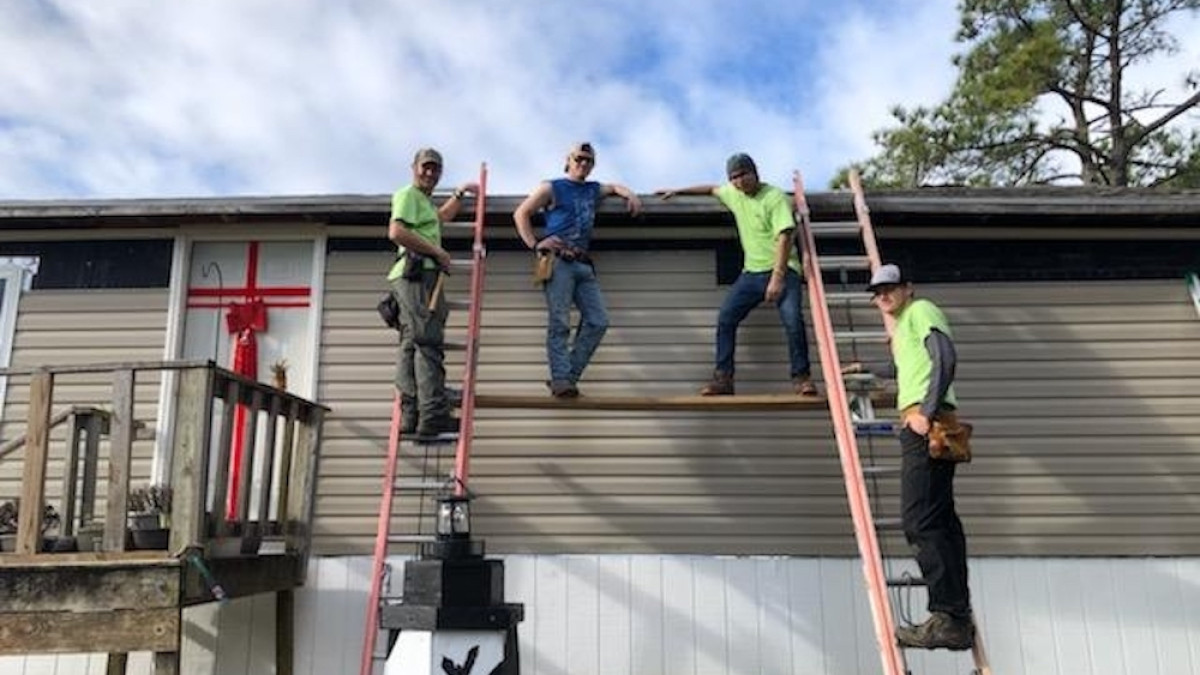 Every Friday morning our staff lead volunteer teams in a devotional time centered on the idea of “taking it home.” Taking home the missional attitude, the people over projects mentality that helps volunteers boldly engage with strangers and share the Gospel during their week of service. We also have very similar conversations with our interns at the end of their time with us, encouraging them to take what they’ve learned with Crisis Response and to keep growing and applying it.

This month we have seen not one, but two former interns who went back to their home churches and recruited a team to come on a missions trip with Crisis Response. And putting together a short-term trip can be hard during Covid! But they navigated the paperwork, the travel arrangements, collecting the payments, Covid testing when necessary, communicating with our staff on sites, and more. Why?

Keegan served in North Carolina as a summer intern in 2019, and since then he has returned with several teams. “It’s not only about the people you get to serve, but who you get to serve with. Seeing how God works, not only in me, but also in the team has been really cool.” Three young men made the long trip from Colorado to North Carolina to serve as our very first team of 2022. Keegan’s also served as adjunct staff at other response sites during busy times, and he is hoping to return again this year.

Kayla interned with us last summer in Lake Charles, and started recruiting a team to come and serve there almost as soon as she got home. “I wanted to bring my people to meet my other people.” Her goal was to challenge the young adults in her church to get involved with missions, but she also had to recruit some adults who would be old enough to drive a rental vehicle. Ultimately God brought together a multigenerational team from her church, and enough drivers to get to and from Louisiana.

Just like Keegan, Kayla shared that the best part of leading a team was getting to see what God was doing in the hearts of the people who came. “People spoke up on the prayer walks that I didn’t expect. And it makes me think, if I hadn’t done this maybe he wouldn’t have gotten out of his comfort zone to do that.”