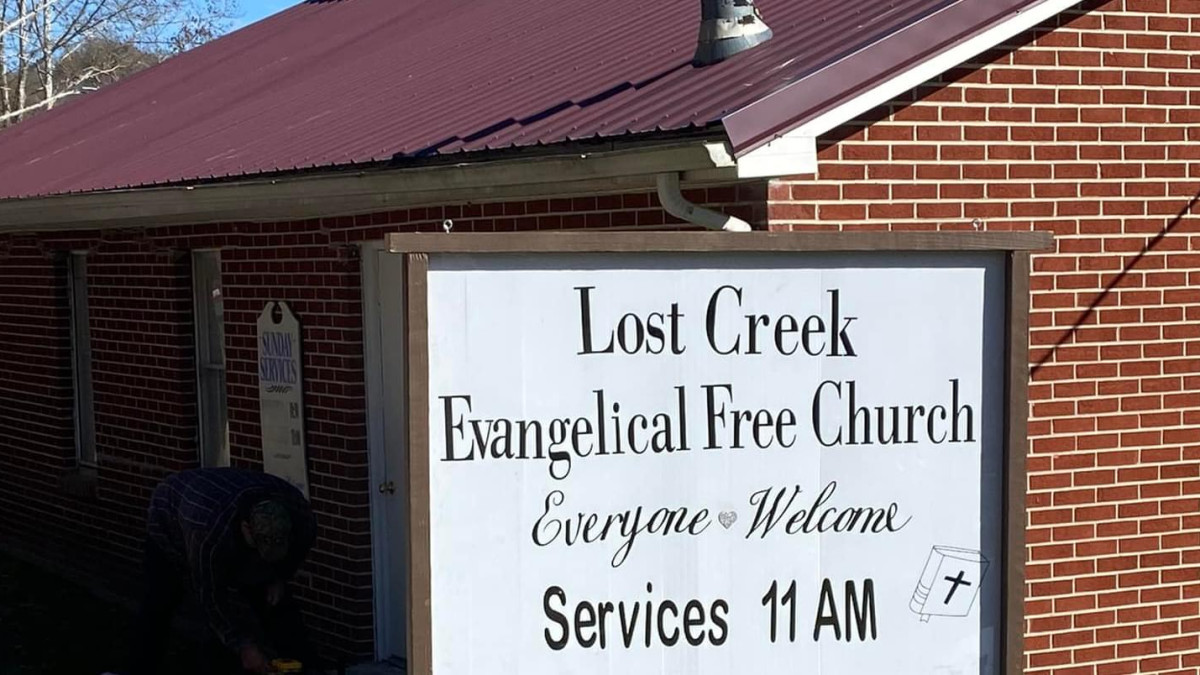 The eastern hills of Kentucky have a special place in the history of the EFCA: from 1931 to 1955 the EFCA dedicated missionaries and resources to sharing the Gospel through bible schools, church planting and radio programs. Dozens of missionaries served in the hollers of Kentucky as a part of the EFCA Mountain Mission, going miles to visit homes, schools and even the local jailhouse before there were even roads in some places. Seventy years later, there are five EFCA churches that remain to share the love of Christ in those communities.

Pastor Dave grew up attending Lost Creek EFC in Lost Creek, KY, one of those five churches brought about by the EFCA Mountain Mission. He took over as only the second pastor the church had ever had when Pastor Charles retired. Despite being a small church, Lost Creek EFC was well-known in the community. His predecessor had baptized more than 2000 people in his time in ministry, and Pastor Charles left such a legacy that the road near the church was named after him.

Despite learning from a dedicated mentor and the honor of leading such a faithful church, it can be very hard sometimes to be the pastor of a small evangelical church in such an isolated area. Pastor Dave drives a truck delivering fuel to gas stations during the week to help make ends meet. In fact, almost all EFCA pastors in this area of eastern Kentucky are bi-vocational for their entire ministry, consistently working a job as they are also serving as a pastor to their church families.

More than 25% of Breathitt County residents, where Lost Creek EFC is located, lives below the poverty line. Mining companies pulled out abruptly in recent years, leaving behind a lack of jobs and a lot of hurt in the community. Many young adults went away for school or work, and found better job opportunities elsewhere leading to an overall decline in population. Church members in nearby Hazard, KY shared that homelessness has become a recent problem, as has substance abuse. Families in this area care very deeply for each other, but the overall needs go far beyond what family members looking out for each other can provide.

And then Covid-19 created a new crisis in the community. Churches struggled both relationally and financially as people stopped meeting together. Even the five churches, who used to meet together regularly for meals in the fellowship halls, stopped coming together and became more isolated. Spring of 2021 brought new challenges for Lost Creek EFC, as the church flooded with more than 2 feet of water in the main part of the building. God was good, the damage was not too severe, and with help and prayers the church was able to make repairs. As Pastor Dave was guiding his church through that crisis, his family had a crisis of their own. He lost first his wife, and then another family member shortly after to Covid-19.

Then in late July 2022, rain started falling at an extraordinary rate, dropping almost 10 inches in less than 2 days. The tiny creek behind the church swelled to a new height, far greater than the flooding 18 months before. The church building was flooded with the raging waters reaching almost to the roof. Once the water went down, damage was immediately visible to the brick façade, but more heartbreaking was the discovery that the foundation had shifted and there was now a hand-width gap between the original foundation and the addition's foundation. The church had just spent $9000 to repair the church from the last flood in 2021, and now it is a total loss. Lost Creek EFC won’t rebuild on this property, and they are now looking for a temporary place to meet and another piece of property to relocate the church. Pastor Dave has no idea how they will afford all of this.

Recently he made some time to meet with leaders from the Southeast District, and with the ReachGlobal Crisis Response first assessment team. They came to assess the damage and to reconnect with as many of the local pastors as they could. Pastor Dave shared with them about the recent struggles in his life and his church, saying, "I’ve been reading the book of Job a lot this past year. I figure I’m better off than he was since this didn’t happen to me all in one day”.

Pastor Dave has spent a lot of time since the flood trying to help the members of his church connect with resources they may need. He shares helpful information on social media and is organizing giving campaigns for the six families in his church who have lost everything. Even as the future of Lost Creek EFC's location seems uncertain, they are still a family who care well for each other.

His story highlights a truth that Crisis Response shares with all our volunteers: life doesn't stop just because of a crisis. All the normal ups and downs, the heartbreaks and the joys are all still there. You can't effectively go in to minister to one crisis without acknowledging all of the rest. When we talk about "presenting the whole Gospel to the whole person" it means we have to see Pastor Dave and his church family as more than just the survivors of a flooding event. They each come with their own stories and some of the most powerful ministry in responding to a crisis is just offering space for people to tell their stories.

This truth makes plain another truth. ReachGlobal Crisis Response knows when we ask churches to pray, to give, and to serve in this response that each church has their own life and ministry going on too. The needs of your churches and communities are not diminished by the fact that 5 EFCA churches have been impacted by recent flooding in Kentucky. But through this crisis, there is a ministry opportunity, open doors for the spread of the Gospel in a "long- forgotten enclave of EFCA churches in a hard to reach and isolated area.” Will you join us if you are able?