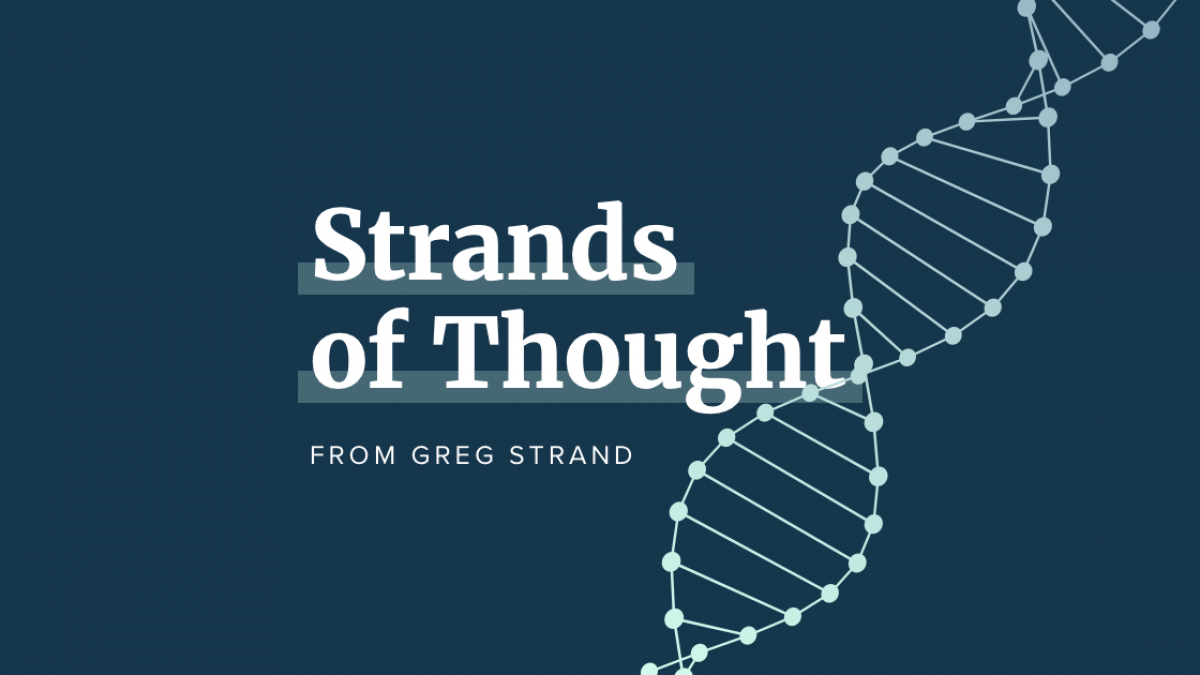 A common greeting of Christians on the day we remember and celebrate the resurrection of Jesus Christ is “He is risen!” to which one responds, “He is risen, indeed!” Christians have appropriately been referred to as the Easter people.

There is nothing more significant to the Christian faith and life than the death, burial, and resurrection of Jesus Christ. Paul identifies this as a matter of “first importance” (1 Cor. 15:3-5). Furthermore, Paul captures the heart of the resurrection by responding to those in Corinth who questioned it writing, “And if Christ has not been raised, your faith is futile and you are still in your sins. Then those also who have fallen asleep in Christ have perished. If in Christ we have hope in this life only, we are of all people most to be pitied” (15:17-19).

Without the resurrection, Jesus has not been raised, our faith is futile, we remain in our sins, we have no hope, and we of all people are to be pitied. That is a sad and sorry state.

But this is not the case! Jesus has been raised from the dead. Paul reassures the believers in Corinth, and all Christians subsequently, “But in fact Christ has been raised from the dead, the firstfruits of those who have fallen asleep. For as by a man came death, by a man has come also the resurrection of the dead. For as in Adam all die, so also in Christ shall all be made alive” (1 Cor. 15:20-22). With the resurrection of Jesus Christ, in contrast to the state of humanity without his resurrection, our faith is certain, our sins are forgiven, we have hope, and we proclaim the good news to others.

Over the course of numerous years, I have taught about the resurrection of Jesus Christ to many including sr. high youth, adult Sunday school classes, leadership training courses, theology refreshers, and others. The notes I have used in outline form are included. I have compiled these notes from several different sources and authors, references which I have not included. This was compiled years ago, and when done at that time I did not include the references. I share this because although I compiled these notes, I have been dependent on many others, for example William Lane Craig, Millard Erickson, Norman L. Geisler, Wayne Grudem, Gary Habermas, Murray J. Harris, J. P. Moreland, N. T. Wright.

At the end of the day, the importance is that Jesus has been raised from the dead and he lives! We remember the words of the angel to the women at the tomb on that resurrection morning, “He is not here, for he has risen, as he said. . . . Then go quickly and tell his disciples that he has risen from the dead” (Matt. 28:6-7; cf. Mk. 16:6-7; Lk. 24:6-9). And we also respond as Thomas in worship, as he stood before the resurrected Lord one week later, confessing, “My Lord and my God” (Jn. 20:28). In other words, this is evidence, information, though for us it is not just that. It is information that consists of truth that transforms. Like Thomas, when one learns of the resurrection and encounters the resurrected Christ, the spiritually dead become alive. Might you be encouraged and edified as you read through these notes on the resurrection of Jesus Christ, and might it lead to worship.

A. The Empty Tomb

The appearances of Jesus after His resurrection were to several individuals, they took place during a very specific period of forty days, they did not happen just to believers, they were extraordinarily varied.

IV. Alternative Explanations of the Resurrection

Jesus was a human, which meant He had a body. Because of the resurrection, Jesus was raised in a ‘spiritual body’ (to borrow Paul’s terminology). Though certainly is veiled, there are some conclusions that can be made about Jesus’ resurrection body: 1) He appeared bodily; 2) Jesus was no longer bound by material or spatial limitations; 3) it also appears that He could materialize and be localized at will; 4) Jesus could be touched and heard as well as seen; 5) there was a continuity between Christ’s body before the resurrection and after the resurrection, but there was also some discontinuity.