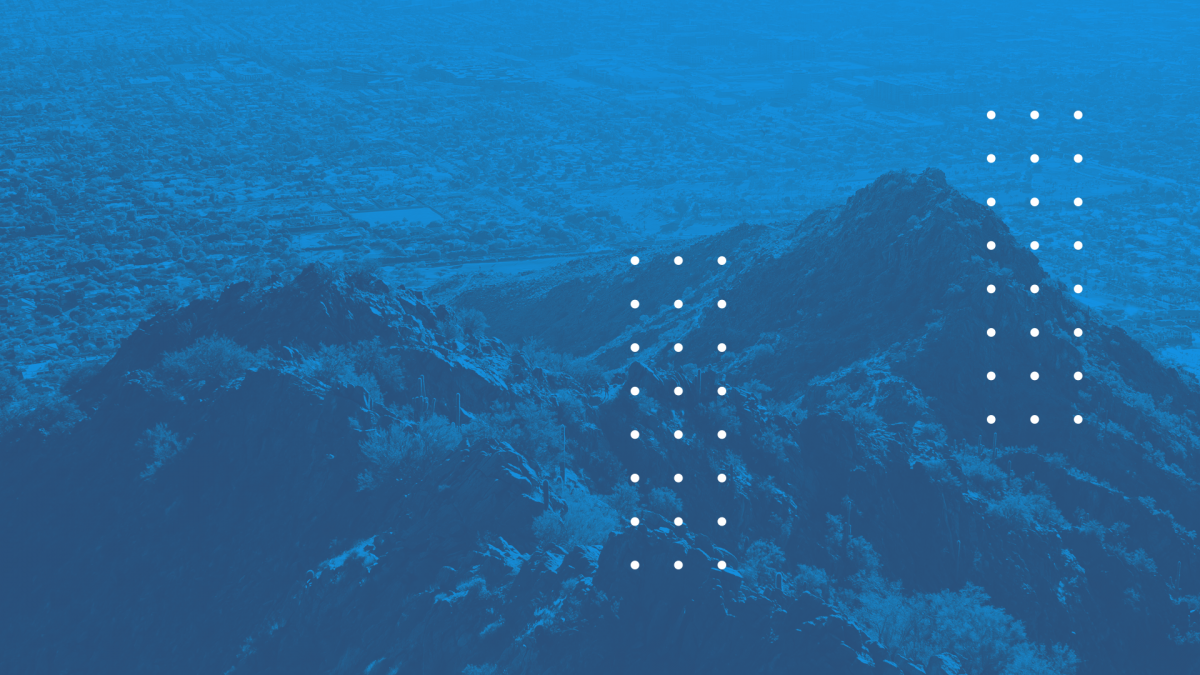 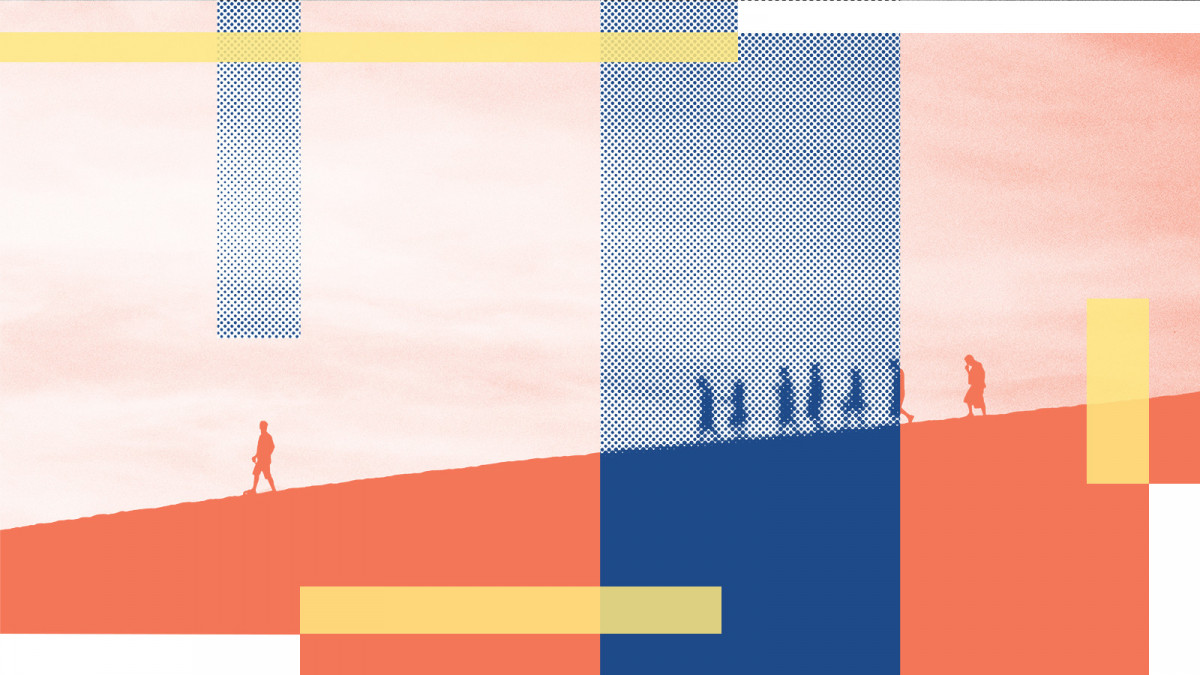 Amazing things are happening in Eastvale, California, a rapidly growing suburb in Southern California’s Inland Empire. During the past 11 years, VantagePoint Church (EFCA) has grown from a handful of families to about 2,000 people in weekly attendance. A ton of new believers have been baptized, many have given countless hours of loving service to the community, and construction recently began on the first phase of VantagePoint's permanent facility.

I discovered this when I interviewed several pastors for my dissertation in 2010. I met VantagePoint’s founding pastor Mark Lee, and if you did, you’d probably agree with me.

This story is about Pastor Hopper who, like any hero, is a normal guy who decided to do something abnormal.

He’s exactly what you’d expect at a church like this: a brilliant, energetic, charismatic leader. Under his leadership, VantagePoint Church was built on the vision of being “living proof of a loving God” to a city of young families who are escaping the stifling housing prices of Orange and Los Angeles Counties.

Years ago, Pastor Lee capitalized on a bottomed-out economy by challenging new church members to do simple things: buy a cup of coffee for the weary commuter behind them in the drive-thru and hand out water bottles as a simple act of mercy to thousands of people during the sweltering summers.

The result? A thriving church that’s a powerful force for the kingdom and continues to grow in its community impact.

But this story isn’t about Pastor Lee, and he’d be the first one to tell you that. In fact, he would emphatically say the reason VantagePoint Church exists today is because of the vision, tenacity and extraordinary sacrifice of the other Mark—Pastor Mark Hopper. Pastor Hopper’s the real hero, as far as Pastor Lee is concerned. And yet, like any hero, Pastor Hopper is a normal guy who decided to do something abnormal.

The story and the vision

Pastor Hopper became the senior pastor at EFree Church Diamond Bar in 1988. Like many suburban SoCal EFCA churches in the mid-20th century, the church traced its beginnings to six families who met in someone’s living room. By 2010, when I interviewed him as a case study for my dissertation, they had grown to about 500 people.

While the church had done impactful ministry in its community, it had entered the dreaded “maturity phase” of the organizational life cycle. Growth was slow, and in a landlocked campus with a steadily aging congregation, no one had high expectations.

He couldn’t shake the feeling there was one more move that could have a huge kingdom impact.

At this point in the journey, Pastor Hopper could have done what you’d expect a long-tenured senior pastor to do: keep the place neat and tidy, think through a succession plan, finish well and ride off into the sunset with the satisfaction of a job well done. And that would have been fine.

But he couldn’t shake the feeling there was one more move that could have a huge kingdom impact.

As a graduate of Dallas Theological Seminary, Pastor Hopper wrote his master’s thesis on church planting. He knew the subject well and always believed it was important, but he had never been part of a church plant. We’re often told past behavior is the best indicator of future behavior. It’s also true, however, that God plants ideas in our souls that may remain underground for decades, and when the time is right, the sprout emerges.

Such is the case with Pastor Hopper. As a pastor for many years, he became gripped by the conviction that no matter what, EFree Diamond Bar needed to multiply. No more excuses, no more stalling, no holding back. It was time to plant.

This idea had some inklings. He had noticed over the years that more than a few of his members had moved about 20 miles east to a community known as Eastvale, a growing part of Southern California’s Inland Empire. He also knew his church had the maturity and resources to multiply, even if the congregation didn’t quite believe it yet. In 2006, at EFree Diamond Bar’s 39th birthday celebration, in front of his congregation, Pastor Hopper boldly announced their plans to plant a new church.

In time, his quiet, patient resolve began to pay off as people began to see the vision.

That’s when Pastor Lee entered the picture. He had joined the staff at EFree Diamond Bar in the early 2000's as the young adult's pastor. Pastor Hopper noticed early on that Pastor Lee was a uniquely gifted leader, so he gently floated the idea of starting a new church to Pastor Lee, suggesting he could be the founding pastor.

Pastor Lee was not convinced. In fact, at that time, he had absolutely no intention of being involved with a church plant. And, in his words, he wasn’t alone: nobody at EFree Diamond Bar did. It wasn’t on anyone’s radar.

Still, Pastor Hopper had a vision. Yet unlike the Type A, over-caffeinated, hyperactive pastors (of which I am one) who can’t seem to stop talking, he quietly and deliberately pressed forward. He possessed compelling modesty—he was unassuming, yet unstoppable. In time, his quiet, patient resolve began to pay off as, one by one, people began to see the vision, including Pastor Lee himself.

Once Pastor Lee caught the church plant vision, a critical piece was in place. However, he said he would only go on one condition: EFree Diamond Bar’s worship pastor would have to go with him.

He was so convinced the kingdom of God needed to be advanced through church planting that he was willing to lose not just one, but two key pastors at the mother church. Thus, VantagePoint Church was born.

At this point, most people would think, “Is this guy crazy? Who does that?” Well, no one, apparently, which is why the massive amount of churches planted in this country never reproduce and the church at large appears to have lost its footing in our culture.

Many churches start off with big dreams, but as they cruise down the inevitable life cycle, they give up the risk-taking and sacrifices that made them successful. They slowly internalize the value of self-preservation at all costs and champion prudence instead of proactivity. The kingdom suffers at the hands of this line of thinking. It preserves the status quo, but that’s about it.

Many churches start off with big dreams, but they give up the risk-taking and sacrifices that made them successful.

Pastor Mark Hopper’s magnanimity, however, didn’t stop at parting with two of his key pastors; he was just getting started. He knew that if this church was going to make it, especially in the crazy world of SoCal real estate, VantagePoint was going to need seed money for land. This gave him another idea: what if the church did a capital campaign to raise money for their daughter church?

And that’s exactly what they did. EFree Diamond bar conducted a three-year capital campaign and the people gave to the tune of a whopping $650,000, which was more money than they ever had raised, even for their own buildings! All of this, for a site unseen and during an uncertain and shaky economy.

On a Sunday morning in 2010, Pastor Mark Hopper drove 20 miles to hand this new church a check for more than half a million dollars. This money was absolutely critical to VantagePoint’s ability to purchase land for its new facility.

They opened in 2008 with 353 people and grew rapidly during EFree Diamond Bar's capital campaign. Now, years later, the church has started construction on its $12 million first phase, building on the land it purchased through the generosity of the mother church.

There is a continuing conversation these days about addition vs. multiplication and which church planting models work the best. I look at this story and see that EFree Diamond Bar, a church with 500, started a church that has grown to 2,000, for a sum total of 2,500. That math is pretty good if you ask me.

Regardless, the point is we need more Pastor Hoppers, and we need them now. The good news is, I think we have them. Plenty of pastors lead congregations well-positioned to take the risk and make the sacrifice that EFree Diamond Bar did under Mark Hopper’s leadership.

Within the EFCA are many people with an untold amount of talent and energy, waiting to be unleashed on our communities.

Maybe you are one of them.

Within the EFCA are many people with an untold amount of talent and energy, waiting to be unleashed on our communities. We have men and women in our seats every Sunday who love our churches and our preaching. They may be actively involved in ministry themselves, but deep inside they long for something more.

People who are like Pastor Lee are serving quietly in associate staff positions in our churches all across America. They simply need someone to help them see beyond today to what could be. But here's the deal: if the senior EFCA pastors don’t start doing what Pastor Mark Hopper did, it’s not going to happen. We’ll have healthy missions budgets, but we will not mobilize the church to do what it was intended to do: to GO!

Pastor Mark Hopper is a hero of mine because he did something he didn’t have to do, and he didn’t care about who got the credit. He had a vision he wouldn’t give up on and the willingness to make bold sacrifices.

Chances are, more than a few churches are in a similar place to what EFree Diamond Bar was in when this church planting idea started. If you’re in one, here are a few steps:

If you have a ten-year plan of how to get somewhere, you should ask: "Why can’t you do this in six months?"

This is what Ed Stetzer told those of us involved with the EFCA Church Multiplication team while we were at the 2019 EFCA One conference, and I believe he is right. Prayer should never be a passive activity but one that we see as vital for our survival. But lookout, because desperate prayer will likely birth a vision in your heart, one that may grab you and not let go. If you ask God whether or not your church should be involved with church planting, at any level, you better believe he will say yes!

What opportunities do you see around you? Who do you have on staff or as a volunteer or even someone in your student or college ministry whom God is priming to be sent? What are your resources right now? What is happening in your community? Is it time to plant a church with a different ethnic focus or in a community your church has not been able to reach?

To quote a question asked by Tim Ferris in his book, Tools of Titans: "If you have a ten-year plan of how to get somewhere, you should ask: 'Why can’t you do this in six months?'"

In other words, don’t wait. Reach out to your district church multiplication team. Our districts have passionate, knowledgeable leaders who are ready to help you with this process. They can guide you to resources that can help churches assess where they are on the journey of reproducing and walk with you each step of the way.

Remember, we exist to glorify God by multiplying transformational churches among all people.

Church Multiplication Sunday, on October 6, 2019, is the perfect opportunity to join the movement’s greater mission: to strengthen, revitalize and plant churches. You can join all the other EFCA churches throughout the country to pray for starting new churches throughout our nation and the world.