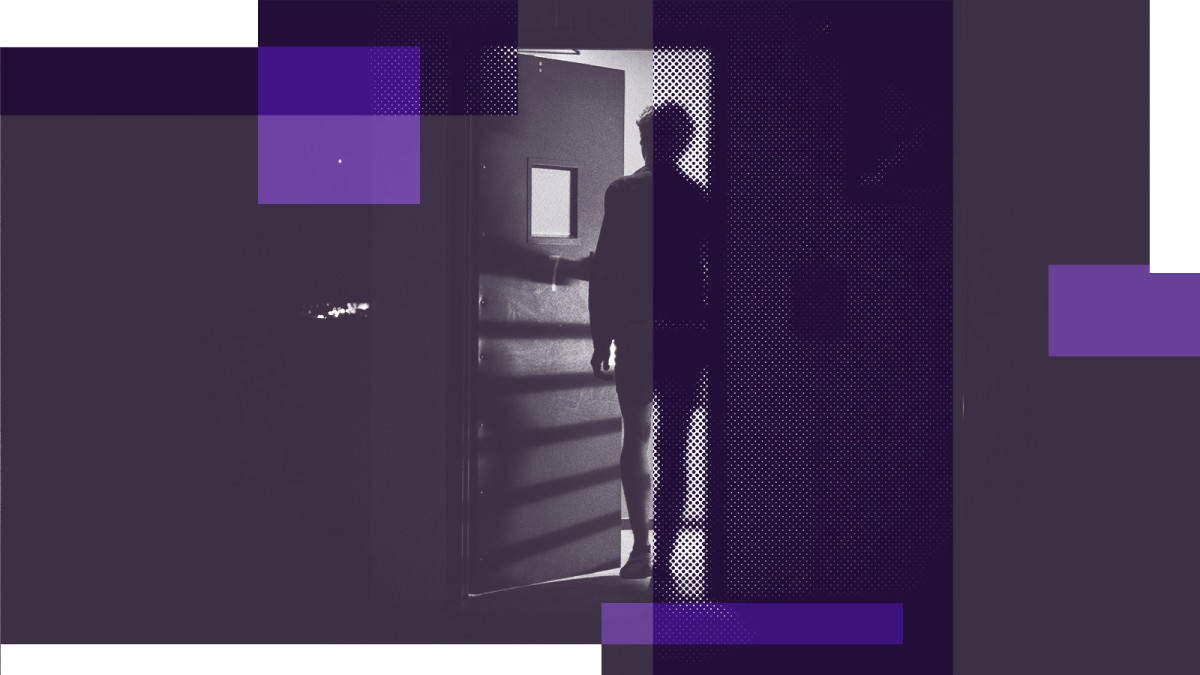 From 1953 to his assassination in 1968, Martin Luther King Jr. delivered many sermons at Dexter Avenue Baptist Church in Montgomery, Alabama, and Ebenezer Baptist Church in Atlanta, Georgia, among other churches and venues. Of course, his “I Have a Dream” speech delivered on the steps of the Lincoln Memorial is his most famous and perhaps one of the greatest speeches in American history. Though many of Dr. King’s sermons are over 50 years old, much of what he says retains its relevancy today. And, his sermon “A Knock at Midnight,” delivered as early as 1958, is no exception.

In “A Knock at Midnight,” Dr. King preaches on the verses in Luke 11:5-8, juxtaposing the parable with America's reality involving divisions, racism, the war in Vietnam and the overall feelings of hopelessness in society, and how the Church can share the gospel in response.

“Then Jesus said to them, “Suppose you have a friend, and you go to him at midnight and say, ‘Friend, lend me three loaves of bread; a friend of mine on a journey has come to me, and I have no food to offer him.’ And suppose the one inside answers, ‘Don’t bother me. The door is already locked, and my children and I are in bed. I can’t get up and give you anything.’ I tell you, even though he will not get up and give you the bread because of friendship, yet because of your shameless audacity, he will surely get up and give you as much as you need” (Luke 11:5-8).

Dr. King first highlights Jesus’ use of the word “midnight” as the context for the friend coming to ask for bread:

“The first thing we notice in the parable is that it is midnight. It is also midnight in the world today. The darkness is so deep that we hardly see which way to turn.”

He goes on to explain there are “three orders” of midnight at work here. First, it is midnight in the social order, and he points out that world powers are fighting for supremacy through arms races and wars, leading to greater weapons of mass destruction. It was the Cold War, and people were increasingly afraid of a third world war.

Despite the midnight hour, EFCA churches are working tirelessly to adapt, serve and love their people and their communities, faithfully depending on the Lord Jesus for strength and encouragement.

Today, local churches face other significant social challenges. The pandemic has shifted the cultural landscape with lockdown restrictions and other health requirements, causing the local church to pivot and adapt in new, creative ways. It has also caused social and political divisions which pastors, ministry leaders and local churches are thoughtfully and prayerfully navigating toward healthier unity in the body. Despite the midnight hour, EFCA churches are working tirelessly to adapt, serve and love their people and their communities, faithfully depending on the Lord Jesus for strength and encouragement.

In addition to the social order, Dr. King says it is also midnight in the psychological order:

“Everywhere there are people who are harrowed by day and haunted by night with paralyzing fears. Deep clouds of anxiety and depression are floating in so many of our mental skies. Indeed people are more emotionally disturbed today than at any other period of human history...All of this is indicative of the fact that it is midnight in the inner lives of men and women.”

Many believe America faces a mental health crisis today. Depression rates continue to increase and mental health workers, therapists and psychologists are in high demand. The local church has not been immune to this problem and works to address it with God’s Word and prayer. Additionally, pastors have stepped into this reality with compassion, lovingly guiding, serving and caring for the mental and spiritual well-being of their local church.

“Midnight is a time when everybody is desperately seeking to avoid getting caught. It is the hour when hardly anybody is concerned about obeying the Ten Commandments; everybody is passionately seeking to obey the eleventh commandment—“thou shall not get caught.” ...So in place of the Darwinian survival of the fittest, many have substituted a philosophy of the survival of the slickest.”

In a way, Dr. King is not just describing the degradation of the moral order of his time, but ultimately the human condition of sin. Of course, today, the sinful hearts of man have not changed. Man avoids and cannot live up to God’s Law. The EFCA Statement of Faith under Article 3 states our sinfulness this way:

We believe that God created Adam and Eve in His image, but they sinned when tempted by Satan. In union with Adam, human beings are sinners by nature and by choice, alienated from God, and under His wrath. Only through God’s saving work in Jesus Christ can we be rescued, reconciled and renewed.

“Everybody wants to love and be loved. He who feels that he isn't loved feels that he is nobody, that he doesn't count. So much has happened in the modern world to make men feel that they don't belong. Caught in the chains of injustice and the manacles of discrimination, many of us are left feeling that we are things rather than persons.”

All people desire to fit in, to be valued and to have their dignity affirmed. They have a deep need for community. God created us in His Image to have a personal relationship with Him and with each other. God loves us (Romans 5:8) and, in turn, we are commanded to love God supremely and others sacrificially. The EFCA Statement of Faith highlights these realities in Article 7 and Article 8.

While the world can be impersonal, building walls of division and stripping people of their dignity, we take hope in God’s Word. Ephesians 2:11-22 says that God has broken down the wall of hostility, that we are no longer strangers but in the household of God and that we are being built together. This is made manifest through the Church, and we are committed to affirm all people’s dignity with the love of Christ.

All people desire to fit in, to be valued and to have their dignity affirmed. They have a deep need for community.

Despite the darkness of our past and present realities, Dr. King concludes that the remedy is not more science or religiosity or politics, but the gospel of Jesus Christ. People in this midnight hour are desperate for the forgiveness, the hope, the love and the freedom only Jesus brings.

“The greatest challenge facing the church today is to keep the bread fresh and remain a friend to men at midnight. The church must proclaim God's Son as the hope of the world. Jesus Christ is the hope of men in all of their complex personal and social problems. Many will continue to come by the church in quest for an answer to life's problems...We must provide them with the fresh bread of hope and imbue them with the conviction that God is still working with this old sinful world, and he has the power to ring the good out of the evil... We must lead them to Christ where they can find the fresh bread of forgiveness...We must provide them with the bread of faith in immortality, so that they will realize that this earthly life is merely an embryonic prelude to a new awakening and that death is not a period which ends this great sentence of life, but a comma that punctuates it to more loftier significance.”

Though the challenges are many and the confusing darkness abundant, Dr. King points us to Christ, encouraging us to share His love to the world. And, even though it feels like midnight now, Dr. King optimistically and eloquently reminds us that it won’t last forever:

“The night before we were in a confusing midnight, but now daybreak had come. Yes, the dawn will come. Disappointment, sorrow and despair are all born in midnight, but we may be consoled by the fact that morning will come. ‘Weeping may tarry for a night,’ says the Psalmist, ‘but joy cometh in the morning.’ This is the faith that will adjourn the assemblies of hopelessness, and bring new light into the dark chambers of pessimism.”

The challenges of the day are reminders that we should not grow complacent but urgently and zealously be on mission, multiplying transformational churches among all people. We can eagerly come together in community and combat the spiritual forces of evil with God’s Word, the Spirit’s power and fervent prayer.

Daybreak will come; Christ will return. With this hope in our hearts, we can answer every knock at midnight with a warm welcome and offer the Bread of Life, abundantly.