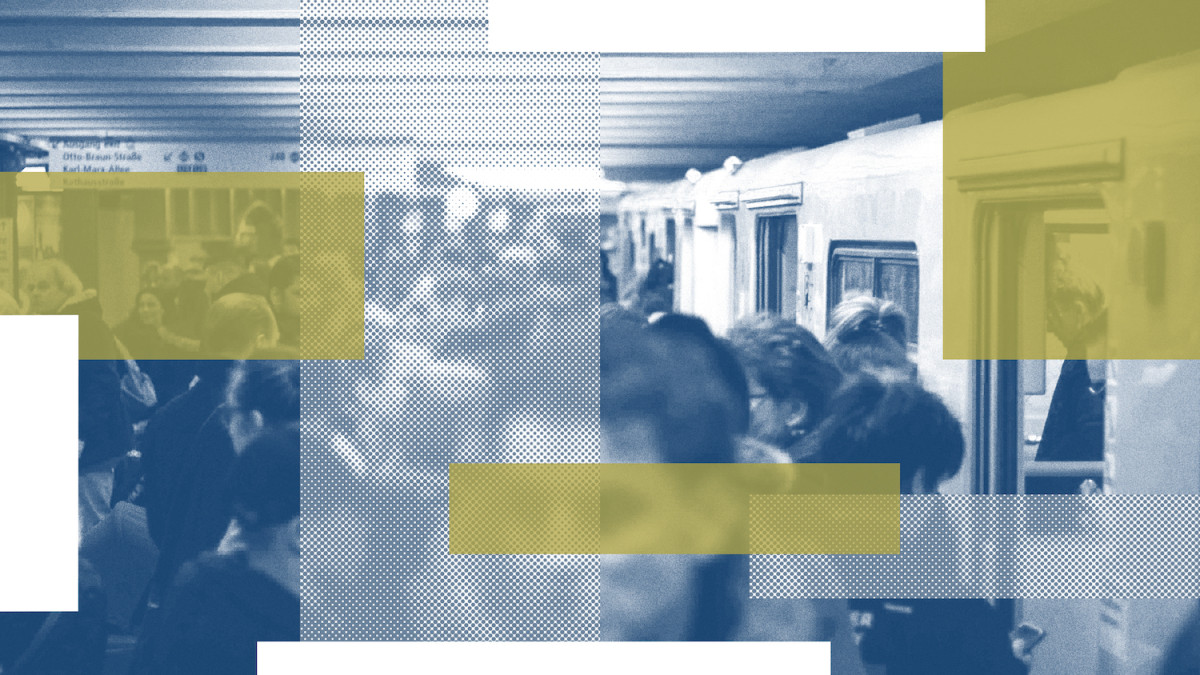 In 2015, I sat in the EFCA National Office, debriefing my previous two years in Budapest and interviewing to be long-term staff with ReachGlobal. I had moved to Hungary to open an art café with the Budapest City Team and it became clear very early on that two years wasn’t enough time. God had more for me in this city that became home.

The café had been open for about a year at that point and we had already seen God working, drawing in locals and fostering community in the neighborhood. It became a second home for many people, myself included. As a place to sit down for a relaxed conversation with a friend, enjoy a great cup of coffee, listen to live music and be exposed to local artists, it is unique in the neighborhood. For many people that visit, it fills a need they didn’t even realize they had: to experience authentic community and beauty. It was this vision—to build disciplemaking relationships and see the local church flourish—that drew me to be involved in the project in the first place.

I didn’t realize that I’d still be here seven years later, but I knew that I was being called to continue with ReachGlobal and at the café.

Though we didn’t know war would erupt when we planned our meeting, I believe it was a gift from God that we could be together.

One of the other candidates for change-of-status (transitioning from short-term to long-term status with ReachGlobal) was a woman who had been serving with Crisis Response, a division of ReachGlobal about which I knew very little. I was curious to hear more about her experience—she had just returned from an overseas trip that day and came to interviews totally exhausted.

I remember thinking, I don’t think I’m cut out for that kind of work. Always waiting for the news of crisis and steering toward it instead of away, it takes a special person to be on the front lines.

Crisis in my city

On February 24, 2022, Russia invaded Ukraine, escalating a war that started in 2014. I sat dumbfounded in the café in neighboring Hungary, my reason for moving to Europe. I had never been so close to an active war before; like many of my peers, I found myself shocked. I wondered, how do I respond to this as a ReachGlobal City Team leader, as a missionary, as a businessperson, as a human?

Suddenly nothing really felt worth doing. Everything was shrouded with the knowledge that women and children were fleeing, leaving behind their beloved fathers, husbands, sons and brothers. Cities, once home to people I  knew, were being shelled. Train stations were filled with people who didn’t know when their next meal would be, let alone which city they should travel to next.

On February 25, the Budapest City Team headed to a beautiful hotel in the hills north of the city for our annual strategic planning meeting. Though we didn’t know war would erupt when we planned our meeting, I believe it was a gift from God that we could be together. I had so many questions as the team leader. I knew that our entire retreat would change with this news, that we couldn’t possibly plan and prepare for the future in a time like this. At least, not in the way we thought.

[W]here there is a ReachGlobal City Team, they want to help us do those things in the context of our existing ministry.

We couldn’t talk about strategy when our hearts were breaking, so we didn’t. We spent time listening to each other, sharing our stories, crying together and crying out to the Lord together. We asked Him to show us what was next for us.

An answer from heaven

At the beginning of March, just days after the war began and our retreat ended, ReachGlobal Crisis Response sent some of their team members to join us in Budapest. Since I had never worked with their team before, I was excited to learn from them and have their expertise in responding to crisis as our team navigated this new reality.

I was expecting we would need to reorganize all that we did, to drop everything and become first responders. I was picturing us all at the border, handing out food and clothing. Images of sandbags and roofing tiles floated in my head because that represented the work I thought surrounded crisis; I didn’t know how to reframe my expectations to this altogether different kind of crisis.

And it wasn’t just me who hadn’t worked with Crisis Response previously—there hasn’t been a need for them in Europe since the foundation of their division, so we were all working together to explore this new territory.

It was crucial for us all to understand that they’re not only about addressing immediate needs, they want to bring transformation rather than transaction. They want to address physical needs, sure, but also spiritual, relational, emotional and mental needs. And where there is a ReachGlobal City Team, they want to help us do those things in the context of our existing ministry.

They didn’t try to pull us away from what we had been doing; they helped us see where we could shift our ministry to address this tragic crisis while furthering our goal of seeing God glorified through the multiplication of transformational churches among all people.

So, we spent time getting to know each other. Several of us had meetings with the Crisis Response director, Mark Lewis. Some of us went to the border together to better understand what other partners and organizations were doing. We gathered all of the ReachGlobal staff in the city together to receive trauma training. We were encouraged to think about how we could make small shifts in our current ministries to address the growing needs around us.

Even though our primary ministry areas and responsibilities haven’t changed a lot, we have felt the leading of God...

As our team talked, prayed and sought guidance, a few opportunities rose to the surface. We spent time at train stations with our partner churches, helping to bring order and systems to the thousands of people arriving each day, and to be a welcoming face to fearful and weary travelers.

At the time, the government hadn’t provided centralized services, so people arriving to the stations had to determine where they needed go—whether they were staying long-term or moving on to Western Europe, they needed assistance. Many of them had waited hours to get across the border and then sat (or stood) on a train or bus for hours to get to the city. We were able to provide small things, like whiteboards directing people to the different stations civil organizations had set up to help, like food stands, housing offers, people offering rides and translation help.

Lines were long and service was slow, but we created forms to streamline the process and make this time of transition slightly more bearable.

A few weeks later, as we continued to assess the need, two churches we work with banded together with partner organizations to open a mid-term shelter for displaced people needing more than one or two nights, but less than a permanent solution. We’ve been able to provide material things for the shelter like bedding, a vacuum cleaner and other supplies. One of our teammates has been working with the residents to make plans for their futures, helping them to find jobs, housing and resources in their destination countries.

Our team’s opportunities to serve right now look much different than I expected.

We are also partnering with a conference center outside the city where many displaced Ukrainians and missionaries have been able to stay for differing lengths of time. We’ve worked with YWAM to distribute food each week to those in need. And as individuals, we’ve remained open to how God might use our existing relationships with people and organizations to care for displaced people in need.

Even though our primary ministry areas and responsibilities haven’t changed a lot, we have felt the leading of God in discerning the opportunities before us to respond well in this time of crisis.

Daniel, a musician, has dedicated some of his time to the shelter, serving refugees. Adrienn, a psychology student and mother, has brought her own children and spent time with Ukrainian children. Harold, a church planter and coach, has worked closely with the leader of the conference center to assess needs and be a supportive presence. Robin, a college professor, has used her talents and experience as a teacher to tutor young Ukrainian students at an international school.

No one has pivoted completely from what they were called here to do, but everyone has found ways to be a part of caring for our new neighbors.

As the seasons change

Toward the end of the Crisis Response team’s first trip here, I finally put together that the woman who’d been leading our trainings was the same woman I had met at the national office in 2015. We laughed about not realizing that we had met years prior—and that here we were now, our paths crossing again as long-term ReachGlobal workers, serving together to see the gospel shared around the world.

Our team’s opportunities to serve right now look much different than I expected. I’m grateful for those who remain at the border providing food and aid or even go into Ukraine to deliver supplies, even though that is not how God has led us.

None of us know what will come of these opportunities we’ve stepped into, what kind of church plants they might result in or how the Kingdom in Ukraine might grow in small part because of what God has called us to here. But I am thankful for an expanded understanding of what it means to respond in crisis. I am thankful that my team was empowered by Crisis Response and the Europe Division leader not to pursue one specific thing, but to creatively and curiously step into unique opportunities in this moment. I am thankful to play a small part in ReachGlobal’s mission to invest in disciplemakers to establish the Church where the gospel isn’t known.

And I am thankful that I am on the front lines, interacting with real people and humbly offering what little I can, experiencing the presence of God.

If you want to get involved with the Ukrainian Refugee Response, learn more about opportunities with ReachGlobal Crisis Response here.