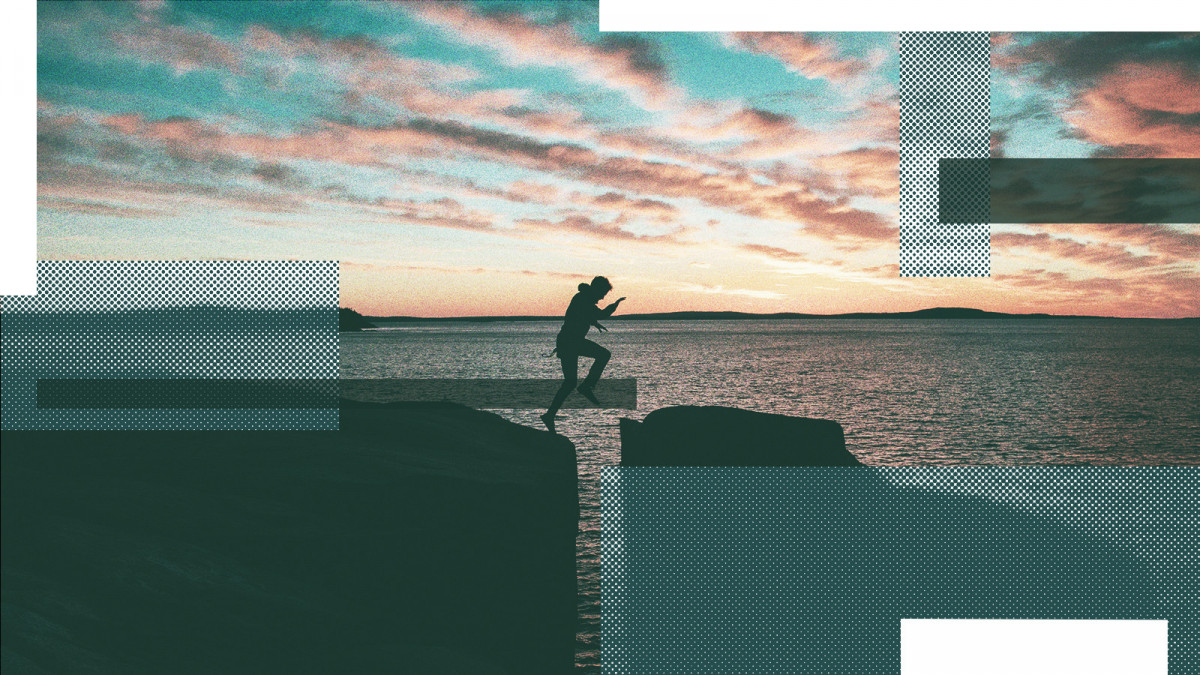 This article was originally published on the EDA Move Blog. You can find it in its original form here.

For the last 20 years, I have served the next generation through the EFCA. Looking back on my time as a youth pastor at three different churches, I have fond memories of the students and families that I had the privilege of serving. I’d like to think that much of what I did brought glory to God and will produce fruit for the Kingdom, but I must admit that there are some things I wish I had done differently.

[A]lmost half of the young adults in your church between 18-24 would strongly consider a leap of faith to join God in the global mission field.

Recently, my family visited an EFCA church in our area. As first-time visitors, we were warmly welcomed and found seats near the rear of the sanctuary. I noticed in the bulletin that the Senior Pastor was not speaking and prepared myself for what might be a long morning. But after an opening song and call to worship, the lead pastor moved to the pulpit and began to introduce the morning’s speaker.

He went on to admit that after the 40th sermon in a 49-part series from the book of Acts, he had failed his congregation. For the majority of their time in Acts, he had focused their attention solely on the church and unfortunately missed a key message they needed to see and hear.

The book of Acts not only recounts the beginning of the Church—it also reflects the missionary heart of God expressed in the gospel and practically lived out in the life and ministry of the Apostle Paul.

I was stirred not only because of the humility of this leader, but also because of the great need to call the church of today to take the call to missions seriously. I contemplated my own leadership in this area and I must admit that I, too, have failed in this area.

According to a recent Barna study, 53% of the young men and 42% of the young women who are actively involved in your church would consider Christian mission work as a viable option for them to pursue as a long-term career path. Let that sink in for just a minute: almost half of the young adults in your church between 18-24 would strongly consider a leap of faith to join God in the global mission field.

[P]rovide easy next-steps for the next generation to join God in His work here and around the world.

Imagine what would happen if they did. Rather than having an ever-shrinking pool of pastors to lead the church into the future, we would see an influx of young leaders eager to take the responsibility of shepherding God’s people. We would see the gospel preached to every unreached people group on the planet; the billions of peoplewho have never heard the name of Jesus would have hope for eternity rather than continue in their oblivion to the fact that they can be forgiven of their sin and spend eternity with the God who loves them. The next generation is paramount to the cause of Christ. The Church needs them.

Unfortunately, most won’t even consider this high calling. And there is a simple, unfortunate reason the next generation is not taking a step toward full time missions: no one is asking them.

Your influence is vital in the process of the next generation becoming gospel influencers to the ends of the earth. Many of us sensed a call from God on our lives and took humble steps to pursue that call, but without trusted leaders and supportive churches, the downward trend of a shrinking missions force will continue.

With some simple and intentional steps, we can do our part in sending the next wave of missionaries to bring the gospel to the world.

If you have young people in your congregation, the simple step of asking them to consider missions could be the only catalyst needed for them to start moving in that direction. Do not underestimate your voice and encouragement in the life of the next generation. They long for adults to believe in them, trust them and motivate them toward following God.

Another motivator is meeting people who have taken the steps to become full-time missionaries. Being exposed to healthy ministry leaders who are bringing the gospel to the world is inspiring. Do your best to bring missionaries to your church and give a platform to those you support. Don’t relegate missions to one Sunday a year—shine a spotlight on world missions as often as you can.

There is no greater recruiting tool for missions than to send your people on short-term missions experiences. Do whatever you can to open up opportunities for the next generation in your church to join in the gospel work happening all over the world. Introduce them to reputable organizations where they can get involved in ongoing ministry and take next-steps toward missions.

Ask God to raise up a group of students from your church who will join Him in the mission field. Luke 10:2 says, “The harvest is plentiful, but the workers are few. Pray to the Lord of the harvest to send more workers into the harvest field” (emphasis mine). This simple act starts to knit your heart to God’s heart for more people who serve Him.

Sending missionaries requires monetary support. In a day and age where the next generation is facing significant financial hurdles with education costs and very few people committed to supporting missionaries individually, it will be imperative that your church set aside money in your budget to support the next generation on the mission field. But it does not end with dollars and cents. Support also means encouragement, relationship and participation.

The EFCA and ReachGlobal exist to glorify God by multiplying transformational churches among all people. Disciplemaking is the heart of our movement. Collectively, we long to see Christ glorified in our efforts to help every person take next steps in their journey to join God in the great commission, wherever He calls them. As leaders, we have the privilege and responsibility to provide easy next-steps for the next generation to join God in His work here and around the world.

Will you join me by making the call to the next generation to take the gospel to the ends of the earth? We can mobilize the greatest force for the gospel the world has ever seen. And maybe all it will take is asking.

Within the EFCA, Apex Missions aims to serve you and help the emerging generation in your church who would consider long-term missions by providing easy next-steps to take. If you would like to know more, visit apexmissions.org or email David at david.boerema@efca.org.