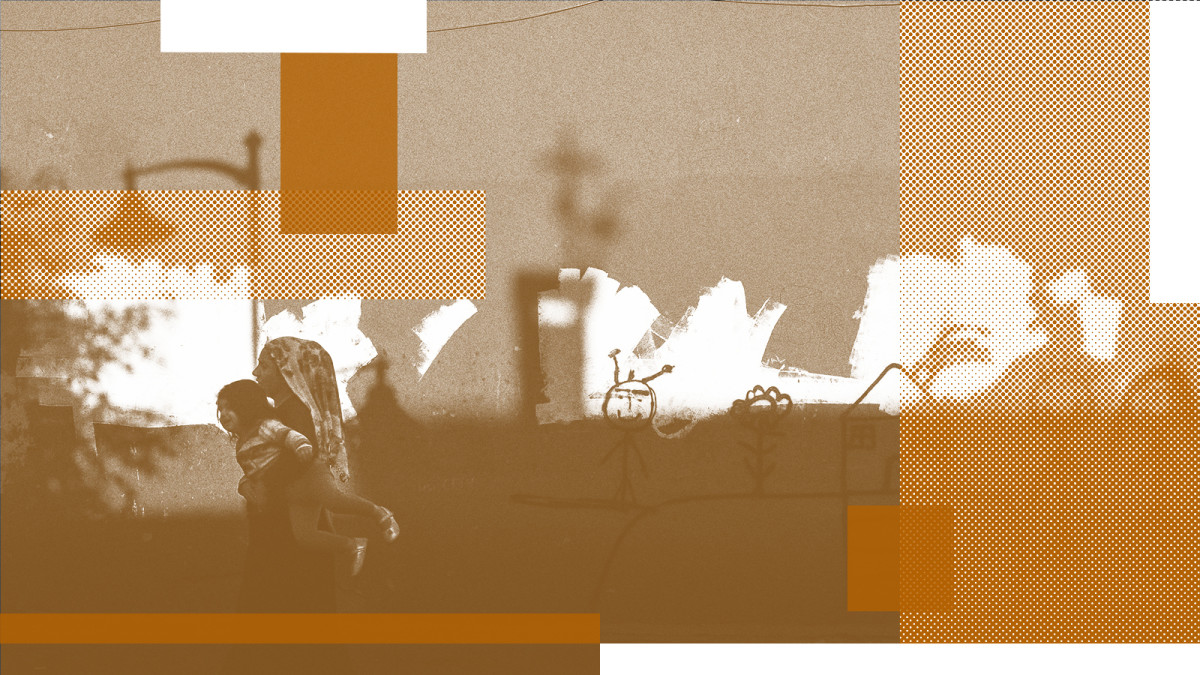 Mid-morning sunlight peeked through gaps in the orange curtains, oﬀering me a glimpse of the dingy street beyond. Despite the best eﬀorts of the cleaning lady, plodding through her morning mopping, the inside was dingy too — the activity room furnished with a collection of secondhand furniture and unwanted books and toys. A few posters and colorful bulletin boards revealed previous attempts to bring cheer into this dull space, now momentarily perfumed by the liquid in the mop bucket.

I could tell that God was placing a burden on my heart to do something, and I gradually began to get involved.

Over the past 12 months or so, I’d grown quite familiar with this room next to the railroad tracks on Lőportár utca (“Gunpowder Storehouse Street”). Here, God taught me how all of my plans pale in comparison with saying “yes” to His voice. And here He reminded me of the principle laid out by our missionary forerunner: Some plant, some water, but God alone causes things to grow” (1 Corinthians 3:6).

As I watched the children scarf down sandwiches and the toddlers play on the floor, their mothers looking on from the couches, my mind began to wander. However did I end up here?

For me, that year started out according to a normal pattern. Like so many of my ReachGlobal colleagues, I devoted several days to prayerfully plan the year ahead. At that time, my work was largely focused on shepherding our staﬀ team in Budapest, leading a Hungarian community foundation and serving on the core launch team for a new church plant. My planning retreat seemed to confirm that my priorities for the coming year would remain largely the same.

But something changed inside me that summer when Budapest started to fill with refugees. Not an immediate change, like the flip of a switch, but a gradual realization that God was opening a door He hadn’t shown me back in January.

Like so many other cities across Europe in the hot summer of 2015, Budapest became flooded with refugees. Their presence was inescapable. We couldn’t miss the enormous tent cities erected at train stations, and city parks and green spaces filled to capacity with weary people anxious to find even a scrap of shade. Once even the motorway heading toward Vienna had to be closed because it was filled with thousands of people walking toward the Austrian border.

I began praying for an opportunity to develop lasting relationships.

I could tell that God was placing a burden on my heart to do something, and I gradually began to get involved. At first I simply dropped oﬀ bags of food, toiletries and other relief items at a collection point near the train station, which was on my way to my ministry setting.

But before long it became apparent that these daily dropoﬀs weren’t all that God had in mind for me. So I made room in my schedule to stay longer at the train station a few days each week. That decision didn't come without a decent amount of internal conflict: I’m setting aside some key ministry goals in order to — do what? Hang around a train station several mornings each week hoping that something happens?

To this sense of conflict and the resulting prayers, God answered, “Yes. Just go.” So I went, and I went faithfully.

Much of what I saw during those early days of the crisis is still indelibly burned into my memory: a desperate father struggling to keep his children from being pushed oﬀ an overcrowded train; teenagers doing their best to be carefree and pass the endless days by playing volleyball; my urgency as I and some friends scrambled to empty our pockets and pool our money to help afamily buy tickets on a soon-departing train headed West; the relief in a newlywed’s voice and the tears in her eyes while talking to the father she’d left behind in Iraq, having used my cell phone to place the expensive international call.

It wasn’t long after I made the commitment to volunteer regularly at the train station that God began stirring my heart for something more. Of course I understood the importance of serving strangers by meeting very real felt needs — Scripture is replete with such exhortations — but my thoughts began to turn more frequently to how I might introduce them to Jesus. So I began praying for an opportunity to develop lasting relationships.

This moment, watching them sing to the Redeemer with joyful abandon, remains one of the formative moments of my adult life.

God answered that prayer by showing to me the transition home on Lőportár utca. The center provided a home to refugee families who, for one reason or another, were no longer trying to move on from Hungary to more promising situations. Instead, they were in the process of making Budapest their new home. At the transition home, families received help navigating various bureaucratic processes, including the daunting task of sending their children (who usually spoke Farsi) to school, where they would be learning in Hungarian. A team was forming to oﬀer a Wednesday morning meal and program at the center, and I agreed to take part.

Wednesdays quickly became the highlight of my week. That regret I had experienced earlier in the summer about putting some of my strategic priorities on hold? It completely faded away, and I eagerly looked forward to teaching English and basic Hungarian to children and adults, telling basic Bible stories and playing lots and lots of card games.

Each week as I arrived with bread, cheese, juice and tea in hand, a surreal scene greeted me. Surreal because of the unlikely mix of residents: homeless Roma families living side-by-side with Afghani refugees, both groups counted among the city’s outcasts. Surreal because of the unique mix of volunteers: a motley crew of foreigners from Western Europe, the Americas and Australia, under the capable command of Jasmine, herself a former refugee. And finally, surreal because of the clockwork regularity with which the extraordinary became ordinary.

One particular day sticks with me: Two young sisters in hand-me-downs and head coverings, faces beaming, are singing along with a Norwegian 20-something. “You lift my burden, and I’ll rise with you. I’m dancing on this mountain top to see Your kingdom come.”

I’d sung those same lyrics hundreds of times before, often on Resurrection Sunday. But these girls—survivors of unimaginable horror—had been born in a place that didn’t allow them to worship Jesus. And here they were. This moment, watching them sing to the Redeemer with joyful abandon, remains one of the formative moments of my adult life. I’m grateful that I snapped a couple of quick pictures of that scene on my phone, so that I can relive it every now and again.

But God had said, “Just go, and leave the rest to me.”

That’s just one of hundreds of memories we made over the course of one preciously short year: laughs shared over jelly-and-cheese sandwiches, outings to the zoo, visits from St Nicholas, English lessons and countless games of UNO—cheating allowed.

As the weeks went by, I imagined some of my precious new friends becoming disciplemakers in Budapest’s newly forming Afghani population. And I prayed fervently toward this end, wondering if God had placed me in a position to disciple those who would one day disciple other disciplemakers.

One young couple living in the home had already become followers of Jesus upon their arrival to Europe. They were expecting a child, and it was miraculous to think that an Afghani baby would be born in Europe to believing parents. The three of us prayed together that God would help them lead others to Jesus—others like the singing sisters.

But I never had a chance to see how any of their stories unfolded. Our path of friendship came to an unexpected earthly end when a fire at the transition home forced the relocation of all the families. And the political climate toward refugees at the time meant that we had no means of maintaining our connections.

Somehow that’s what I think the Lord intends.

I have to admit that because of the way things came to a screeching halt, I again questioned my involvement. Months previous, I had asked myself, Where’s this thing headed? How does it fit into your strategic plan? But God had said, “Just go, and leave the rest to me.” Now I couldn’t even do that.

Someone has said that investing in disciplemakers means making the most of every opportunity God provides to help a friend move one step closer to Jesus. Viewed through that lens, I’m convinced that we were good stewards of the short time we had with these friends. It’s not that we didn’t have greater hopes—that alongside English lessons and jelly-and-cheese sandwiches we might also see the beginnings of lasting fruit. But Paul reminds me that some sow, some water and God alone gives the growth.

Where are the sisters now? What about the young couple and their infant son? Are they making disciples among others from their country? Are they still following Jesus?

I have no idea. I can only continue to pray for them, hopeful to see them again on that day when our Lord returns and establishes His kingdom finally and completely on the new earth. Maybe we’ll even bump into each other while we’re dancing on the mountaintop. Somehow that’s what I think the Lord intends.