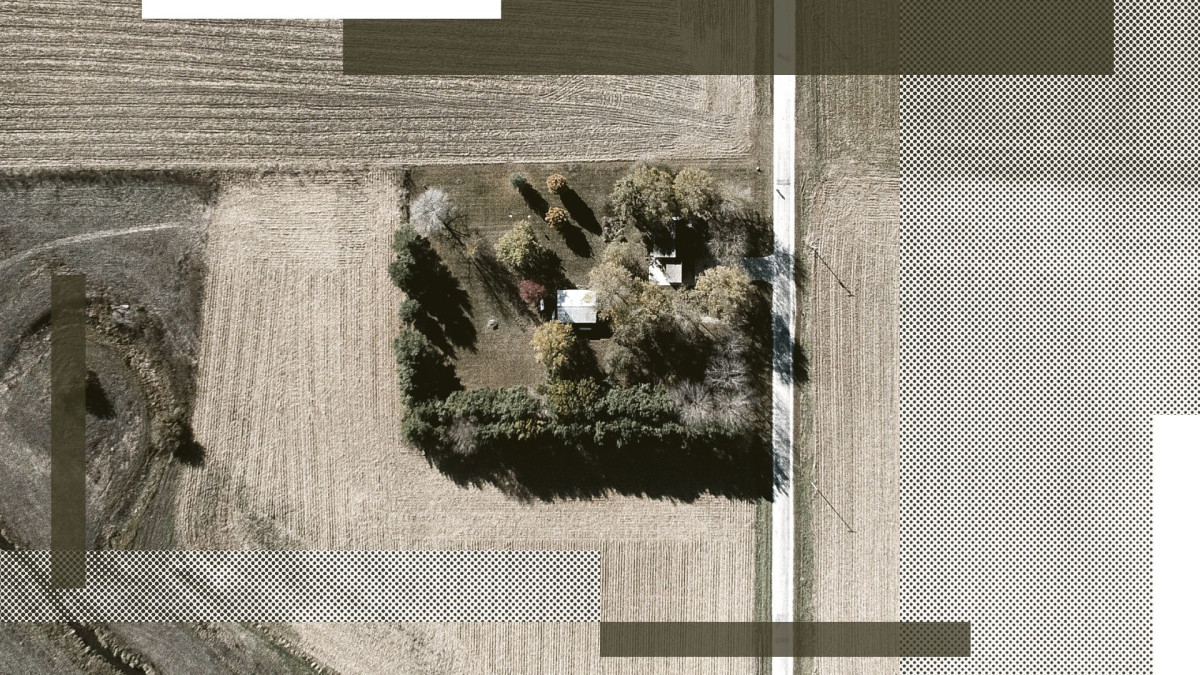 East Chain Evangelical Free Church has seen its fair share of ups and downs. Many pastors have come and gone, sometimes after only a short stint. Young people left and moved into the city. And while culture mostly stayed the same in their small community, those days have packed up and left as well. Yet, within the last few years, God has worked significantly in their church, providing a blossoming vibrancy inside a sleepy town.

East Chain, Minnesota sits just a little over four miles north of the Minnesota-Iowa border, as the crow flies. As of 2020, they reported 263 people living in their township, which is mostly farms and cornfields in every direction, except for East Chain Lake. The next nearest town is Fairmont, just 15 miles north.

Despite steady decline in their neighborhood, East Chain EFC has been a constant presence in the community. Rick Peterson, an elder at the church, said “he’s been there for 63 years and he’s 63 years old.” But it goes back much further. They celebrated their 125-year anniversary several years back and, according to Rick, “it may well be close to 130 by now.”

Throughout its history, God led East Chain to make several strategic ministry decisions, first and foremost to focus on children, youth ministry and young families. Even when it didn’t feel practical, senior leadership decided to hire a youth pastor. Through that, God opened doors for their youth ministry to build key relationships with the school system, which played a role in sustaining their young ministry.

God also worked to bring younger families to the church. Within the last decade, the church noticed that many young families had moved back to live in the community again.

Despite steady decline in their neighborhood, East Chain EFC has been a constant presence in the community.

“Our church right now is way younger than I am,” Rick Peterson said. “I’m telling you that I’m the exception, not the rule. Our Sunday School department can have up to 90 kids on a Sunday morning. That’s unbelievable out in the middle of a cornfield.”

Many of these young families have ministry and Bible school backgrounds, capable of getting involved in ministry in a variety of ways. They stepped into volunteer roles, leading the church and the next generation toward Jesus.

Church on the lawn

When COVID-19 hit, East Chain, like other churches across the country, needed to figure out how to pivot and find solutions to gather again. Their church leadership prayed about what they should do next. As summer approached, they hosted church services outside and simply called it “Church on the Lawn.”

“That was quite an interesting outreach,” Rick said. “We had families come that we never thought would come that just were missing community.”

As they saw God’s blessing, the congregation prayed whether they should continue it in the following summer, and they decided to make it an annual event. They spent more time to get the word out the second time, invited evangelists to speak and included food trucks for lunch. Through that event, they saw their numbers grow from 120 to 200 people.

"Our Sunday School department can have up to 90 kids on a Sunday morning. That’s unbelievable out in the middle of a cornfield."

Still, East Chain has seen hard times. Over the years, they’ve struggled to keep pastors in the pulpit. They hoped to have pastors for longer than ten years, but often, their pastors would hear God’s calling elsewhere. The frequent departures were difficult to take for those left behind. Eventually, when their most recent pastor left, they searched for a different pastor again and depended on guest speakers in the interim. In their search process, they came across several candidates, one of which was rural church pastor, Ben Fox.

Ben Fox needed a break. Serving as a pastor for almost two decades, he felt the call by God to take a sabbatical, pause and reflect on what He wanted for him next. After going through some difficult situations in life and sensing that his purpose was fulfilled at his church in Michigan, he resigned from that church and spent a year in prayer. During that time, he pursued potential ministry opportunities but found that God wasn’t calling him to any of them. Then some friends asked him, “Have you ever considered Minnesota?”

Ben and his wife were considering anything, anywhere where God wanted them to be. Their friends recommended East Chain Evangelical Free Church. They had a relative who lived there and knew that East Chain was in the process of hiring for a new senior pastor. It’s quiet and slow in East Chain, where everyone knows everyone else, and though it was mostly cornfields rather than woods, it was familiar territory for Ben. Interested in the role, he applied.

While he waited to hear back from East Chain, he discipled a small group of people at a local church. Eventually, that church’s pastor approached him about coming on staff at their church. Meanwhile, the application process at East Chain slowed down—it was planting season, farmers were busy and communication ground to a halt.

“So, we just felt like they [East Chain] had six good candidates,” Ben said, “I’m going to pull my name out, we’re going to stay here, continue to serve this church, raise our kids here and see where this goes. So I pulled my name from the application process.”

“The only way I’d consider that is if they were at ground zero and none of the candidates worked out,” he said.

Ben and his wife prayed about the position at their local church and served there for several months. However, once they realized that church couldn’t hire anyone, they reconsidered their options and wondered what God had planned for them. Their sabbatical was coming to an end, and they felt eager to find a church home where they could serve long-term.

Their hearts went back to East Chain. They wondered if the church had found a pastor and prayed that they would find one. His wife asked him if he’d consider reapplying for the pastor role.

“The only way I’d consider that is if they were at ground zero and none of the candidates worked out,” he said.

On Sunday, two days before Ben sent his text, East Chain leadership made an announcement to the church that they had two good candidates and one of them was “God’s man for the church.” That afternoon, though, one candidate stepped away from the hiring process and the second candidate did the same a day later.

The hair on the back of Ben’s neck stood up. He called it a “Holy Spirit moment.” He realized God wanted him to pursue the position at East Chain again. He smiled at his wife and showed her the phone.

“Do you think we’re going there?” she asked.

God gave them peace about it. He restarted the conversation with East Chain about the role and soon after became their senior pastor.

In the summer of 2022, despite the pandemic's downward trend, East Chain leaders decided to host more “Church on the Lawn” events. Once again, they set the stage, put out lawn chairs and had fellowship together. But this time, they relied on Ben to share the message and instead of food trucks, they provided meals for everyone for free. God worked even more through it, and they saw some of their largest numbers. Ben said at one point they hosted around 300 people.

“If you can explain what's going on,” Ben said, “it's probably not God doing the work.

“We’re doing a lot of what other churches are doing,” Ben said, “but God seems to just be blessing and pouring out His Spirit.”

When they do have church inside, the pews are packed. They have a small sanctuary with a balcony and an overflow area with a screen in the fellowship hall that seats around 40 to 60 people. Sometimes people are standing against the walls on the balcony. Their church leadership is currently discussing and making plans to expand the church building by adding a new sanctuary.

Whatever season your church is in today, may you find blessing and encouragement knowing God is faithful and working, calling and leading people to himself through His Church.