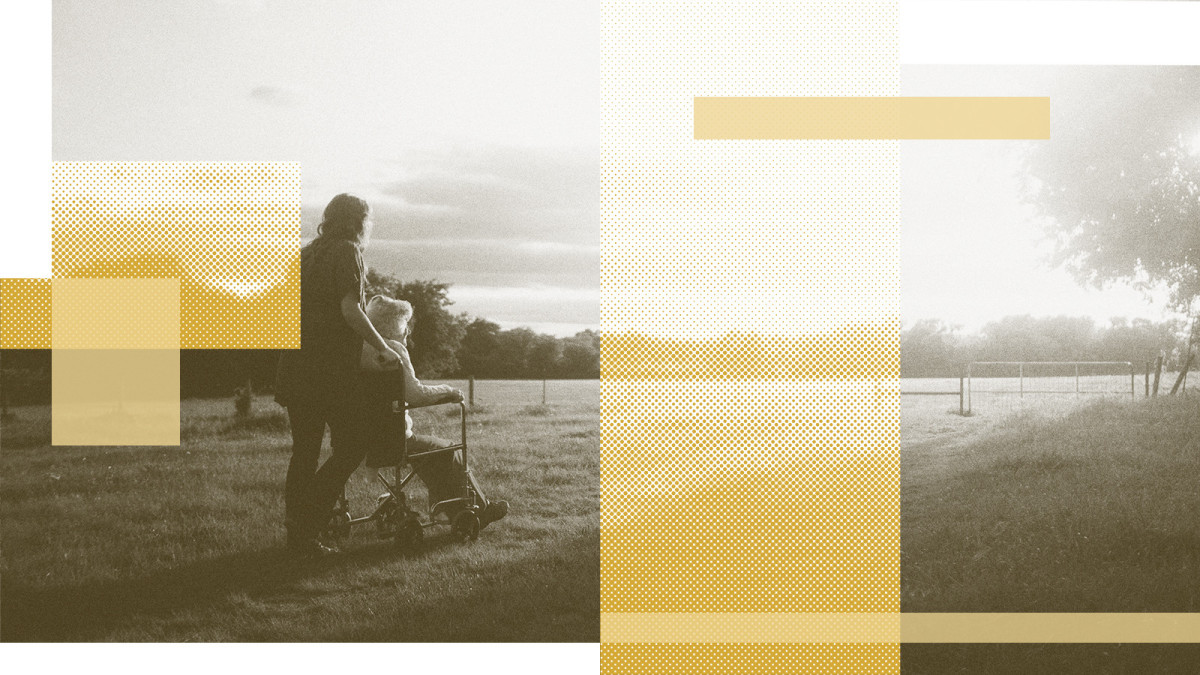 Three years ago, my parents came to live with me and my wife. My dad is in the severe stage of Alzheimer's disease, and my mom requires 24-hour care. Adjusting to this new normal has required changes in my life and ministry because—as we all know—life and ministry go on.

How do we approach this final period of time with parents?

I can’t remember the exact year my dad was diagnosed with Alzheimer’s disease, but when the doctor delivered the news, we knew it would be a losing battle. Dad would experience a drop in memory, bodily functions and abilities many times a year, and then plateau; the symptoms would worsen over time, usually in incremental steps. That’s the progressive nature of the disease and the death of my dad’s brain.

Now, in the late stages of Alzheimers, Dad has moments of awareness, but they’re fewer every day. I struggle to know when to ask the Lord to be merciful and end this suffering. In all reality, I am mourning while he’s still alive, and it feels strange. I don’t want to treat my dad as if he’s dead because he’s right here before my eyes. It raises a question—how do we approach this final period of time with parents?

The onset of ailment

My mom became a believer the first time she went to church and heard the gospel. She sang in the choir and joined the youth group, where she met my dad. They married and eventually, when I was seven years old, my family immigrated from Mexico to the U.S.

Dad was strict, serious, almost military-like. The regimens he learned when he went to boarding school stuck, so we had a tightly run household—there was not a lot of dialogue about how things would go around our home. My parents were honest, obedient to the Lord and lived sincerely in their faithfulness to Him.

As a civil engineer, my dad had a sharp mind, but about eight years ago, something noticeable began happening. When my dad would go to the store to pick up things for my mom, he would call her to ask: “Where am I going?” and “What am I supposed to get?” It became obvious his short-term memory was declining.

Six years ago, we moved Mom and Dad closer to us, into a senior community apartment building. Later that year, on his own, Dad decided to stop driving. He’d had a few close calls and was losing his ability to react.

My wife and I embarked on this journey because we wanted to honor our father and mother by caring for them.

Only a couple years after that, both Mom and Dad were getting sick regularly. We visited them routinely and found they struggled with normal daily tasks; it became evident they were unable to care for themselves. That’s when we decided to move them in with us.

My wife and I embarked on this journey because we wanted to honor our father and mother by caring for them. For those of you who grew up in Christian homes, you may have heard this phrase often when you were young. But I’m grateful the Bible doesn’t specify a stage of life in which to follow this command—it simply tells us to “honor your father and mother” (Ex 20:12).

How we care for my parents affects my family’s daily reality, especially as it relates to how we feel. It would be easy to resent this situation, but when I remember our driving motivation—to honor God and honor my parents—I can view this experience through the lens of gratitude. This decision has made life hard, yet we are honoring my parents, and it’s an honor to care for them.

Sneering at our shame

I recently preached from Hebrews 12:1-5 at Los Pinos Nuevos church in Havana (a partner church of the EFCA). A portion of this passage talks about Jesus bearing the cross with joy because of the glory He could see. The last sentence in verse 2 says:

“For the joy set before him he endured the cross, despising its shame, and sat down at the right hand of the throne of God.”

We can look at those seemingly humiliating situations not in defeat, but with the question, “Is this all you have for me and Jesus?”

“Despising its shame” are the words that hit me. The original meaning of the word “despising” is more that he sneered at the shame. The word is best translated as “scorn” or to consider something as not having any value or strength.

On the cross, Jesus experienced shame, but He knew what was coming and could sneer at the shame of the crucifixion, the mockery and the abandonment by his disciples. This picture helps me understand what it means to bear my cross and the gratefulness that comes when we look at incurable, debilitating situations—like the ones my parents are in—because of the hope we have in Jesus.

We can look at those seemingly humiliating situations not in defeat or with a downcast look, but with a sneer and the question, “Is this all you have for me and Jesus?” Am I supposed to be despondent and ungrateful because I’m facing difficult, even terminal situations? No, there is this foundational truth—because of Jesus’ example, sacrifice and resurrection, we look at these situations differently.

I look at my parents and know their hope is in Jesus and that they’re waiting to see Him face-to-face. Death really doesn't carry the sting for them as it does for someone who has no hope. Our perspective is hopeful, almost defiant toward suffering. For me and my family, we know physical ailments and disease are not going to defeat us. This is an opportunity to experience hope in the midst of suffering.

The idea that we must simply bear suffering, “keep on keeping on,” “hang on or trudge through life,” is just not accurate. The truth is that Jesus is going to sustain me through the suffering, and that produces joyful endurance. Think of someone thriving in the middle of running a marathon. This is what James 1 talks about:

“Consider it pure joy, my brothers and sisters, whenever you face trials of many kinds, because you know that the testing of your faith produces perseverance. Let perseverance finish its work so that you may be mature and complete, not lacking anything.” (Jas 1:2-4)

My dad is in the midst of the marathon of a debilitating disease that will not get easier, but we are with him every step of the way. Even so, we are not able to protect him from everything.

When we brought my dad into church, he looked around, lifted his hands up in the air and said, “This is my church!”

One evening, my dad was sitting on a chair in his bedroom. I left him to go downstairs for just a minute, and as I reached the bottom of the stairs, I heard a thump. I ran upstairs and found my dad on the floor. He had tried to get onto his bed, which was next to his chair. In a matter of seconds, he lost his balance, fell sideways and broke his hip. He had surgery, spent one week in the hospital and more than two months in a rehabilitation facility. He lost a lot of mental capacity, along with his ability to get around. This was a plunge in his journey.

When my dad had healed enough from his broken hip that he could be moved, we brought him to church. I thought he’d forget everything. He could hardly speak anymore and was limited to one word at a time. We often have to feed him a word and figure out what he's trying to say. But when we brought him into church, he looked around, lifted his hands up in the air and said, “This is my church! This is my church!”

That’s the Spirit of God still at work in him, even in the midst of this suffering.

Dad also remembers music. Whenever he hears the old hymns, they calm and soothe him. He clearly enjoys and engages with these songs. These are glimpses of the Spirit bursting through the physical and mental suffering that he’s going through. They’re a reminder of the presence of God in my father’s life that can’t be denied. I’m grateful to see God’s grace in and through him as we honor my mom and dad, even in these final stages of life.