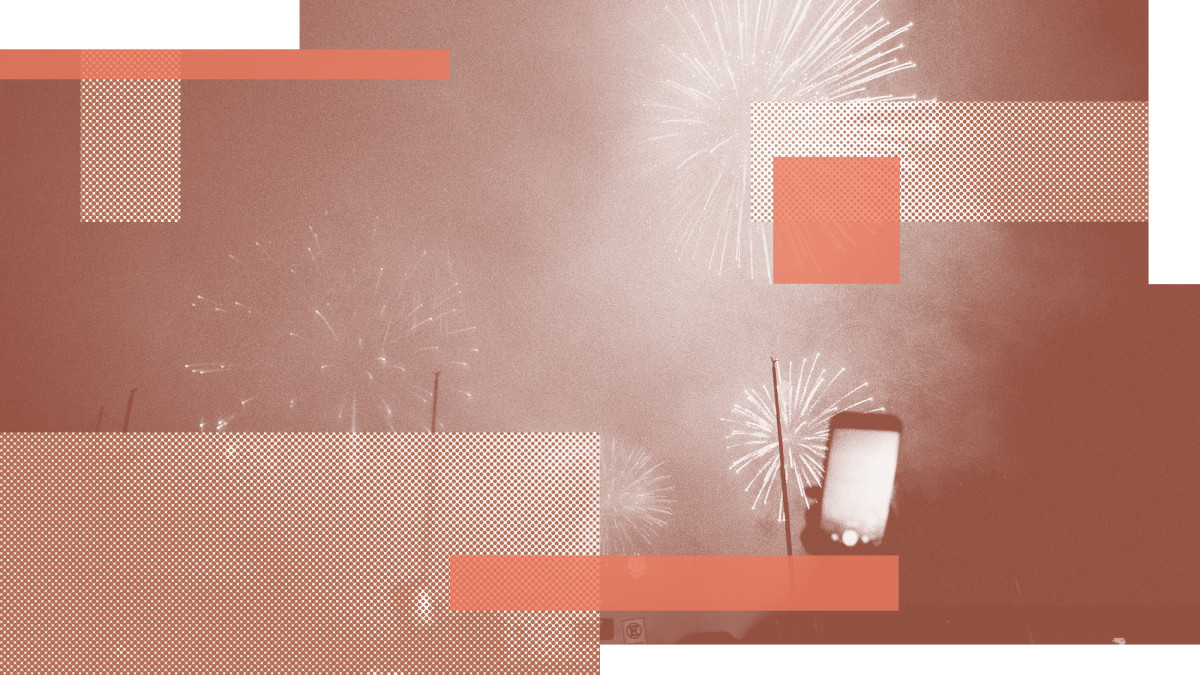 “The people of Texas are informed that, in accordance with a proclamation from the Executive of the United States, all slaves are free.”

The Emancipation Proclamation was enacted two and a half years earlier, on September 22, 1862, but at that time Texas wasn’t monitored as closely as other Confederate states. Slave owners took advantage of this and fled there to own and work enslaved people as if the Proclamation had never been signed. The state was considered a frontier—separated by great distance from the bulk of Confederate states—and there were a scarce number of troops to enforce the Proclamation, so enslaved people in Texas weren’t aware of their freedom. Before General Granger’s announcement, for all intents and purposes, slavery was still a real thing in Texas.

Similar to Independence Day, Juneteenth is an opportunity to remember and celebrate the end of slavery in America.

That’s how June 19, 1865—rather than September 22, 1862—became the oldest known celebration to commemorate the end of slavery in the United States.

A reason to celebrate

With that order from General Granger, 250,000 enslaved people learned of their freedom. From History.com:

“The year following 1865, freedmen in Texas organized the first of what became the annual celebration of "Jubilee Day" on June 19. In the ensuing decades, Juneteenth commemorations featured music, barbecues, prayer services and other activities, and as black people migrated from Texas to other parts of the country, the Juneteenth tradition spread.”

In the 1870s, a group of former slaves pooled together $800 through local churches to purchase ten acres of land and create Emancipation Park to host future Juneteenth celebrations in modern-day Houston. While Texas was the last state to free enslaved people, it was the first to declare Juneteenth a state holiday.

While the majority of Americans celebrate independence on the Fourth of July, many are just now learning about Juneteenth. Be honest, did you know about Juneteenth before today? Similar to Independence Day and our remembrance and celebration of freedom from British rule, Juneteenth is an opportunity to remember and celebrate the end of slavery in America. While slavery is a painful part of our country’s history, recognizing Juneteenth is a small step toward acknowledging the experiences of African Americans.

A reason to mourn

Despite General Granger’s announcement of freedom, systemic injustice prevented them from experiencing that freedom. For the enslaved people who weren’t present for the announcement, many of their masters withheld this information to reap more profit while those in slavery remained unaware. Some were even killed while trying to escape—these events occurring days after their freedom was announced...and multiple years after it was put into law. In the years following, other means were created to keep black freedmen and women in servitude, and laws were enacted to limit their rights.

If our brothers and sisters from other races and backgrounds experience injustice, we are called to take up their burden.

Even today, we see the ramifications of the injustice that followed the Emancipation Proclamation and Juneteenth. Systems of injustice continue to limit the freedoms of minorities. Our present cultural realities have revealed with greater clarity how unjust practices are still embedded deep within the fabric of American society.

If a segment of God's family is being treated unfairly, we must all respond because what happens to one impacts us all. If our brothers and sisters from other races and backgrounds experience injustice, we are called to take up their burden.

During WWII the state church in Germany supported Hitler, but pastors like Martin Niemöller and Dietrich Bonhoeffer gave hope that the Church would stand and speak against the actions of the Nazis. Both paid for their stance with their lives. In the following poem, Niemöller, speaks to his motivation for action:

“First they came for the socialists, and I did not speak out—because I was not a socialist.

Then they came for the Jews, and I did not speak out—because I was not a Jew.

Then they came for me—and there was no one left to speak for me.”

(And the Witnesses Were Silent: The Confessing Church and the Persecution of the Jews)

If hate can be legally practiced based solely on skin color, what makes us think that we won’t be next? We should care for all those suffering from injustice. When a brother or sister who is made in the image of God suffers injustice, we must step into action.

A reason for action

Far too often, we emphasize teaching the right thing or saying the right words without putting the same concern on doing something. We maintain a false sense of legitimacy and credibility without taking any risk or stepping out in faith. It’s orthodoxy without orthopraxy.

Can we hold ourselves up as good teachers if we are not matching good teaching with good practice?

Over and over throughout the Gospels, Jesus followed His teaching with practical training (Matt 10). Can we hold ourselves up as good teachers if we are not matching good teaching with good practice? If we practiced first, I’m sure it would make our teaching more real and relevant. The Lord knows we need to live what we preach.

While our country debates over whose lives matter, how to fund safety and who has what privilege, the Evangelical Free Church of America has guidance we should remember. Our Statement of Faith says that:

As followers of Jesus, we need to hold ourselves accountable to what we say. If we did, I am convinced we would far exceed our church planting goals. The new kind of disciples we make would lead us into the future.

The first step in sealing the breach is to acknowledge injustice and trust ourselves into the righteous hands of the righteous Judge. Will not “the God of all souls” (Ezek 18:4) do what is right? Jubilee has been withheld from the land for too long. Let’s be participants in God’s restoration mission. Thy kingdom come thy will be done ON EARTH AS IT IS IN HEAVEN!

Isaiah 58 paints a picture of what it means to fast and labor for the Lord’s will to be made evident in our land. May we listen to the words of the prophet and use these practices as a means of remembering the cause of the oppressed:

This Juneteenth, as we remember the end of a terrible part of our country’s history, let’s remember that we are still called to bring freedom to the oppressed.

Wait for it...Isaiah goes on:

“THEN your light shall break forth like the morning,

Your healing shall spring forth speedily,

And your righteousness shall go before you;

The glory of the Lord shall be your rear guard.

Then you shall call, and the Lord will answer;

Let’s not wait two more years to declare the year of Jubilee. This Juneteenth, as we remember the end of a terrible part of our country’s history, let’s remember that we are still called to bring freedom to the oppressed.

How is your church championing the cause of the oppressed? Let us know by emailing your story to allpeople@efca.org.