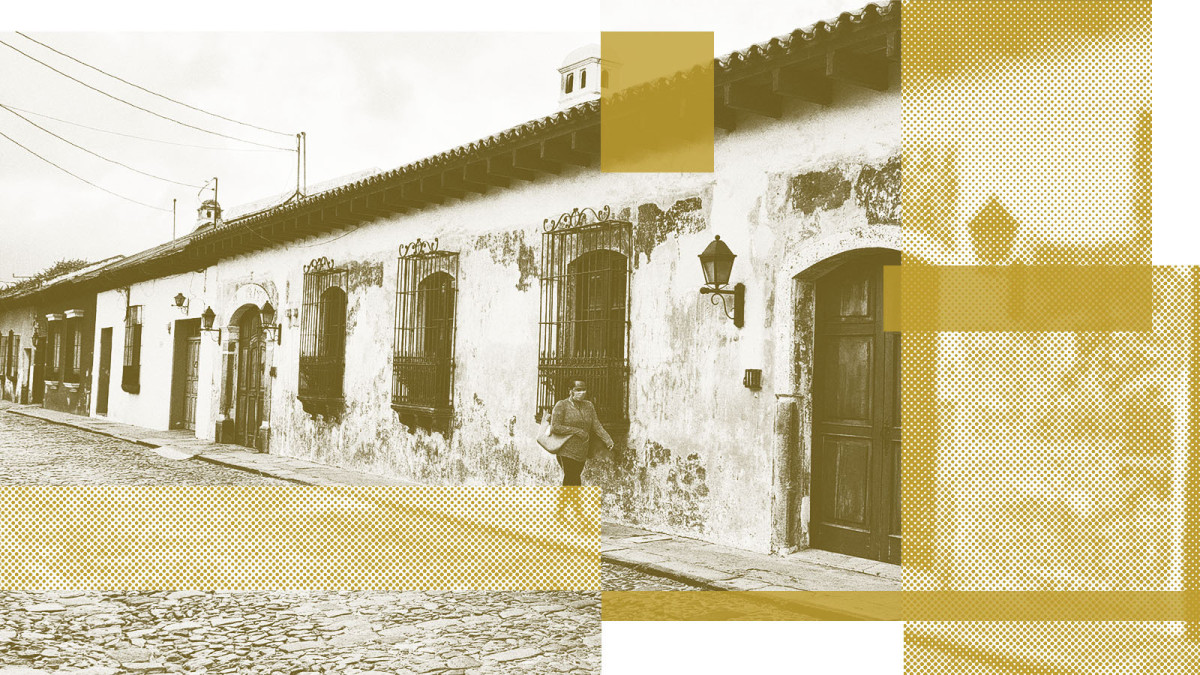 Pastor Randy Widbin of Christ Community Church, an EFCA church in Sioux Center, Iowa, had a problem: he and his church wanted to bring Pastor Carlos Perez of Venezuela to the United States to install him as a full-time pastor for a new Spanish-speaking congregation within the church, but without the finances or legal knowledge, he felt stuck.

Randy met Carlos roughly 10 years before in Valencia, Venezuela on a missions trip. Their church partnered with Carlos’ church in the Free Church of Venezuela. Every summer, they sent missions teams to the Naguanagua municipality of Valencia to help with projects and to minister to the community. One year, they formed a construction team to put a roof on Carlos’ church building and upgrade the facilities, and during that trip Randy and Carlos became friends.

As time went on, Christ Community stopped sending missions teams to Venezuela due to safety concerns for their team. Ministry opportunities were too risky, but Randy and Carlos maintained contact. As the economic conditions worsened for the people of Venezuela, the church looked for opportunities to send supplies to Carlos. They also were able to bring him to the United States for brief trips to visit Christ Community Church. During one of those times, Randy felt compelled to help a friend.

During one of those times, Randy felt compelled to help a friend. “I said to him, if you ever want to consider ministry in the United States, I would be glad to do whatever I can to help.”

“I said to him, if you ever want to consider ministry in the United States, I would be glad to do whatever I can to help.”

Carlos initially rejected the offer, saying he wanted to continue ministry in Venezuela, but then later after prayer and the leading of the Holy Spirit, had a change of heart. He said he was open to the offer but only if it meant working with Randy in ministry. With that, Randy approached the church’s missions committee and they formulated the idea of bringing Pastor Carlos on staff. The Latino population continues to grow in Sioux Center and they realized having a Spanish-speaking pastor would help them reach that community for the gospel.

“That’s when we began to say, ‘Okay, how do we actually do this? How do we bring Carlos and his wife Raquel to the States?’” Randy said.

To find answers to this question, he made a series of calls to people he thought could guide him, but he didn’t find a possible solution until he landed on a phone call with Alejandro Mandes, EFCA executive director of the All People Initiative.

“Alejandro Mandes said to me, ‘Randy, I can’t help you, but I know the person who can. His name is Roy Larsen. Let me give you his number.’”

By the time Randy called Roy Larsen, Roy had been with Immigrant Hope in Brooklyn, New York for seven years, first part-time and then full-time as Site Director. He’d received a lot of clients and calls over the years, but rarely did he get calls outside the state of New York.

“I think 90% of our clients come from Brooklyn. They'll take trains and all kinds of ways to get to us. So there are people in the community that come, but also a lot of people that travel from all over the city. We’re not limited to where we can serve, but we have to keep records in Brooklyn,” Roy said.

Roy was born and raised in Queens in a neighborhood close to the John F. Kennedy International Airport. There, he developed a love for people of many cultures. From 1984 to 1996, he and his wife served the EFCA as missionaries in Congo, before he transitioned to the director of urban and intercultural ministries for the EFCA Eastern District (now EFCA East).

“I think 90% of our clients come from Brooklyn. They'll take trains and all kinds of ways to get to us. So there are people in the community that come, but also a lot of people that travel from all over the city..."

“I’m the main legal, qualified, accredited person to legally represent people and their immigration cases. I’m not a lawyer, but basically, I file applications which include citizenship, green cards, marriages and religious worker visas.”

Pastor Randy didn’t know it at the time, but it was a religious worker visa (R1 Visa) that he needed to bring Carlos to the United States to become their Spanish-speaking pastor. When Randy spoke with Roy about their chances of securing the R1 visa, Roy couldn’t make any guarantees, but he felt they had a good chance.

The paperwork and the interview

It would take a full year of paperwork before Carlos and his wife Raquel would have the chance to interview at the U.S. Embassy in Caracas, Venezuela. It was roughly a two-hour drive to the capital city from Valencia. Carlos and Raquel were very nervous. After all, they had spent a better part of a year preparing for that day. What if something went wrong? What if their visa was denied?

“There's a ton of paperwork,” Roy said, “The church has to show it has enough finances to bring somebody on staff. The pastor himself has to show qualifications. They’ve made it a pretty high standard for religious worker visas. It’s a detailed, tedious process. And in my experience, the interview process can also be a challenge; sometimes the interviews go well and other times they can be adversarial.”

When Carlos and Raquel arrived at the U.S. Embassy, they didn’t know what they were in for, but trusted God to guide the process. Their interview only lasted 10 to 12 minutes—they were asked a handful of questions about why they were going to the U.S. and their ministry. Eventually, when the questions were over, the interviewer thought for a long while and then said, “Welcome to the USA.”

Several years before Carlos and Raquel came to serve at Christ Community Church, Pastor Randy and his wife provided transportation to the church for a Latino family in the community. They drove their two boys to AWANA each week and one of the boys, Jesús Marquez, came to know Jesus at a young age through that ministry and his mother’s nurturing. One day Jesús’ mother came to Pastor Randy and said, “Pastor, we would come to Christ Community Church on Sundays, but we don’t understand you when you preach.”

“I think what Jesús mother meant was that her English was limited and my Spanish was limited,” Randy said. “She and I had a good laugh together about that.”

Through the relationship with the Marquez family, Randy and his wife tried to reach the Latino community in Sioux Center, but they kept running into language and cultural barriers. They needed a Spanish-speaking pastor; Carlos was their answer to prayer.

It would take a full year of paperwork before Carlos and his wife Raquel would have the chance to interview at the U.S. Embassy in Caracas, Venezuela.

Carlos and Raquel moved to Sioux Center, Iowa in January 2019 and immediately got to work, building relationships and spreading the word about their new Spanish-speaking service called Iglesia Comunidad de Cristo. Through flyers, posters and word-of-mouth, they saw growth as people started to invite their friends and family.

By the time Iglesia Comunidad de Cristo started, Jesús was much older and continued to show a real interest in spiritual things. Now, he, his brother and the whole Marquez family attend the Spanish-speaking service. In addition, Jesús helps lead worship by playing guitar with several others. This was a significant blessing and answer to prayer for Randy and Carlos, and in the beginning of this new ministry, they saw fast growth.

“Before COVID, we had around 40 people attending our Spanish-speaking services. Since that time, around nine people have received Jesus as personal Savior during our ministry,” Carlos said.

One woman, in particular, started to attend Iglesia Comunidad de Cristo regularly and called Pastor Carlos, asking him if he would be willing to visit her brother, Diego, in prison. Diego personally requested to see a pastor and she wanted Carlos to go. Carlos said yes and shared the gospel to Diego on his first visit. Diego seemed without hope, but when Carlos shared the gospel, he saw a life change.

“I invited him to pray and receive Jesus and he said yes. Afterward, he began to cry because of the joy. And I asked him, ‘Where do you think Jesus is now?’ And he said, ‘He’s in my heart.’ Why? ‘Because I opened my heart and my life to Jesus.’”

Only a couple weeks later, Diego started to share the gospel with other prisoners in the jail and he called Pastor Carlos and said, “Pastor, we have a lot of work to do here.” Since then, every week, Carlos has been discipling Diego, and Diego has been discipling other new believers in the prison, studying the Word and praying for the other prisoners.

“Before COVID, we had around 40 people attending our Spanish-speaking services. Since that time, around nine people have received Jesus as personal Savior during our ministry,” Carlos said.

With Iglesia Comunidad de Cristo growing and seeing people turn their lives to Jesus, they planned a baptismal service. Last summer, Christ Community Church held this baptismal service, combining both English and Spanish-speaking congregations. There, a Guatemalan woman, a Mayan woman and her daughter and a Native American woman were getting ready to be baptized. The Mayan woman also happened to be the wife of Diego, whom Carlos led to Christ.

In Guatemala, there is significant political, economic and ethnic tensions between the Guatemalan people and the Mayan people. During the service, Pastor Randy took note of this and was amazed by how, despite these cultural tensions, both women were being baptized together.

“Here they are being baptized in the same service,” Randy said, “I thought, this is a picture of Revelation 4. It was just stunningly beautiful.”

Immigrant Hope for the multiplication of churches

Through their holistic ministry of providing immigration legal advice and services, Immigrant Hope builds bridges to immigrant communities and creates potential pathways for pastors, missionaries and ministry leaders to share the gospel, make disciples and multiply transformational churches among all people. For Roy Larsen, the pairing of Immigrant Hope with church planting is a powerful force that more ministry leaders should consider.

“I would like to continue and I think I can still do a number of tasks remotely. So I’ll probably stay involved with the Brooklyn office with the intentionality of eventually working my way out of a job.”

As for Randy and Carlos, they continue to work together proclaiming the gospel. Carlos has seen both spiritual and numerical growth with their Spanish-speaking congregation. He would like to continue ministering to the Latino population in Sioux Center, but his R1 visa is set to expire in a couple of years and cannot be renewed. He is currently on the front end of a long process to obtain a green card with the help of Immigrant Hope.

To learn more about Immigrant Hope and its ministry, visit immigranthope.org.