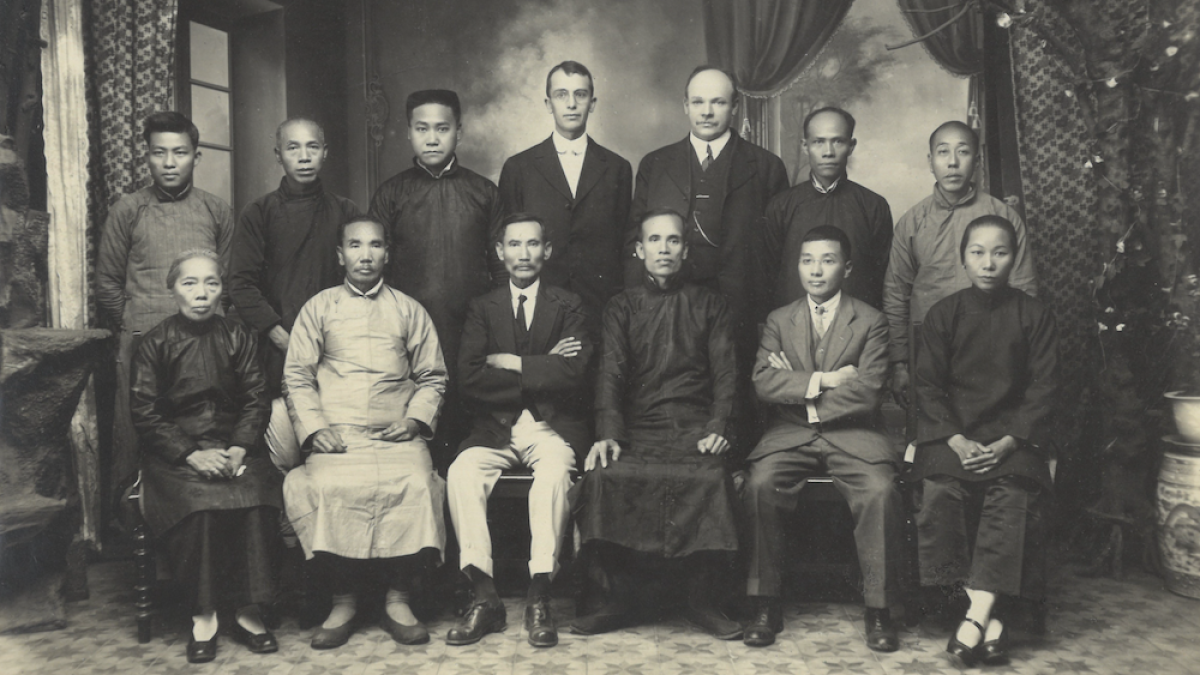 Though ReachGlobal sent out its first missionary in 1887—Hans von Qualen to China—the mission was basically led by committee. It was a full half century before they realized that future growth would require a full-time leader. So, in 1946, Reverend Hugo Rodine was chosen as the Secretary of Foreign Missions. Rodine had attended the Swedish Bible Institute, which later became Trinity. With a heart for evangelism, he conducted tent meetings in Nebraska during his student years.

While serving as pastor in an EFCA church in Portland, Oregon, he and his wife Ruby were called to join our team in China, helping lead the transition after Von Qualen’s resignation. They served for 10 years, until 1927, when he came down with typhoid fever. Medical care was marginal; he was put on a ship back to the U.S. with no confidence that he would even survive the long trip. Thankfully he did, and he was able to continue his ministry as pastor in Iowa, Nebraska and California, all while working on the mission’s leadership committee.

With Rodine leading from 1946 to 1958, the Free Church’s mission grew from 43 missionaries on four fields to 158 on seven fields. After his retirement, he served several other Free Churches and was chaplain for a hospital in Colorado. He died on New Year’s Eve 1972, at the age of 80.

The Global Ministry Building at Trinity, built in 2003, was named for him. This issue of Trinity Magazine honored him at the time of the building inauguration.

In 2022, over fifty years since the Lord took him home, his words should still challenge us:

“As we face the future let us do so with renewed and deepened concentration. We praise God for the zeal for the souls that has characterized our Free Church people and work down through the years. May our vision never become obscured nor our passion for souls lost. The Lord never intended that world evangelization should be a mere sideline of his redeemed people. His commission was and still is, "Go!" Missionary work is much more than a sincere expression of an emotional sympathy for the lost or an act of benevolence of the Christian church. It is not a spiritual exercise of the most devout by which some excess steam is let off. Missionary work is in obedience to him whom we call Lord and Master! It is carrying out the command he has given us and the thing for which we are here.”

The EFCA Archives is eager to help you with your church archives. You can find a helpful guide here. If you ever have any historical materials you think we should preserve at the national office, reach out to us at archives@efca.org.