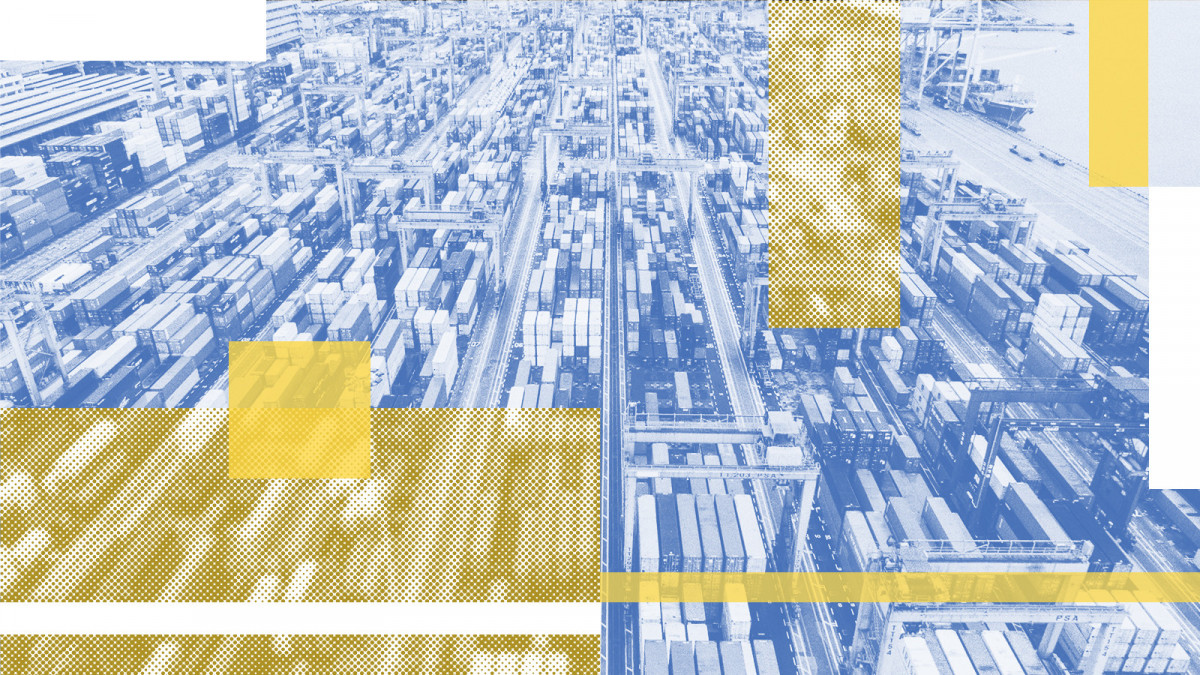 My husband Gilbert and I live in Gemena, Democratic Republic of Congo (DRC), a city of close to one million people, but no city utilities—no running water or electricity. Over the eight years that we have lived here, I can testify that things like these, creature comforts, don’t bring satisfaction. And I am grateful to have learned contentment without what we Americans consider daily necessities: running water, hot showers, cheese, butter, the list goes on.

Thankfully, we have learned that it’s our relationships that really matter. But sometimes, a “thing” can be a gift from God for us to enjoy—for me, that means a great cup of coffee.

Well, last year, we loaded a container full of goods to help children with special needs in Congo (with a few American comforts for ourselves). Little did we know God had other plans for us and that container’s journey through Congo.

In July of 2020, Gilbert and I were in the States for 2 months. Our home church, Christ Community Church in Ames, Iowa, is very supportive of ministry in Congo: they knew about the Promise Home, for GlobalFingerprints-sponsored kids with special needs, and they send supplies to Tandala Hospital, the medical ministry started by EFCA missionaries almost 100 years ago.

They began collecting supplies for the handicapped: wheelchairs, walkers, commodes, canes and crutches, shower seats and other materials. With all of the medical supplies and donations, we easily filled a 20-foot container.

So, in Pennsylvania, we packed up a container full of handicap equipment, medical and school supplies and other odds-and-ends that would fill corners of the container. There were a couple of special items just for me (including a LazyBoy recliner and 3 packages of Oreo cookies). Then we returned to Congo in September and waited for the arrival of the container.

Now, it’s difficult and expensive to ship a container to our corner of Congo—the northwest side, about 170 miles from the border of Bangui, Central African Republic (CAR). So we sent it to Zongo, DRC, via Douala, Cameroon. From the Douala port, it would be trucked across the border into CAR and down to Bangui, the capital. From there, it needed to be transported across the Ubangi River to Zongo, DRC–and then, once again, transported by truck 175 miles on bumpy dirt roads to Gemena, where we live.

Those medical supplies had a long journey ahead of them.

In December, Gilbert was sick. He developed typhoid fever, malaria and respiratory complications, lasting over two months. Meanwhile, we were informed that our container arrived in the Douala port on February 17, 2021.

Gilbert needed to get to Douala, but he was still sick and CAR was in turmoil: rebel groups controlled the roads and all transportation. Gilbert had a business contact in Cameroon, who began the process of paying fees to release the container so that we wouldn’t be charged exorbitant penalties for the container sitting there.

March and April came and went, but with the road to CAR dangerous and closed to traffic, our container at Douala port remained. It was one of thousands trapped in the port. Goods were not getting to Bangui and, more importantly, life was becoming difficult for the people there. I prayed, asking God for a solution, while Gilbert was constantly in contact with other businessmen in Cameroon and CAR, asking them what could be done.

Beautiful, that is, until we got to customs and they wouldn’t release our container...

He spent three days walking the port, with hundreds of containers packed on top of each other. He came close to giving up, but on the third day, he found the container that matched the number on our documents.

He called me to celebrate—“I found it! It’s here in Bangui!”

The work had just begun

Over the course of the next week, he walked from office to office, hiring a transitory company to help clear the container in Bangui, paying immigration and customs fees, finding a truck to transport it to the beach, hiring a crane to lift it from the truck onto a barge, paying to cross it over the river, hiring another crane on the Congo side to remove it from the barge onto the truck, getting it out of customs in Congo and, finally, driving it 175 miles to Gemena.

The day we had arranged to pick up the container was a beautiful sunny Friday morning. Beautiful, that is, until we got to customs and they wouldn’t release our container, even though we had paid and had all the right documents. Because of the unrest and rebel fighting in CAR, foreign soldiers were in control of customs and all containers. A young Russian soldier refused to let it go, but after hours of listening to him talk to his superiors about “the Americans,” he relented.

The hired truck brought it to the beach where the crane was waiting, but it was getting too late in the day so they wouldn’t complete the transport. Gilbert had to hire guards for the container, while it sat all night on the beach.

On Saturday morning, he learned it was a holiday weekend through Tuesday – and no barge would come to move the container.

The truck driver was angry; after all, he needed his truck back and our container was sitting on it. The cranes were on both sides of the river, waiting to move on to other work.

Gilbert had to act—but what could he do? There was no bridge–no way to cross the Ubangi, except by dugout canoes.

So he hired six canoes, nailed them together with boards and had the container lowered on to the canoes. He hired men to push them out into the water, climbed in with the container and started crossing the river.

I didn’t know what was happening, but I was praying for protection and success—God’s blessing on Gilbert and the container.

God made it possible

Gilbert said that when he arrived on Congo soil, he fell down and thanked God for His grace, saying over and over, “Merci, Nzambe na ngai!” (Thank you, my God!)

We still had to get the container off the canoes, deal with the customs and government officials and then get back home to Gemena. But the impossible had happened, because of God’s mercy and kindness: the container had made it to Congo!

A friend sent me an email: “Praise God! Jesus was in the boat with Gilbert!” In the boat, next to him, crossing the river with him, protecting and intervening over each ripple of water.

Not only had God protected my husband, He had also provided precious medical equipment for children in desperate need. Though the circumstances were straining and exhausting, God showed us His provision and love—and showed His care to the sponsored kids at Promise Home. It could not have happened in our own strength, but as Jesus said in the Gospel of Matthew, “With man this is impossible, but with God all things are possible” (19:26).