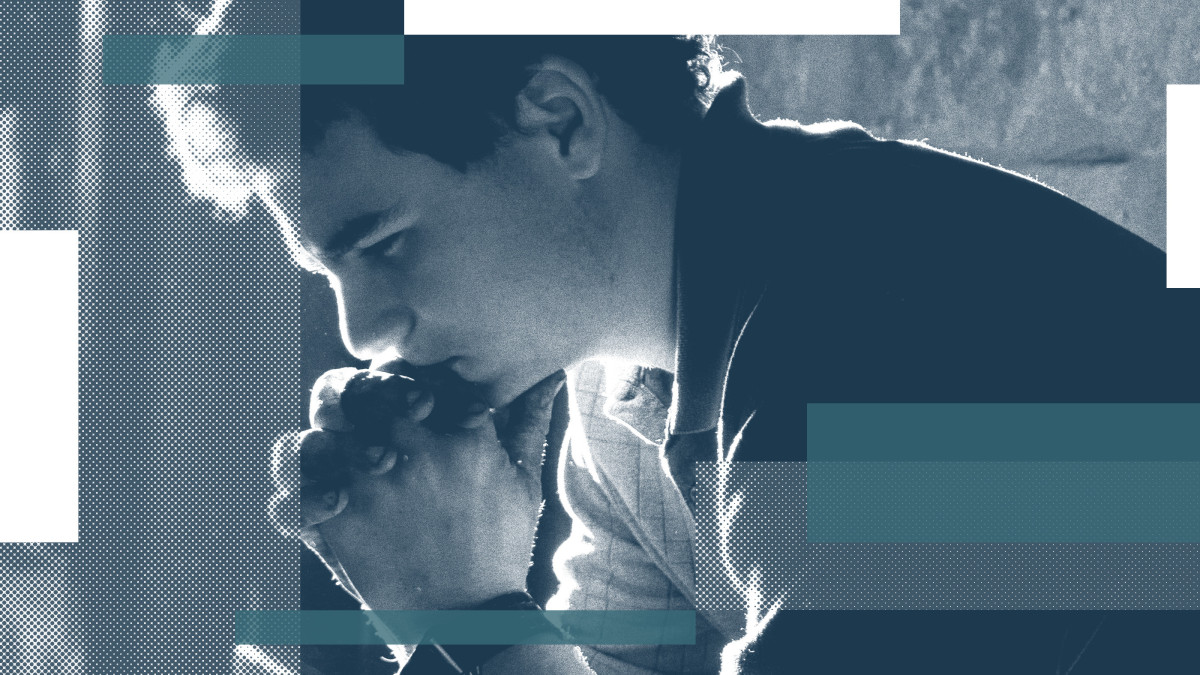 I grew up in an Orthodox Jewish home, but I wasn’t averse to talking about God, Jesus and the Bible with my Christian friends. In one conversation, which would eventually lead me to trust in Jesus of Nazareth as Messiah and Savior, one friend had told me how, despite being raised a Catholic, he only recently became a Christian, a devoted follower of Jesus.

He explained that while he had been baptized, received Holy Communion, became an altar boy and memorized the Baltimore Catechism, he had not known God personally. But now he did: not because of these religious observances but through a personal encounter with Jesus as he devoted himself to prayer and the study of the Bible, God’s Word.

I simply said, “I’m happy for you,” because I didn’t know how to respond. And he replied, “This is not about happiness but about truth. If Jesus was the Messiah, wouldn’t you want to believe in Him?”

So I would read from the Gospel of Matthew each night.

But for the first time, when I was 16 years old, I was being told in no uncertain terms that Jesus might be the Jewish Messiah—the One for whom we had been told to wait—and that I had a personal responsibility as a Jew to evaluate this possibility for myself.

I told my friend that if Jesus was the Jewish Messiah, then I certainly would want to believe in Him, but I didn’t know how to determine that. He offered to give me a Bible which contained the New Testament if I was willing to read it and investigate the claims of Jesus for myself.

Though I was unsure if I wanted to do this investigation, I did want to appear open-minded. I told him I would.

He told me to start by reading the Gospel of Matthew and to pray. He said because Jesus is real, He will hear your prayer; if it is sincerely offered expressing a genuine desire to know if He is the Messiah or not, He will respond to you and He will tell you.

So I would read from the Gospel of Matthew each night. At the beginning and ending my reading I would pray, “Jesus, if you are real, show me and I’ll believe.” Over an eight-month period or so, I came to accept Jesus as my Messiah and Savior.

My experience highlights the effort my friend had exerted in sharing his faith with me, as well as the courage and sensitivity with which he challenged me to consider the claims of Jesus as Messiah. I use the word courage because I think most Christians are somewhat fearful or reticent to share their faith with Jewish people.

Not only did my friend have courage, but he prayed for me while trusting the Lord to use His Word to do its work in my life. He did not have to convince me. It was the Lord—through His living and active Word as I read and prayed—that opened my eyes and softened my heart to see and believe Jesus is Messiah.

I had been sensing the Lord wanted me to get involved directly in Jewish ministry again...

It is critical and essential that churches remember how necessary it is that we do our part in presenting the claims of Jesus as Messiah and Savior to our Jewish friends and neighbors. Based on my perception, despite the variety of Jewish mission organizations and messianic congregations, the local church is the primary means by which the largest number of Jewish people are coming to faith.

The role of the local church

Years ago, I attended a church planting seminar in California and the lecturer was named Bob Logan. I remember receiving loads of materials on church planting and a great deal of instruction and encouragement. But the one line that riveted itself in my mind was his statement, “It takes all kinds of churches to reach all kinds of people.” We need all three entities to effectively accomplish the task of Jewish evangelism: we need the Jewish mission organizations and the messianic congregations, but the local church cannot leave this important task to them alone.

When I initially invited Messiah into my life, I felt a distinct call into Jewish ministry. My first experience in bringing the gospel to the Jewish people occurred while attending the church where I was saved. Years later, I was introduced to the American Board of Missions to the Jews (now called Chosen People Ministries). After a period of discipleship under their leadership, I was invited to join their organization as a missionary to the Jewish people while receiving a formal education in Bible and theology.

After working with Chosen People Ministries for 17 years, my wife and I had felt it was time to move on from this organization. We moved to Annapolis, Maryland to pastor a church while teaching at the Annapolis Area Christian School during the day, and teaching at Bethel Seminary of the East evenings.

After 18 years of ministry in Annapolis, we were invited to candidate at Beth Ariel Messianic Congregation in Los Angeles, due to the resignation of their founding congregational leader. I had been sensing the Lord wanted me to get involved directly in Jewish ministry again; Beth Ariel seemed like the right place for my wife and me to do this.

Prior to joining Beth Ariel, I was not familiar with the Evangelical Free Church of America, but we quickly came to appreciate the affiliation. It was clear that the EFCA cared about missions and reaching all people with the gospel—the fact that one of their churches was a messianic congregation at all showed a concern for the Jewish people and an awareness of the need for the gospel in Jewish communities. Other movements may affirm the importance of missions, but this was unique. Additionally, as a member of the EFCA and the EFCA West district, I know that I have the support and resources that aren’t always afforded to unaffiliated messianic congregations.

We must reach out to them. The gospel is for them, too.

The command in Scripture

One of the most heart-warming statements in all of the Bible is Paul’s expression of concern for his people, the Jewish people. He writes, “Brethren, my heart’s desire and prayer to God for Israel [the Jewish people] is that they may be saved” (Rom 10:1 KJV). He prefaces this by earlier writing, “I have great sorrow and unceasing anguish in my heart…for the sake of my brothers, my kinsman according to the flesh [the Jewish people]” (Rom 9:2-4 ESV). And let’s not forget, that while the “gospel is the power of God unto salvation for everyone who believes” it is to the “Jew firstly and then to the Gentile” (Rom 1:16 NIV).

As Christians, it is not enough to hope for the best for our Jewish brothers and sisters. We must reach out to them. The gospel is for them, too.

To begin, it will be helpful to do some research about Jewish culture and the Jewish people. For example, Jewish people are not monolithic. There are distinctions within Orthodox, Conservative and Reform Judaism, particularly when it comes to belief about the Messiah. Orthodox Judaism embraces a literal person as the Messiah, whereas Reform Judaism does not embrace the idea of a literal, personal Messiah (Conservative Judaism does not hold to one belief on this). While some Jewish people may identify with one of these branches of Judaism, many are atheists, agnostics, secular and liberal.

Many Jewish people I know are curious about what goes on in Christian churches and they might like to see for themselves.

Many Jewish people are concerned about contemporary causes, the need for social justice and respect for one another. They will resonate with the theme of God’s love for all mankind and the commandment to love one’s neighbor as oneself; they will be understandably sensitive to the issues of anti-Semitism, the Holocaust and the State of Israel.

In order to learn more, develop a friendship with someone who is Jewish. Any time we share the gospel, we do so with an individual. We are not witnessing to Jews; we are witnessing to a Jewish person. Building a foundation of trust through friendship is of the utmost importance when sharing something so personal and controversial as the Messiahship of Jesus.

Additionally, don’t be afraid to share how God has impacted your life. It might be an answer to prayer, something your pastor stated in a message or something someone said that particularly helped you in your spiritual journey. This might also be an encouragement to your Jewish friend.

And finally, invite your Jewish friend to your church. Many Jewish people I know are curious about what goes on in Christian churches and they might like to see for themselves. An easy on-ramp to invite a Jewish person to your church would be hosting a guest speaker that is Jewish and believes Jesus is the Messiah, or celebrating a Jewish holiday like Passover at your church. Learning more about the Jewish faith will undoubtedly be a great opportunity for your congregation to grow in their faith, too, through understanding the history and context of Judaism shared by the Christian church.

Paul instructs Timothy to “do the work of an evangelist” (2 Tim 4:5). There is indeed no greater joy than to be involved with God in His work of saving others.

Messiah Jesus once said to His disciples, “The harvest is plentiful but the workers are few. Ask the Lord of the harvest, therefore, to send out workers into His harvest field” (Matt 9:37). Let us pray and work to see the Jewish people be part of that harvest.