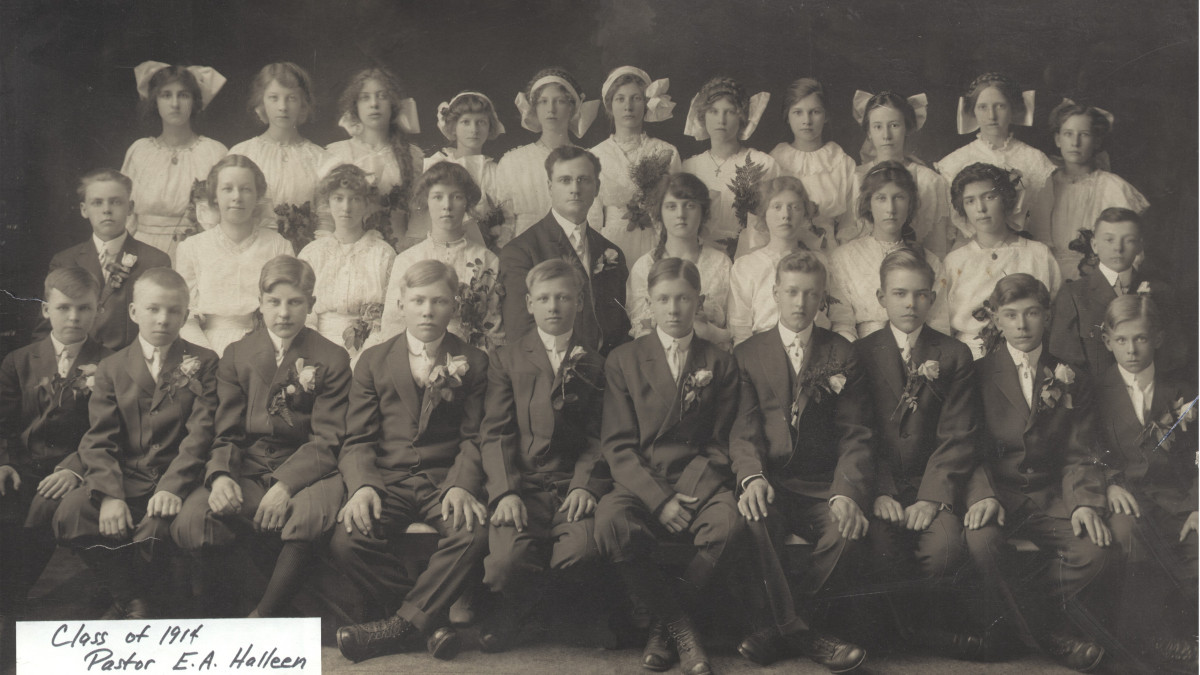 Confirmation classes were a long-standing tradition of church life in the state Lutheran churches in Scandinavia (where the EFCA originated), along with baptism, marriage and burial. Unfortunately, it was often part of a dead orthodoxy.

Still, confirmation classes have played a major role in the lives of young people in our churches. In the early years of the Norwegian churches, these classes typically met weekly for two years; the pastor would instruct the young people in the basics of doctrine, the history of the church and apologetics. At the end, the teens would respond to questions from the pastor in front of the whole church to graduate.

In his book Stumbling Toward Maturity, Dr. Arnold T. Olson describes in great detail how young lives were touched in these classes (p. 159-62). Some received their first Bible, many gave their lives to the Lord and decided to be baptized and some were even called to missions.

Over the years several curricula were written and used in our denomination, several of which are still available. Even today many churches continue to have confirmation, while others have developed different means of reaching the youth. No matter the method, we need to place great priority on guiding our youth toward lives of walking with Jesus and following Him wherever He leads.

Does your church still have a Bible instruction class for teens? How was your life touched by confirmation?