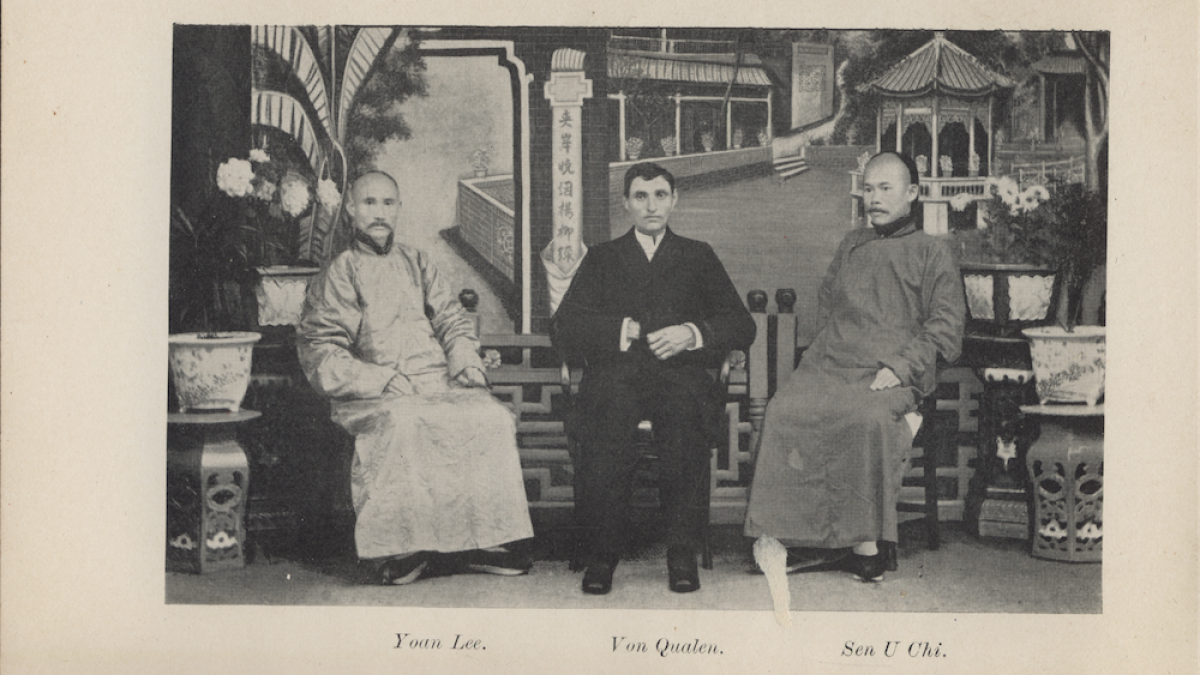 November 21 is the 135th anniversary of the EFCA’s first foreign missionary leaving for the field. Hans J. von Qualen immigrated from Denmark in 1874 and began following Jesus in New York City under the ministry of J.G. Princell.

By 1885, he was in Chicago attending seminary and he began mission work among the Chinese residents there. He and another student found that teaching English was a good tool to reach them, and soon there were a number of new believers. One was Eugene Sieux, who began praying for others, including John Lee. After Lee accepted Christ, the trio continued to reach others while considering going to China.

In October 1887, Von Qualen was accepted as the very first foreign missionary of the Swedish Free Church. With little promised support, he was commissioned at the Oak Street Church in Chicago on November 13 and sailed for China on November 21, arriving on December 29 in Canton, China.

Upon arrival, he wrote:

“So then I was in Canton, one of China’s largest cities with over one and a half million residents. Here I [stood] among an essentially pagan and idolatrous population. Only a few hundred Christians are here. And here I stood with my work, with life or death before me. O God my God, help me!”

Von Qualen served faithfully for 20 years: the Lord provided new missionaries, planted churches and started a boat ministry to reach women along the waterways. His Chinese colleagues worked faithfully with him, as did many others who were discipled. Some of the original churches remain there today.

China and the world have changed massively in the last 135 years, but God’s Word still goes forth under the ministry of the Evangelical Free Church of China, our strong daughter church group there. To God be the Glory!