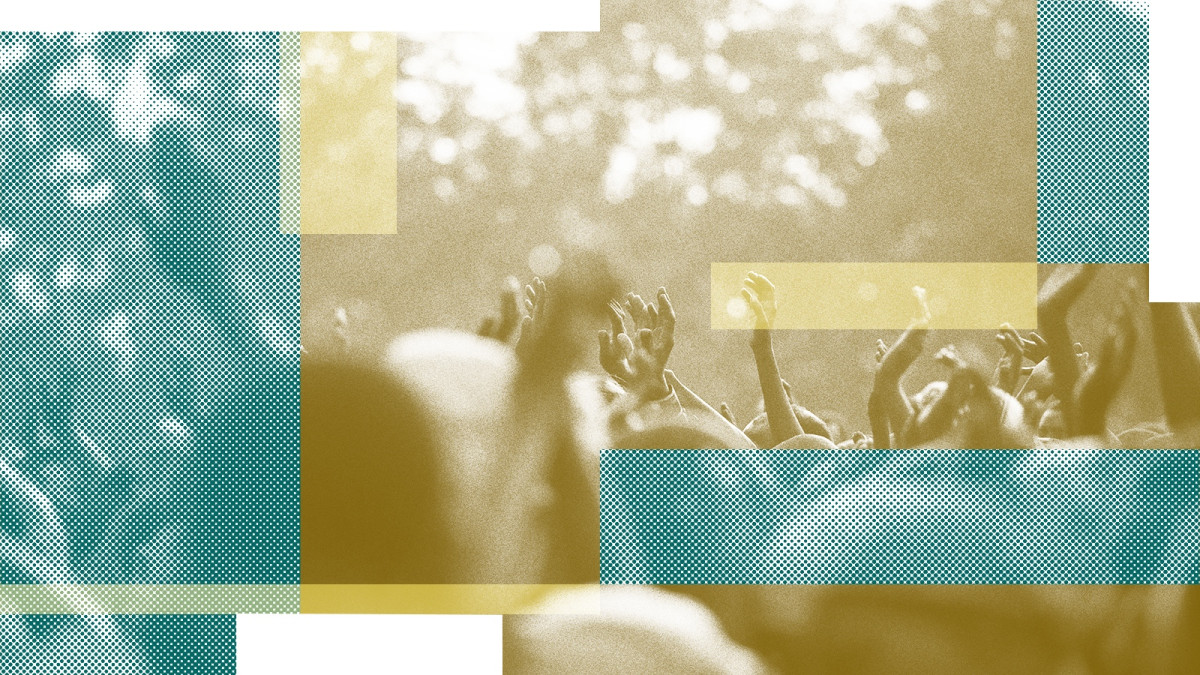 As a young man, I dreamed of becoming a lawyer. I’ve long had my eyes set on that one goal and worked hard to receive a bachelor's degree in criminology at the University of South Florida with the intent of getting into law school and becoming a criminal lawyer.

But God had different plans for me.

Eventually, He would set me on a path to reach a lost generation for His gospel by becoming a pastor and planting a church. This is the story of how Rendezvous Christ Church was born.

A heart for the law, a gift for ministry

I was born in Port Au Prince, Haiti in 1980 and moved to Sarasota, Florida in 2001. In Haiti, being a lawyer is generally considered one of the best jobs and, as a young man, I was often known for defending others; I developed a passion for it.

I had no theological background, education or training but he saw my love for God and my passion to see His gospel preached.

While studying criminology, I went to church and saw a need for the children’s ministry. Everyone wanted to preach and sing, but the children had no one to take care of them. So, I stepped in and discipled them, leading their Sunday school and building relationships with them.

At the time, the church was small—there were less than 100 people and 14 kids. Within a year of my time leading the children’s ministry, it grew to 87 kids and we started creating more programs and developing more leaders.

The church grew from 100 people to 300 people and the pastor of that church, Dr. Julio Volcy, took notice. He started to mentor and disciple me.

A heart for the lost

Not long after, Dr. Volcy decided to take a sabbatical. And, in a surprise twist, he put me in charge of the church.

I had no theological background, education or training but he saw my love for God and my passion to see His gospel preached.

Suddenly, I was faced with the prospect of being the lead pastor of a church. As you can imagine, there was immediate resistance: many people pushed back, saying I wasn’t educated enough or old enough to lead the church.

I was eager to serve, but I knew I didn’t have the right education. I remember asking God to take this desire away from me—I was studying to become a lawyer, after all. God answered my prayer but not in the way I expected. Rather than take away my desire, He deepened it.

“After that whole generation had been gathered to their ancestors, another generation grew up who knew neither the Lord nor what he had done for Israel.”

I saw this lost generation in front of me that did not know the Lord or the work He had done—young, second-generation Haitian Americans leaving the church in droves. I felt God calling me to disciple them.

I told Dr. Volcy that I wasn’t going to take up the responsibility to lead his church, and I moved on to continue my theological education at Dallas Theological Seminary to earn my master's in Christian Leadership with the intent of becoming a church consultant. I wanted to help Haitian churches find ways to reach the second generation. But, as I would soon discover, God still had other ideas in mind.

"I think God wants me to start a church”

It’s difficult to find a Haitian church in Dallas. You have to drive outside the city. Yet, while I was studying there, I met so many young second-generation Haitian Americans who moved here for their career and education but don’t have a church.

I am passionate about getting people together, so I began inviting some of these young professionals over. As we ate and spent time together, they learned about how I’m studying the Bible and started asking questions. So, I said, “Okay, you have lots of questions, let’s start a Bible study on Thursday.”

I began to wonder if God was trying to tell me something.

In that weekly Bible study, we met a quiet, young woman. We embraced her, loved her and fed her, but she never asked questions. One day, she finally opened up. She shared her struggles with self-harm, suicide and depression. Through the Bible study, she eventually gave her life to Christ and she began calling me pastor.

I would say, “Whoa, whoa. I’m not your pastor. Why are you calling me pastor?”

As time went on, our Bible study grew; we started meeting on Zoom, and out of that, a woman from Florida with a Catholic background gave her life to Christ. She was living with her boyfriend and she came to me and asked me to marry them.

I said, “Listen, I don’t have a license to marry you,” and she replied, “Well, you better get one, because you’re my pastor.”

Later, a Haitian church in Fort Worth, Texas, invited me to come and preach. I agreed, and after I preached, a young man came to me and said, “Man, if I had somebody like you, I would love to come to your church.”

Of course, I told him I didn’t want to start a church; I was planning to be a church consultant. But then another couple came and asked me where my church was—I told them the same thing.

Over and over, I kept having these moments—being called a pastor, being asked about my church. I began to wonder if God was trying to tell me something. I told my wife that I thought God might want me to start a church.

She said, “If that’s what God put on your heart, let’s pray about it.”

Soon after, I found myself at a church planting meeting at Dallas Theological Seminary with Bob Rowley, district superintendent for the Texas-Oklahoma District, explaining the Evangelical Free Church of America. Everything he said about the EFCA aligned with my own beliefs and faith. That’s when it was clear that God wanted me to plant an EFCA church and be a pastor.

We are seeing people transformed and I’m blessed to get a front-row seat.

With a new vision and mission to plant a church, I knew it was important to find an ideal location. The Dallas-Fort Worth area has roughly 10,000 to 15,000 Haitian-Americans, many of them unreached second-generation professionals. What’s different about the Dallas-Fort Worth area is their location in comparison to other metropolitan areas. Typically, in most American cities, one neighborhood will have most of the Haitian American population, but DFW is different—they're scattered. This raises both a challenge and an opportunity to reach the Haitian community.

With that in mind, I specifically chose the Irving neighborhood as the location for Rendezvous Christ Church. Irving is centrally located in DFW with many second-generation Haitians in the area. Key highways also pass through the neighborhood, providing quick access to the church.

We officially launched Rendezvous Christ Church in Irving, Texas on March 28, 2021. While I have a heart for reaching Haitians, I want to heavily emphasize that Rendezvous Christ Church is for all people. We are a multicultural, international church, inviting everyone from every background and ethnicity to worship with us. Everyone is welcome to hear what God has done and is doing in our community.

During the COVID-19 pandemic, Rendezvous Christ Church has faced tremendous obstacles to share the gospel and reach all people. Yet, despite that, God has been faithful and we’ve seen Him at work through our Bible studies, our church meals filled with ethnic food, our children’s programs and more. We are seeing people transformed and I’m blessed to get a front-row seat.