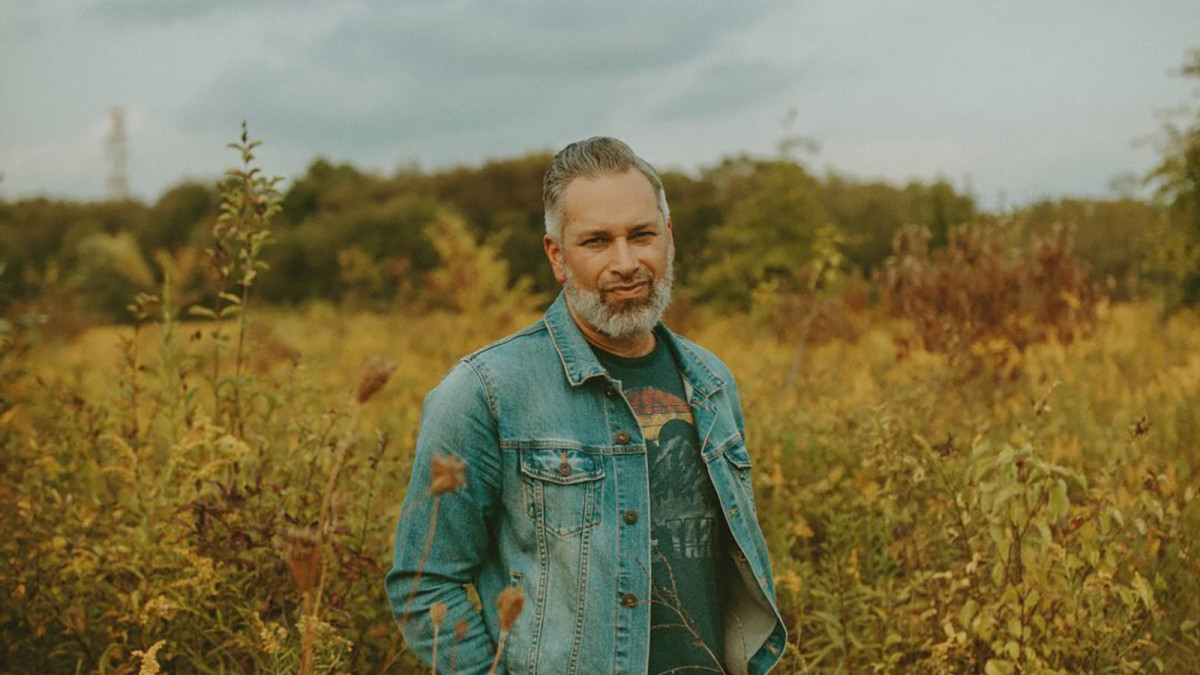 Pastors often have unique backgrounds, skills and passions that may not traditionally fit within the context of the church. To highlight the unique gifts of pastors, missionaries and ministry leaders across the EFCA, we interviewed Substance Church pastor, Ronnie Martin. If you’re a pastor with a unique skill and passion, we’d love to hear your story. Submit a response below.

Many in Ashland, Ohio, call Ronnie Martin pastor, but that hasn't always been the case. He’s led Substance Church as its lead pastor since planting it with the EFCA in 2012. While continuing to minister to Substance Church, he published four books, is the co-host of The Happy Rant podcast with Barnabas Piper and Ted Kluck, and The Art of Pastoring podcast with Jared C. Wilson. He also serves as Church Planting Director for the Allegheny District and Director of Planter Care for ReachNetwork, the church planting ministry of the EFCA. Yet, some may not know that many years before his call to ministry, he was a Christian musician and wrote music full time.

For 20 years, Ronnie Martin led the synth-pop band Joy Electric, a mostly solo project that only used synthesizers. This project was signed with a music label where he produced 14 full-length albums. In 2012, he disbanded Joy Electric and transitioned to become a pastor.

This year, Ronnie will release a solo album called From the Womb of the Morning, the Dew of Your Youth Will Be Yours. This time, however, he’s releasing the album under his name. We reached out to Ronnie and spoke with him about this new project, being a pastor and how this new album is grounded in the wisdom literature of the Bible.

Why did you decide to take on this new project?

Ronnie Martin: I've been wanting to record a new album for a while, and I had an opportunity with a record label called Velvet Blue Music. I finally rebuilt and reconfigured a new recording studio and COVID in 2020 gave me some margin to devote the hours that were necessary to complete it.

What inspired this new album?

I had an idea to write a series of albums based on wisdom literature from the Bible. All the song titles come from Psalms and Ecclesiastes, because they include some really beautiful poetry. I also love abstract poetry, and I love abstract lyrics. So it was taking something from wisdom literature and creating an abstract from it. I wanted to ground it in Scripture, but interpret it in a way that leaned more into the poetic side. I didn't want to make a praise record. I wanted to take some of that lyrical beauty from wisdom literature and create something new from it.

You've spoken a little bit about your recording studio. Can you give us a window into how you record your music?

It’s a bit of a process. I tend to be an analog purist, where I do everything electronically, and with analog synthesizers. It’s almost like a puzzle, where you just go piece by piece, brick by brick, layer by layer. It’s very crafted. I write all the songs on the piano first. But then when it comes time to do the production, to make it sound like what it sounds like, it is an intricate process. I like working a little more old-school and for everything to lock in and be tight and crisp. That just takes a lot of time.

I had an idea to write a series of albums based on wisdom literature from the Bible. All the song titles come from Psalms and Ecclesiastes, because they include some really beautiful poetry.

You've only used synthesizers on all your albums in the past. But on this album, you use a drum machine. What led you to make this change?

When I first started recording way back in the day, the whole big idea was taking a page from some of the early synthesizer groups where they would have a synthesizer and a drum machine. And that was the whole band. I was fascinated by that. If you go back further into the history of these kinds of artists, there was a time when they didn't have drum machines. And you had to create your drum sounds from the synthesizer from scratch. I grew fascinated with that and that's what I did for about 20 years. For this record, though, I wanted to make a return to using a drum machine, because I really wanted to have a little bit more power in the low end with the drum sounds. When you use only synthetic drums, it doesn't create force and power behind the music, and I wanted something that would drive and hit a little bit harder.

From the Womb of the Morning, the Dew of Your Youth Will Be Yours is from Psalm 110. What was special about this verse that inspired you?

I just love the pairing of words. When I read that line, and that's a psalm I've read many times, I was taken aback by it because it's such a beautiful line and such a bizarre line.

“Your people will offer themselves freely on the day of your power, in holy garments from the womb of the morning, the dew of your youth will be yours” (Psalm 110, ESV).

How does this album differ from past projects that you've done?

I think to the untrained ear, if you went back and you gave a quick listen to some of the older tracks and then put this on, you might think, Oh, he's just doing a new hot take on some of his older material. And there's always going to be an aspect of that, because of the instrumentation. But I think this production is a little wider and vaster.

I wanted something that was kind of atmospheric, a little ambient in nature, but was driving at the same time, and beautiful and melancholy. It rejuvenated me a little bit; I was able to approach things with more of an openness than I have in the past. The way I might describe it is that the older records were indie films and this record is like I'm working with Steven Spielberg, and I got the big budget and I'm making the big, cinematic, panoramic film that I always wanted to make.

You’ve been a church planter and a pastor for the past decade. How has that informed this new album?

Anybody that plants a church will tell you what a humbling experience it is. The Lord just strips away so much of your ability and your preconceived notions about everything, like life and ministry. The work that the Lord has done in my heart, in my mind, the ways that he's grown me theologically, and relationally, the way he's grown me emotionally, dealing with things from my past.

I think I was able to approach the project with a bit more sobriety than I would have 20 years ago. You live more life and you gain experience. Whether you're somebody who builds things or creates art or whatever, as the Lord grows you, there's a desire to want to do something that is going to please Him in the way that it may be created, not out of a need to be seen and known, but as an offering. I wasn't nearly as consumed with it as I would have been 10 years ago, where it was just everything and that's all I did. Now there are things in my life that have created balance, instead of it just being the one thing. So it feels more grounded and stable, even though it's also vague and abstract and artistic.

Can we expect more albums in the future?

Yeah, 100%. I'm almost halfway through the next album. I have four records in mind. Lord willing, four records that will be tied together in some way, shape or form.

From the Womb of the Morning, the Dew of Your Youth Will Be Yours releases in January 28, 2022, under Velvet Blue Music and can be found in all formats, including digital, vinyl, cassette and CD. You can listen to the first two singles now on Spotify.

This interview has been edited for readability and clarity.

If you’re a pastor with a unique vocational background or passion, submit a response below. We would love to hear your story.