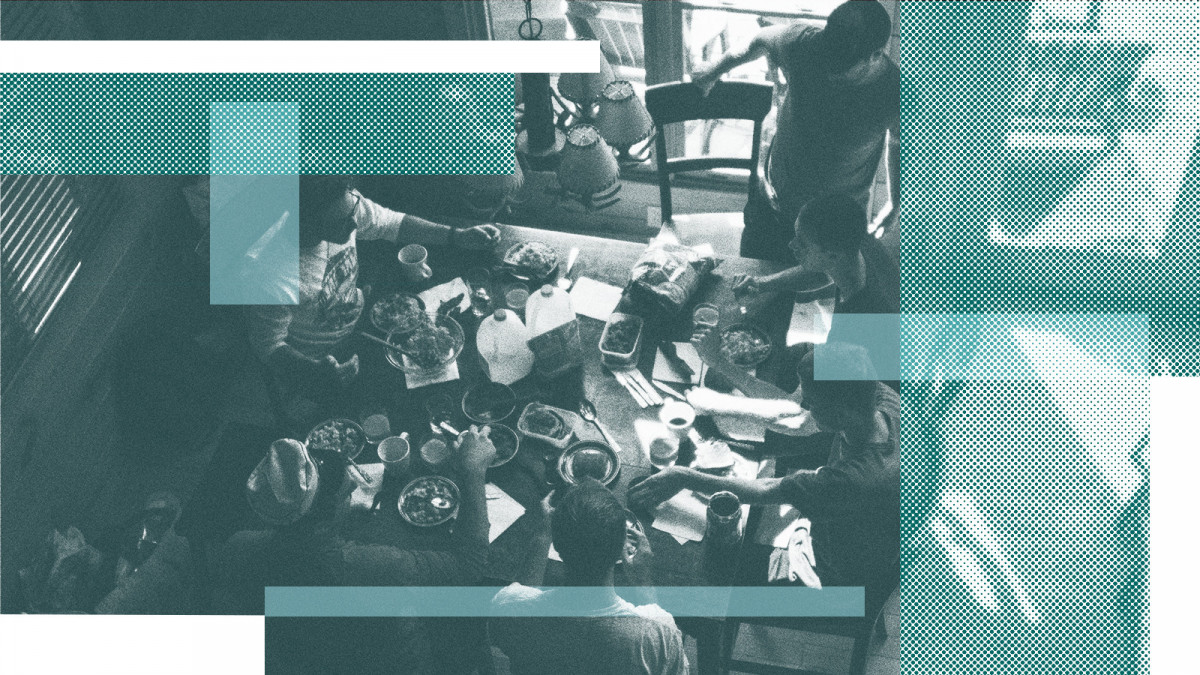 “COVID has exposed the church in some ways—that our methods and the way we are structured is outdated and ineffective. We are, in a sense, living on borrowed capital,” Steve said.

COVID has exposed the church in some ways—that our methods and the way we are structured is outdated and ineffective.

He believes the COVID-19 pandemic and large generational shifts away from Christianity revealed deep cracks in the American church and its long-standing model of a central church building drawing people in to hear the gospel.

With each subsequent generation, fewer people attend church, many viewing church and Christianity as outdated, hypocritical and anti-science. The COVID-19 pandemic strained those ties even more, leading people to feel disconnected and removed from the local church. The Church’s problems only seem to grow with each passing day.

What is a micro church?

The idea of the “micro church” gained steam around the turn of the century. In essence, they strip down many of the core pillars of a modern church (like a focus on Sunday services, a central building and big programs) and focus more on multiple, small churches that meet in homes. These micro churches are all connected to one centralized hub for discipleship and teaching; they are missionally focused, hoping their simple model will allow for multiplication.

For Steve, planting a micro church is a calling from God. He came to faith in Jesus at age 28; seven months later, he planted a church when captivated by the Book of Acts. Realizing he had more to learn, he attended Northwestern College (now University of Northwestern – St. Paul) in Minnesota and later Trinity Evangelical Divinity School in Illinois.

He finds church planting a specific ministry that leverages his strengths in evangelism. And the micro church model fuels that strength.

During his long stretch of ministry, he planted four churches before taking a pause in his life to “feel the power and presence of Jesus.” But it wouldn’t be long before God would call him back to ministry.

While serving as a pastor at Prairie Hill Evangelical Free Church in Eden Prairie, Minnesota, Steve felt pulled by the Holy Spirit to plant another church. He finds church planting a specific ministry that leverages his strengths in evangelism. And the micro church model fuels that strength.

He connected with Dan Moose, Church Multiplication Catalyst in the North Central District, about planting another church and immediately they started dreaming about this new missional journey. Then Steve trained with ReachNetwork to prepare and equip for this new church planting strategy in his context.

While in prayer, Steve discerned the Holy Spirit wanted him to plant in the Highland Park neighborhood in St. Paul, Minnesota. In the early 20th century, Highland Park became home to auto workers at the Ford Motor Company factory until the plant shut down in 2009.

Now Highland Park is a diverse neighborhood of roughly 26,000 people in a six square mile area (a factor that attracted Steve to its location). Many younger families are moving into a new development called Highland Bridge. Steve’s heart is to reach them with the gospel, but because of the cultural and demographic dynamics, he doesn’t think a traditional church model will work.

A vision for a new church model

A major crack Steve saw in the traditional church model was the heavy focus on the Sunday morning service. If you ask most people what “church” is, they’ll point to a building or a service. They might consume the service but then move on until the next time they decide to attend. He thinks it’s time for Christians to rethink and reimagine this way of doing church.

“I think our culture has led us to a point where if you have solid biblical teaching and good programs, people will come to your church. That's how it was in the in the mid-20th century until the end of the 20th century. In that time in our country, good citizens were part of a church. Those days are gone,” Steve said.

A major crack Steve saw in the traditional church model was the heavy focus on the Sunday morning service.

Steve believes churches should look to the original model on display in the Book of Acts. He desires to get back to emulating the New Testament model. But, like the men of Issachar (1 Chronicles 12:32), he’s also seeking to understand the times and adapt his church planting model to today’s context.

Rather than focusing on a building or a Sunday service one day a week, his church model will focus on daily living on mission and making disciples. Disciples will live and breathe the Scriptures together. Church families will worship, pray and fast regularly. That’s why his church mission is: “Cultivating the Way of Jesus in Everyday Life.”

Steve believes the micro church model will help accomplish their mission. It moves away from an “attractional model” of bringing people into church to hear the gospel to a “missional model” of sending disciples out into the community to share the gospel. But it’s the organizing principle that is more important than the model—he says it’s crucial that disciplemaking be at the center of what they do as a church.

But it’s the organizing principle that is more important than the model—he says it’s crucial that disciplemaking be at the center of what they do as a church.

To accomplish their mission, they will follow several steps, starting with prayer and fasting, missional living, planting the gospel, discipleship and ending with multiplication.

Yet he doesn’t have any illusions about the path forward. He knows it will be a long haul. Still, he’s driven to the challenge and believes that only Jesus can truly create heart change in the community.

“This is one of the things I've loved about planting churches: it creates an incredible dependence upon God, a desperation for Him to do something. And that leads the way for you to experience God in deeply profound ways.”

By the end of 2020, Steve Erickson and his family moved into the Highland Park neighborhood and started their first micro church, where they now actively live on mission, sharing the love of Christ with others in their neighborhood.