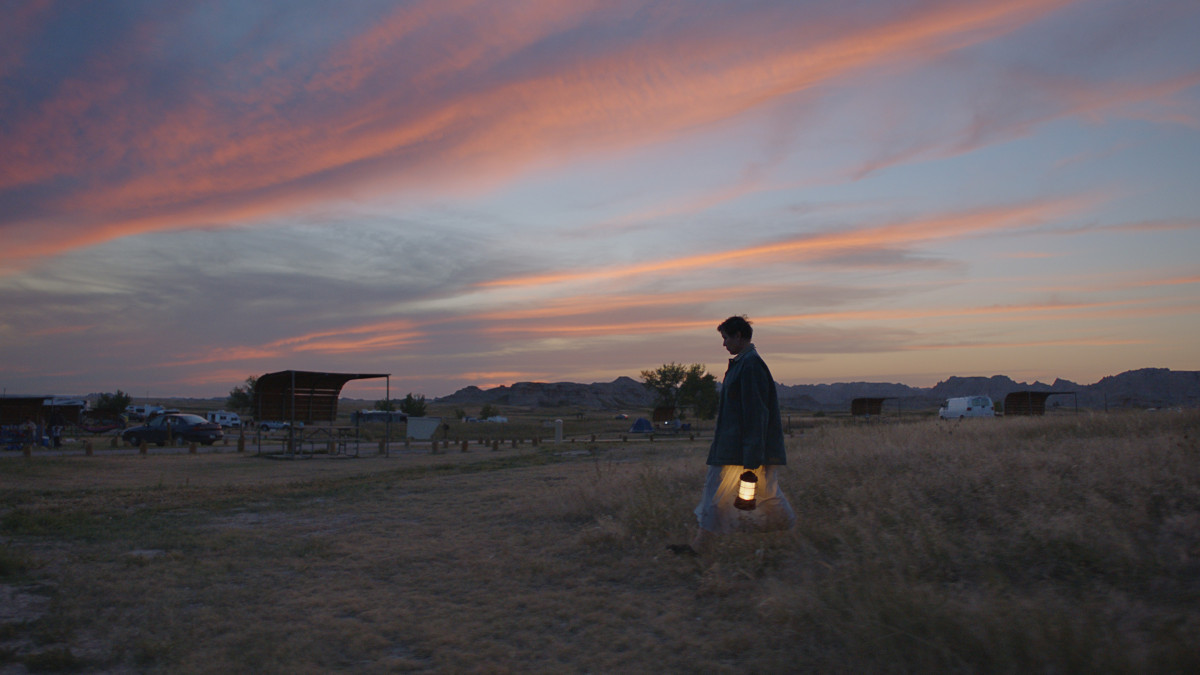 The 93rd Academy Awards premieres this Sunday. To continue engaging in culture on the EFCA Blog, we’re releasing our first movie review. We’ve reviewed the film “Nomadland,” starring Francis McDormand and directed by Chloe Zhao. “Nomadland” has been nominated for six Oscars, including Best Picture and Best Directing. This review includes some minor spoilers.

Ocean waves crash against the jagged rocks. Fern (Francis McDormand) walks alone along the grassy, windy cliff and embraces the chaotic moment. With the wild wind swirling about her, her contemplative and serene face seems happy, joyful even, to be in the moment. The waves look dangerous below, raging in every direction. She closes her eyes and allows the wind to swirl about her. Cut to a sterile, orderly Amazon factory, bereft of life but full of ambitious goals for a prosperous and profitable year.

These juxtaposed images of chaos and control in Nomadland highlight a powerful underlying theme in the slow and thoughtful Nomadland, directed by Chloe Zhao. The movie tackles plenty of issues—from death to familial ties to grief—but its core theme is life’s transience.

Nothing lasts in this world, not wealth, possessions or even zip codes. While we might want the world to be orderly and stable, it’s not; we only have so long on this earth. Understanding this, Nomadland seems to make the case that you shouldn’t make plans. Instead, ride the tide wherever it takes you—don’t fight against it. Eventually the tide will crest and you’ll be tossed asunder.

Even in the face of the unknown, we can make plans as long as those plans are wholly dependent on God.

The Scriptures, and more specifically the apostle James, make a similar case, albeit with a different conclusion. Even in the face of the unknown, we can make plans as long as those plans are wholly dependent on God.

Nomadland opens near the time of the Great Recession. After U.S. Gypsum Corporation shut down, everyone left the town of Empire, Nevada, and it became a ghost town. Its zip code ceased to exist. Fran, played by McDormand, lived in the town most of her life with her husband. After he died, she got by living in her van and working odd jobs. After struggling to find work, she travels to a site in the desert where “nomads” gather before traveling across the country. She ventures out herself, picking up odd jobs and meeting new people along the way.

There’s nothing terribly exciting about Nomadland. If it has one weakness, this is it. It’s a slow burn journey through the western American landscape with little plot. For some, this might induce sleepiness, but what it lacks in plot it makes up for in character.

Nomadland is a character study about Fern. For the most part, Fern is a fascinating character and keeps you hooked. While she’s not flamboyant, eccentric or has a dark past, she exudes authenticity. You feel like Fern is real, like you almost know her from the opening scene. It feels so real you could almost believe Fern is out there somewhere, traveling the desert plains of the American West. Quiet, reticent characters are always harder to work with for both the storyteller and the actor because there’s a fear hanging in the air that the character might bore the audience to tears; the character might not be enough. But Fern is enough.

It feels so real you could almost believe Fern is out there somewhere, traveling the desert plains of the American West.

While a touch melancholy, she’s strong, resilient and has an abundance of heart. This electricity and strength is credited to Frances McDormand’s performance, but Chloe Zhao also plays a hand in its development with her stellar directing and screenplay adaptation.

Zhao’s deft hand with the camera and narrative beats provides much of that authenticity, making the movie more like watching a documentary rather than a fictional drama. It can’t be underestimated how easy this authentic tone and atmosphere could slip from Zhao’s grasp, but not once does she let it go.

Still, this is not Nomadland’s greatest strength. While some films stumble and fall on their subtext, revealing their hand too much, Nomadland’s use of subtexts is perfect. It doesn’t use expository dialogue to explain the underlying themes; it allows the story and the imagery to speak for itself. And this subtext of life’s fragility, life’s temptations and life’s transience mirrors many of the same themes in the Scriptures.

The Fragility of Life

One of Fern’s greatest enemies is the elements. Desert nights in the winter are cold, and she lives out of her van. In one scene, she’s parked at a gas station and an employee comes out and invites her to go to the nearby church to stay warm at night. Fern declines and stays in the van under layers of blankets.

In another scene, her van pops a tire and she recruits help from her friend “Swanky” to fix it. After that scene, Swanky has a heart-to-heart talk with Fern, warning her that life on the road is dangerous and deadly.

This highlights life’s fragility without modern luxuries and a stable paycheck. While many trade some freedom for stability and safety, Fern drives down the road, desiring more freedom to go where she wants to go and do what she wants to do, even if it means exposing her to the elements.

But we’re reminded from Jesus that following Him means we truly have no home here (Matt 8:19-20) and that finding solace in earthly treasures will eventually disappoint (Matt 6:19-20).

The world is a treacherous place; it’s easy to find comfort and security from worldly possessions, stable homes and a consistent paycheck. But we’re reminded from Jesus that following Him means we truly have no home here (Matt 8:19-20) and that finding solace in earthly treasures will eventually disappoint (Matt 6:19-20).

In the first half of her nomad experience, Fern seems content and more alive than ever. It’s not until later in her nomad journey that Fern becomes tempted by various people to give up her nomad lifestyle.

When her van breaks down and she’s forced to borrow money from her sister to fix it, she faces the first temptation. In one scene, her estranged sister asks her to stay longer and maybe even come and live with her so they can build a relationship they never had. Fern looks honestly like she might give in to this request, empathizing with her sister’s pleas to have her older sister around more, but she ultimately declines the offer.

Similarly, when Fern visits another nomad friend at his family’s house, she faces another temptation to give up her lifestyle. She stays with him and his family for a few days. Like her sister, he also offers her to stay and be with him. She struggles with this particular temptation. So much so that she goes on a walk near the bluffs with the wind howling and the ocean waves raging, alluding to her internal turmoil. Does she give up her freedom? Does she go back to her previous, rooted existence? She ultimately denies his request as well.

Temptation often comes when you’re weakest, when you lack something the most and suddenly have a fast opportunity to take it.

It’s not too difficult to see the similarities when Jesus is tempted in the desert (Matt 4:1-11). Temptation often comes when you’re weakest, when you lack something the most and suddenly have a fast opportunity to take it. For Fern, it meant her van was gone and rather than going back out into that treacherous world, she could stay and build a relationship with her sister in the comfort of her home. For Jesus, He was hungry and wanted to eat and Satan tempted Him to make loaves of bread out of the stones. Yet in both cases, even at their lowest moments, they overcame temptation.

The Transience of Life

"Now listen, you who say, “Today or tomorrow we will go to this or that city, spend a year there, carry on business and make money.” Why, you do not even know what will happen tomorrow. What is your life? You are a mist that appears for a little while and then vanishes" (James 4:13-14).

Of its underlying themes, the transience of life rings the most often in Nomadland. Fern was not always a nomad. For most of her life, she lived in a house with her husband and worked a full-time job. But all at once, her life was turned upside down. Her husband died; her job left; her town became a ghost town almost overnight. Like most people, she never expected the Great Recession; she never expected her whole way of life to vanish. We think what is here today will be here tomorrow. We often boast in our sense of control over our lives, but James points to a different reality.

Rather than beat against the ever-changing waves, Fern rides them, taking in all the highs and lows they bring. She doesn’t know what will happen tomorrow; so for her, the answer lies in not putting down roots at all and living as freely as possible.

For the non-believer, there is no assurance. Life is constant chaos of violent waves crashing against the rocks. But the believer can acknowledge the mist of their life, the unknown and the chaos, and still make plans when they humble themselves before God, who has power to calm the wind and waves, and knows what will happen tomorrow.