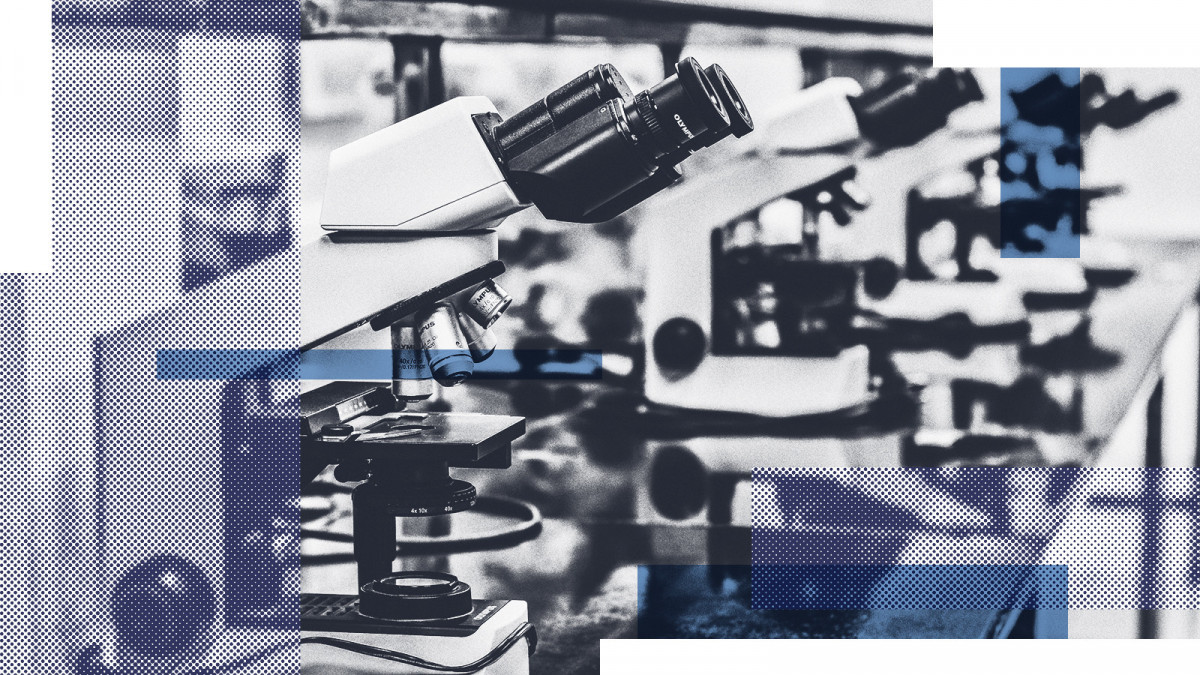 I didn’t know it at the time, but our professor was teaching us second-year nursing students one of the most valuable lessons of science, of art, and of religion, for that matter: the discipline of observation.

I credit this professor for giving me a passion and appreciation for scientific observation. He was a Christian, and he invited any nursing student interested to a Bible study in his home. I discovered that he applied the same principle of observation to the Bible as he did to science. I was still six months away from my conversion, but observing this godly professor impacted me deeply.

The famous nineteenth century naturalist, Louis Agassiz, was perhaps the first modern scientist to teach his students the importance of thorough observation. At the beginning of each course, Agassiz would give every new student an odorous, pickled fish on a metal tray and say to the student, “Look at your fish.” The students would look and stare at their fish for hours, even days, until they came up with observations acceptable to Agassiz. One of Agassiz’s students, Samuel Scudder, left a humorous account of the ordeal with the fish:

“In ten minutes, I had seen all that could be seen in that fish…half an hour passed—an hour—another hour; the fish began to look loathsome. I turned it over and around; looked it in the face—ghastly. I was in despair.”

Agassiz finally returned and asked Scudder to recount what he had observed. Scudder reported, “Still more of that wretched fish! But now I set myself to my task with a will, and discovered one new thing after another…the afternoon passed quickly; and when, toward its close, the professor inquired, ‘Do you see it yet?’ I replied, ‘No…but I do see how little I saw before.’”

The same principle applies to the teacher, preacher, average Christian: “Look at your text!” Whatever it is we are studying, we need to take the time to observe, reflect, think and observe some more. I know a pastor who will read, reflect, pray and read over again and again a biblical text for hours, even for days, before ever putting a pen to paper to write a sermon. “Look at your fish.”

Nine years later, I was taking a graduate nursing program in Tropical Medicine in Antwerp, Belgium in preparation to be able to teach at the nursing school at Tandala Hospital in Congo. My professor was explaining how to extract a slide sample from a test tube solution of human excrement. He was enthused by what we would soon discover through our microscopes that day. Once again I heard, “Look at your slides, what do you see?”

I realized that worldviews...do not change quickly.

By 1989, I was teaching at Tandala Hospital, run by the Congolese Free Churches, in Congo. I recall spending hours before class drawing on the blackboard, using colored chalk to illustrate the life cycle of Plasmodium falciparum, one of the parasites that causes malaria. As I taught from this diagram on the blackboard to my second year nursing students, they were asking very good questions about the diagram.

I felt like the information was sinking into my student’s brains. But a few days later I heard a student make a comment that put me back on my heels: “Professor Gibbons’s diagram is very interesting, but we all know that diseases are caused by someone cursing you.”

I realized that worldviews, in this case an animistic worldview, do not change quickly. But we can always go back and look at our fish.

In our digital age, we do not seem to have much time or patience for the discipline of observation. People make quick judgments and conclusions, or borrow the opinions of others, or repeat what they just heard on their favorite news channel. We default not necessarily to an anti-scientific worldview, as my African students were tempted to do, but rather to simple and convenient cultural-political narratives. And if those narratives contradict science, or Scripture, or truth, somehow they still make their way into forming our opinions, and ultimately, our worldviews.

Teaching and preaching require diligent and careful observation of Scripture.

Having been trained in science, I increasingly saw the connection, not the contradiction, between scientific and biblical observation. When I went off to Trinity Evangelical Divinity School in 1986, I found there were many more fish waiting for me to observe.

In Acts, we learn that the Berean believers “were more noble-minded than those in Thessalonica, for they received the word with great eagerness, examining the Scriptures daily to see whether these things were so” (Acts 17:11-12, emphasis mine). The Bereans examined the text of the Old Testament to affirm the truth of the gospel for themselves. Additionally, Paul encouraged Timothy, “Be diligent to present yourself approved to God as a workman who does not need to be ashamed, accurately handling the word of truth” (2 Tim 2:15, emphasis mine). Teaching and preaching require diligent and careful observation of Scripture.

Let us follow the example of the early church by making good observation of the world around us.

If we are to be people of truth, it is inappropriate that a Christ-follower would entertain belief in false facts and conspiracy theories (Q-Anon, for example), contribute to spreading unproven rumors surrounding vaccines and treatments, or repeat statements meant to discredit respected public health officials. How could we possibly expect to gain a hearing for the Christian gospel from a non-believing world if believers were to say things that are demonstrably not true?

Understanding requires long and pensive observation, looking at the object (a fish, a text of Scripture, an epidemic, a moral issue) objectively and from multiple vantage points. We cannot answer the question “What do you see?” if we are only looking at an object or issue from one angle or for only a moment. Is it not wise that we try to broaden our exposure to other views, and at least try to understand those we disagree with, '...with gentleness and respect' (1 Pet 3:15), even if we must reject the other's view? If wisdom starts with the fear of the Lord, it gains ground as it is able to understand the perspectives of others, even if we disagree with them.

As Christ’s disciples, we should use discretion in rejecting lies and sharing truth as the Lord guides in His Word (Ps 119:105) and by His Spirit (John 16:7-8, 13). We should not be driven by fear, even during turbulent and uncertain times. As Christians standing for truth, standing on truth, we can count on being criticized and persecuted. But if we keep a clear conscience and speak only the truth, we will be blessed.