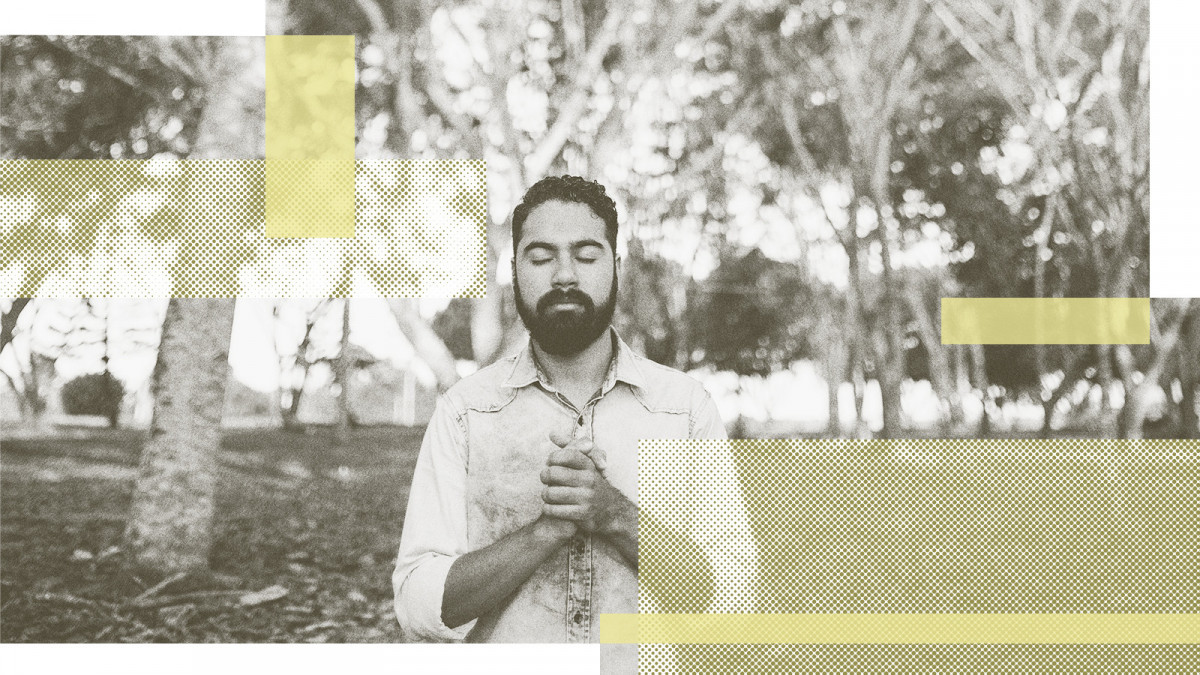 18 years ago, God moved in the hearts of three African pastors-in-training to share the gospel with the least-reached people among their own countrymen: 17 groups, 15 of which are made up of over six million Muslims.

These seminary students, with little training and no resources immediately available, began to pray. The next year, God connected them to an American mission organization that was working to take the gospel to Muslims across the Sahel region. Over the course of two weeks, they visited 45 villages, praying for each place and meeting the chiefs.

[P]rayer is the key to discipling our Muslim neighbors.

In 2011, God called a ReachGlobal missionary to move with his family to this city in Africa to begin equipping locals to reach their Muslim neighbors with the gospel. He was diligently praying that God would send him national partners with a similar vision—and that’s when he met those three African pastors-in-training.

Today, these pastors lead a national ministry with teams in three different cities, all reaching out to their Muslim neighbors. They are working to equip churches and believers around the country in doing the same.

I have only been with ReachGlobal in Africa for eight months, but it is a privilege to partner with this national ministry. If there’s one thing I’ve learned from our national partners, it’s this: prayer is the key to discipling our Muslim neighbors.

In my current context, the culture recognizes the spiritual world. There are many people active in witchcraft and most people fear curses and the spiritual forces of evil. Coming from a western culture, I haven’t always recognized the schemes of the Enemy.

But God is opening my eyes to the struggle Paul talks about in Ephesians:

Two of my ministry partners have been visiting with one Muslim woman for some time now, and I tagged along to observe as I was getting acquainted with the ministry. Several hours after each of these visits, I broke out in hive-like bumps across my arms and legs that slowly went away over the following two weeks.

Now, there may be a physical answer to what was causing the rash, such as a bug or plant reaction. But after several trips to a local dermatologist, asking friends with medical backgrounds who have been in the country for years and using various medicines, we could never figure out what was causing it. I believe it was a spiritual attack, one of those fiery arrows the enemy uses against us. My ministry partners prayed for healing during our weekly meeting. God healed the rash and I’ve been able to visit the woman’s house with no sign of the rash returning.

We pray God would prepare hearts and open doors for us to connect with men and women of peace.

It stands to reason that since our wrestling is not according to the flesh, the weapons we use are also not of the flesh. 2 Corinthians 10:4 tells us that our weapons have “divine power to destroy strongholds.” Prayer is one weapon our team uses in ministry.

In Paul’s end-of-letter remarks in Colossians 4, he exhorts the believers to continue steadfastly in prayer. Then he says, “And pray for us, too, that God may open a door for our message, so that we may proclaim the mystery of Christ, for which I am in chains (verse 3).”

This is what our ministry partners prayed as they walked through the Muslim Quarter in our city, long before they had any contacts there. Much like Jesus told His disciples to look for people of peace when they entered a city (Luke 10), they were looking for people that God had prepared to be open to receiving them. We pray God would prepare hearts and open doors for us to connect with men and women of peace.

We often pray our Muslim neighbors would find no comfort or satisfaction in Islam. I’ve never prayed this way before. Yet think of it this way: a man living in a comfortable home with four sturdy walls and a leak-proof roof won’t seek to move out. It’s the man living in a crumbling house with water running in at every rain who seeks a different shelter.

We pray that God would crumble the strength of Islam in their life, that they might seek and find the true God. Remember, God gave us weapons with divine power to destroy strongholds. Paul continues in the next verse to say that with these divine powers, “We demolish arguments and every pretension that sets itself up against the knowledge of God” (2 Cor 10:5).

Praying for binding of the strong man

In Matthew 12, Jesus shares a parable when the Pharisees accuse Him of casting out demons by the power of Beelzebul, the prince of demons. He asks them in verse 29, “[H]ow can anyone enter a strong man’s house and carry off his possessions unless he first ties up the strong man? Then he can plunder his house.”

The ESV Study Bible says of this verse: “Satan’s house represents the sinful world over which, until the coming of Christ, he had such power. Jesus has come to plunder his house and rescue people for the kingdom of God.” We pray that God would bind Satan, the strong man in the lives of our Muslim neighbors (and all the sinful world).

The rulers and authorities of darkness have developed systems of enslaving men to darkness, ways of blinding men and women to the gospel of Jesus Christ.

“And even if our gospel is veiled, it is veiled to those who are perishing. The god of this age has blinded the minds of unbelievers, so that they cannot see the light of the gospel that displays the glory of Christ, who is the image of God.” 2 Corinthians 4:3-4

We pray that God will shine His light in their lives, that He would unveil their eyes so that when we share the Word of God, they would hear and believe.

He answers when we pray

We prayed. God opened doors to befriend Muslim leaders. We prayed. A Muslim man asked what he must do to be baptized. We prayed. A little girl was completely healed from burns across one side of her body. We prayed. Two ladies had an uninterrupted, distraction free time with a Muslim woman and shared with her the story of Lazarus. We prayed. God raised up laborers in another region of the country who have seen 5 Muslims come to Christ.

Though it may seem like the least we can do, there’s nothing more powerful than coming before the throne of God and seeking His will.

God, in His sovereign plan, ordained that we would communicate with Him through prayer and that He would graciously use this labor for His glory, to move His work along. Throughout his letters, Paul urges the believers to pray: together on his behalf (Rom 15:30), at all times (Eph 6:18), with thanksgiving (Col 4:2), for the gospel to be advance (2 Thes 3:1) and for all people (1 Tim 2:1).

While we strategize and use different methods for reaching our Muslim neighbors with the gospel of Jesus Christ, boldly proclaiming it through the sharing of His Word, we always begin with prayer.