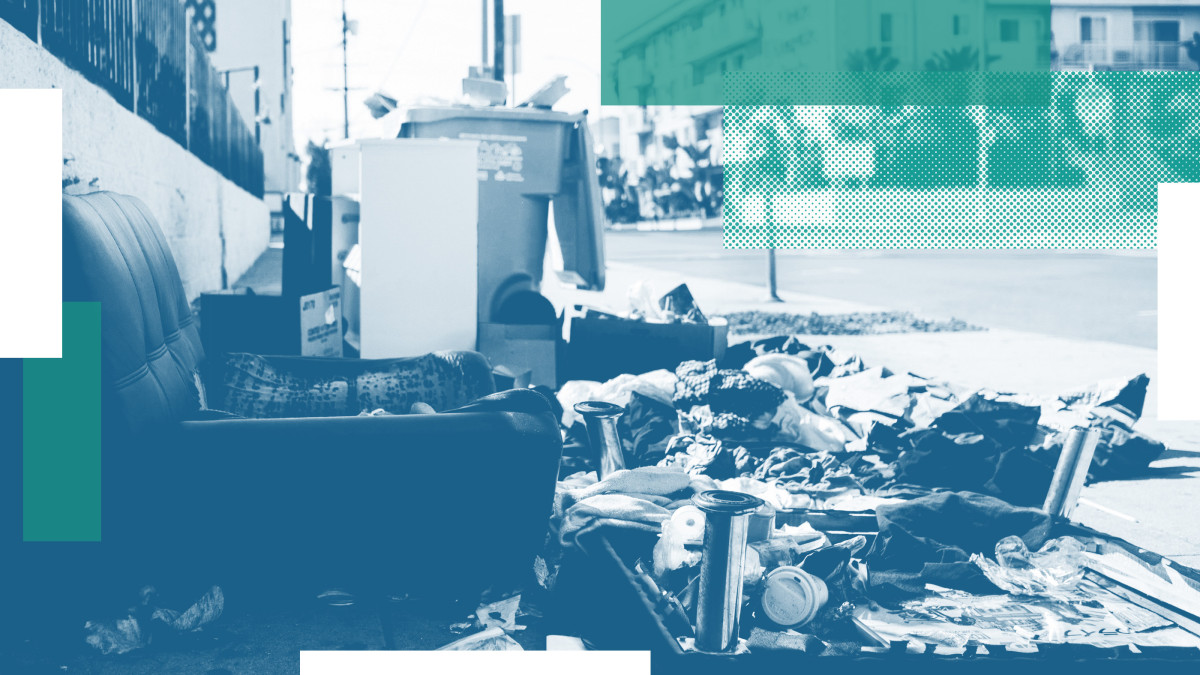 I spent my first years of life in suburban California, and I assumed every person on earth had a TV and a bike and a refrigerator that magically produced food. As a fish doesn’t know anything besides water, I couldn’t conceive of anything besides middle-class.

I moved to Liberia when I was six years old, and the boy on the other side of our fence ate frogs out of the swamp when his family ran out of food. I met girls who walked miles to haul water while I walked to my privileged international school. I later lived 16 of my adult years in Tanzania, where my rickety van and millepede-infested house felt like luxury. I didn’t have a dishwasher, a dryer or central air conditioning, but I had electricity and plumbing, and that lifted me above most Tanzanians.

I was a fish out of water, gasping for breath at the dichotomy between my life and theirs.

Now I’ve been back in America for two years, and I find myself slowly captivated by the middle-class ocean. The voices calling me from billboards and magazines and screens are persistent: You need more. You deserve more. It’s your right. I don’t want to listen, but I do.

Americans spent over 10 billion dollars on Halloween this year, which is more than the entire GDP of 60 countries. Americans will spend around 900 billion dollars for Christmas, which is more than the GDP of 173 countries – all but 17. Just Christmas. Scientists estimate that if everyone on earth lived the lifestyle of Americans, it would take five planet Earths to support them all. Guess that means I should be “glad” most people are poorer than Americans.

Yet when I drive through neighborhoods of houses that look just like mine with a Starbucks and a Panera on every corner, when everyone around me goes to Disneyland and Outback Steakhouse, I struggle to put my head above the water and remember how most of the world lives. It’s easy to fool myself into believing that just about everyone has what I have, that I am in the majority. Or perhaps I’m poorer than the majority since I can’t afford pedicures, cruises and designer purses.

Is it really relative?

A friend in Tanzania wrote to tell us that he hasn’t had a job for a year, so could we front him the money to start a new business? And my immediate thought was no, because I just found out this morning that my child needs braces.

And my next thought was that I just chose braces over my friend’s desperation to put food on the table and pay school fees for his kids.

Yet the water I swim in keeps coaxing me that more stuff will make me happy.

I like to pretend I’m not wealthy. Jesus said that to whom much has been given, much will be required, so if I’m not rich, He can’t require much of me. I can hunker down and pay for braces and not worry about people who need the money more than I do. But that sounds awfully close to the servant’s excuse who hoarded the one talent he was given: “I was afraid, and I went and hid your talent in the ground” (Matt 25:25, ESV). Yet even worse, I would be pretending to be a one-talent servant when actually, I’ve been given five. If I’m part of the wealthiest 6 percent of the world, there’s just no other way to look at it.

Yet still I am not content. What does God think of me, sitting in my suburban house with my indoor plumbing, two refrigerators and TV streaming services, feeling sorry for myself because I can’t afford to replace my ugly backyard fence? He hears the cries of the starving mother in Sudan; He sees the sweat glistening on the Bangladeshi girl frantically sewing my next sweater; He feels the pain of the Pakistani family whose entire livelihood washed away with the flood. And I pout because I don’t like my fence.

I am haunted by 2 Corinthians 8, where Paul encourages the church to donate to Jerusalem’s poor: “Give in proportion to what you have….I don’t mean your giving should make life easy for others and hard for yourselves. I only mean that there should be some equality” (verse 13, NLT).

I am stressed over not having enough time to buy Christmas presents. She is stressed over finding enough food for her children to eat tonight. I am exhausted from running my children from activity to activity. She is exhausted from hauling 25 buckets of water and washing clothes by hand. I grumble over the extra car repairs. He spends two hours on a crowded bus to get to work. I fret because I can’t afford wrinkle cream. He helplessly holds his baby dying of diarrhea.

Yet the water I swim in keeps coaxing me that more stuff will make me happy. Every women’s retreat flaunts door prizes and every kid’s party requires goody bags and every event boasts a new t-shirt and these things stuff our trash bins fuller than any other country in the world. We give our children presents we know they won’t play with and we give our relatives gift cards that sit dusty and unused to the tune of 21 billion dollars. And when we run out of room, we spend another 40 billion dollars on extra storage space.

The Kingdom is waiting

Jesus told the rich man to sell his possessions and give to the poor, but in America that doesn’t mean anything because we have so much extra stuff that even the poor don’t want it. To donate my stuff to Goodwill, I’d better get there at precisely 10:00 because by 10:30, their donation baskets are full. Thrift stores only sell 20 percent of what they receive, and the rest is shipped to Africa. But even Africa is drowning in America’s thrown-out clothing, which explains why there’s a mountain of discarded clothing in Ghana that’s 65 feet tall. My sweater that Bangladeshi girl sewed might be in there.

If the ache reminds me that America will never be my home, even better.

When is it grace and when is it greed? Greed isn’t black and white like adultery or theft; it’s far grayer. There is nothing inherently sinful about buying a boat or going to Disneyland or putting in a patio. The earth is the Lord’s, and many things can bring Him glory. It’s a matter of the heart, they say. But my heart is deceitful and desperately wicked and I am excellent at justifying: This is such a wise investment. I’m just stimulating the economy. But it was on sale. I didn’t spend it on myself; I spent it on my kids. I tell myself I’ll just buy less, but how much is less?

I don’t know that answer. But when I choose to acknowledge my wealth, then I must listen carefully to Scripture’s admonitions for the wealthy. It should matter to me if my accumulation of stuff is the product of injustice in other countries (Prov 22:16). I should tremble at Jesus’ warning that it’s extremely difficult for the wealthy to enter the Kingdom of God (Mark 10:23). I must call to mind that money causes many to leave the faith (1 Tim 6:10). I must steward the weight of responsibility as a five-talent servant (Matt 25:14).

I am compelled to think on these things, and I gasp for air, wrestling in the exertion of a fish out of water. I certainly fail, and grace always catches me when I do. But it’s that same grace, so lavishly poured out on me, that compels me to stay uncomfortable, unnerved, unsettled. May the tension keep me from bowing to a counterfeit master (Matt 6:24). If the throb pressures me to analyze every dollar, so be it. If the ache reminds me that America will never be my home, even better. May the burden excavate my true treasure—imperishable, eternal—and there also may my heart be found.