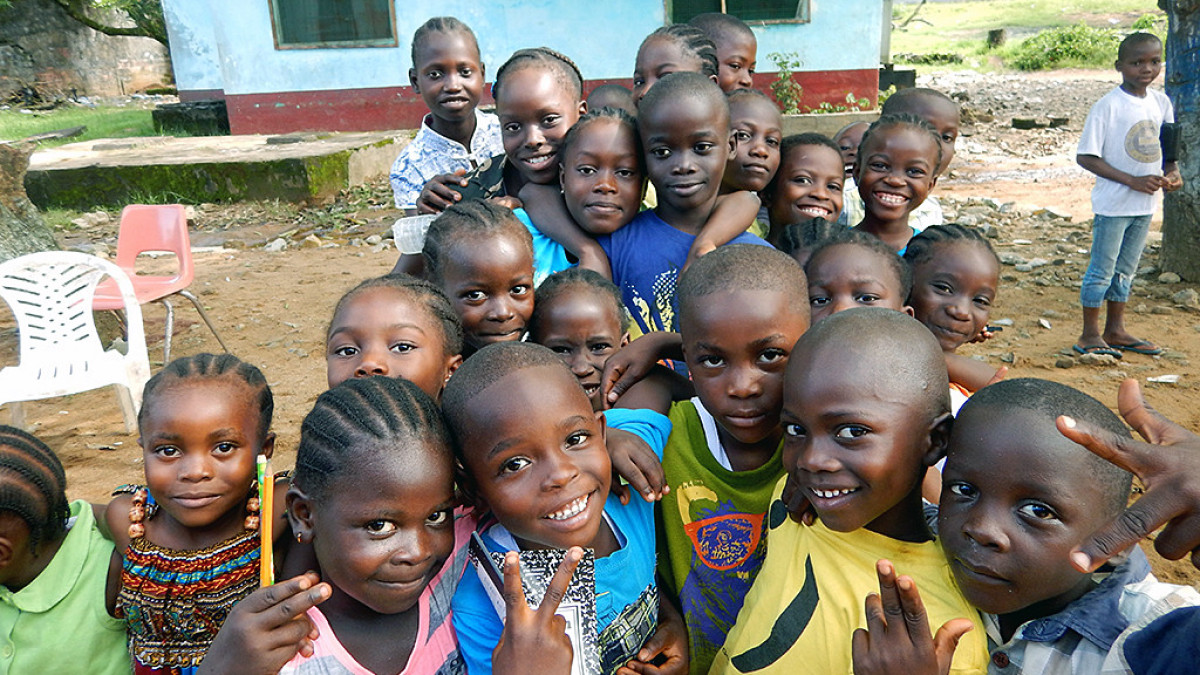 You don’t know them, but I do: Rebecca, Anitta and Success. Young women of Liberia, the nation’s successors.

I’m sure that I am not the only one who wants them to live happy and fulfilled lives, to achieve. There is a universal desire for youth to prosper and succeed.

Yet despite life dreams and inalienable rights, life in Africa often doesn’t go as planned, and childhood turns traumatic.

During times of upheaval, classrooms are beacons of bravery.

The country of Liberia sadly illustrates this. During the past 20 years, Liberia has been maimed in two brutal civil wars and is just recovering her land legs from the three-year tidal wave of Ebola hemorrhagic fever.

Through it all, Rebecca, Anitta and Success have lost one or both parents, homes and life-as-usual. They might have gained only depression and despair in exchange if not for an unexpected turn in their story.

The power of the classroom

Across cultures, education has raised individual and community resilience. But education’s boost increases exponentially in conflict. During times of upheaval, classrooms are beacons of bravery—not only teaching literature and languages but also fostering hope that life will go on past this present chaos. Schools succor broken communities in three powerful ways:

First, schools provide protection. Classrooms offer physical shelter, but they also shield children from exploitation through the watchful care of responsible adults when guardians are otherwise occupied or absent.

Second, schools offer social support. As the only available service for many distressed children, schools can buffer the trauma through everyday routines while providing vital community connections.

GlobalFingerprints sponsorship gives this trio a gift of hope, and thousands like them.

Lastly, schools nurture competence. Schools confer abilities to girls and boys that will give them skills to restore damaged national economies into contributing world communities. An educated workforce is perhaps the most powerful tool for breaking poverty’s chains of crime, disease and despair. But access to school can radically change a girl’s life, since girls who stay in school longer marry later. They are healthier themselves and raise healthier, happier families.

For these reasons and many others, access to learning is the top intervention solicited by both children and parents in crises. Humanitarians advocate for education’s place as one of the essential pillars of crisis assistance, along with food, healthcare and shelter.1

Though education can transform, too many children never occupy a desk. Recently, a UNICEF study named Liberia as the country with the fewest children attending primary school—more than two-thirds of the population is truant.2 This is a “win” that no nation wants.

Since mid-2013, EFCA GlobalFingerprints has opened doors to education for orphaned and vulnerable children in Liberia. GlobalFingerprints is a child-sponsorship outreach to the neediest children in the world. In the capital city of Monrovia and its surrounding counties, and in Ganta in the north, GlobalFingerprints provides school fees, school uniforms and medical care, as well as connections to counseling and local congregations. Children attend special events and caregivers can take small business training.

Girls like Rebecca, Anitta and Success now attend quality schools neither overcrowded nor led by predatory teachers demanding favors for passing grades. Locally-trained child advocates spend time with each girl in her home setting. And each is prayed with and prayed for.

GlobalFingerprints sponsorship gives this trio a gift of hope, and thousands like them. Each monthly donation declares their value to their communities and to the watching world. It is our prayer at GlobalFingerprints that girls and boys prosper—healthy and hale, whole in body and mind—evidencing the soothing balm of Christ’s love to heal from trauma’s wounds.

Yes, Father, may it be so for Rebecca, Anitta, Success … and many, many more.

1
“Supply and demand restrictions to education in conflict-affected countries: New research and future agendas,” by P. Justino, International Journal of Educational Development, 47 (2016), pp. 76-85.
2
“Liberia tops UNICEF ranking of 10 worst countries for access to primary school,” by K. Migiro, Thomson Reuters Foundation, Sept. 1, 2016.
To learn about children available for sponsorship in Liberia and other countries around the world, contact Peggy Maynard.