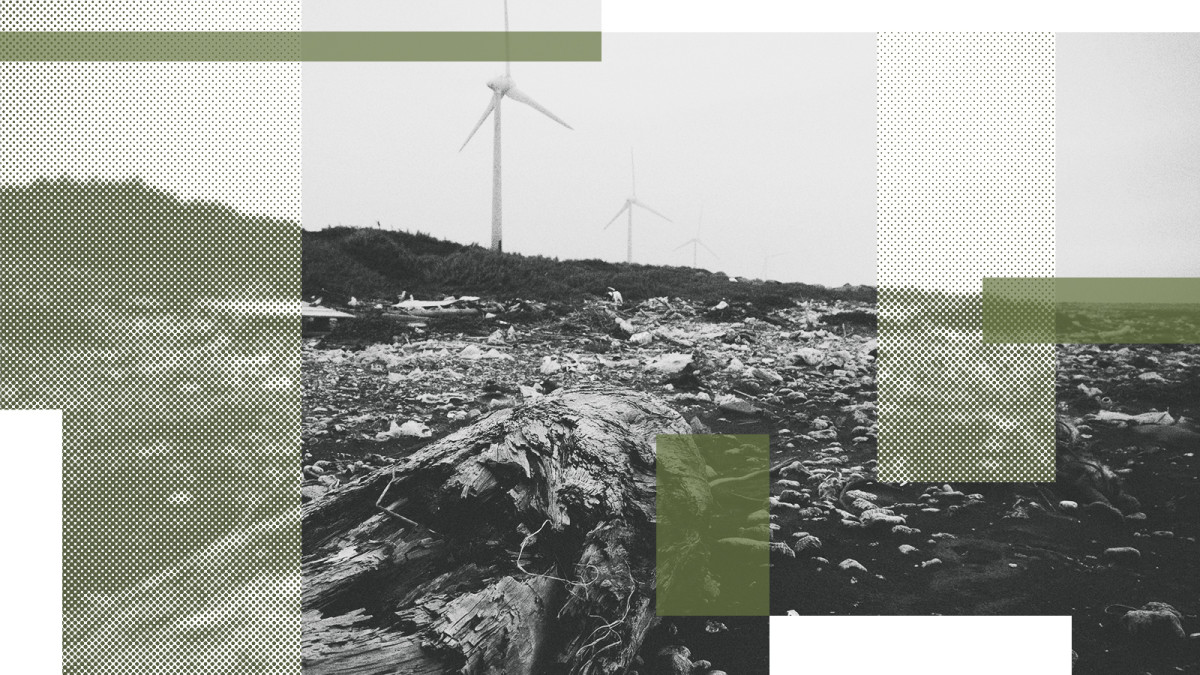 Editor’s Note - Names and places have been changed for security reasons.

I was born a natural worrier. My aim was a simple, comfortable life with minimal cause for worry. That changed when God confronted me with a simple truth—if I truly believed Him, I would be willing to trust Him and take a risk. I committed to following God’s call wherever it took me, even if it seemed daunting. Thankfully, God led me just one step at a time, but over time, those steps add up. This led me to Asia where I now live and work, something I never would have imagined doing earlier.

Early in my time in Asia, I was invited to a local ministry site. As I left the city, the concrete-covered, crowded spaces gradually gave way to the enticing beauty of nature. After breathing the stuffy air of the city, the longing for freshness overtook me, so I took a deep breath. But, instead of freshness, I was hit with the overwhelming stench of rotting garbage.

Looking a little closer, I realized that the lush foliage stopped short of the hilltop ahead. Instead, its peak was a dark, dingy mess with smoke rising from smoldering fires. My driver turned onto a rough, narrow road heading straight toward the mound. Huge bales of garbage increasingly marred the landscape along the road. On the hill itself, trash spilled down the side, stopped only by a retaining wall. The putrid odor made me wish I could hold my breath longer.

My driver confirmed what I suspected: the mound was an enormous garbage dump. As I rounded the dump, I finally saw my intended destination—the community nestled at its base.

My driver confirmed what I suspected: the mound was an enormous garbage dump. As I rounded the dump, I finally saw my intended destination—the community nestled at its base.

Life amidst the garbage dump

The community of Nabil is a slum that has existed on and around the garbage dump for generations. Some who live there were born there, while others ended up there because they had nowhere else to go.

The dump is a major source of income for many residents. Some make a living as ragpickers or scrap dealers, searching the dump for things which can be reused or recycled. Others search for materials to fertilize their gardens or fields, so they can sell fruits or vegetables to city vendors. Life has always been tough in Nabil with no material hope for the future. Nicer homes are built from stacked bricks or woven bamboo, the rougher ones from scavenged materials.

Work on the dump is difficult and dangerous, often resulting in an early death. Making sufficient income is a challenge, so children often forego school and work alongside their parents to make ends meet. The residents commonly expect a short, miserable life.

A few years ago, God called our team to reach out to this underserved community. Led by a woman who lived in a neighboring village, team members regularly visited the area. Our hope was to offer tangible help for physical needs in partnership with GlobalFingerprints. At the same time, we would share the gospel message and plant a church.

Work on the dump is difficult and dangerous, often resulting in an early death. Making sufficient income is a challenge, so children often forego school and work alongside their parents to make ends meet.

The initial response was far from a warm welcome. Many residents were wary and distrustful of outsiders. Others were just too busy trying to survive to bother. With little progress, it was tempting to give up on the endeavor, but we sensed God’s call and could not retreat. Some team members spent time daily in Nabil talking to whoever was willing to talk and even ventured onto the garbage dump itself to meet people where they worked.

An unexpected but thriving community

The persistence of our team led to breakthroughs. Relationships slowly developed between our team and the community. With the help of GlobalFingerprints, we found sponsors for children in the direst circumstances. We located a space near the middle of the community to establish a small outreach center. From that space, we could distribute food to families of sponsored children. With the help provided, the children were finally able to attend school.

We started a tutoring program at the center to help the children catch up with their peers. Team members visited each sponsored child’s home at least once a month. Among other things, these visits opened a window to develop relationships with the whole family. We also hosted a weekly kid’s club program and church service at the center. On holidays, we planned community events and sometimes took the youth on a field trip. Some probably attended these things just for the break from their usual routine, but that didn’t matter. Each interaction was another opportunity to strengthen relationships and to share the gospel message.

Gradually, our team saw spiritual fruit from the ministry. Despite initial struggles, a fledgling church was born in the slums of Nabil. People came to faith—first one, then a few, then a few more. In this part of Asia, believers experience significant pressure, and sometimes persecution, from those of the majority religion. As such, the choice to become a Christian is not one that anyone takes lightly. Having counted the cost, these believers are whole-heartedly committed to serving God and to reaching others with the gospel. There is so much beauty in this passion and commitment.

We started a tutoring program at the center to help the children catch up with their peers. Team members visited each sponsored child’s home at least once a month. Among other things, these visits opened a window to develop relationships with the whole family.

One of the first believers was a young girl named Amanda. Her commitment to her faith was powerful despite her young age. Soon, her best friend followed Amanda’s example and committed her life to God. Together, they were baptized in the faith despite the disapproval from their unbelieving family members. Today, they are fixtures within the local Nabil church serving wherever God allows.

My first experience in Nabil was for a youth day hosted by the church. Young people from neighboring villages were invited to come. It seemed an odd choice to have such an event near the garbage dump. However, I quickly realized why the place was chosen. The church members, especially the young adults like Amanda, were thrilled about the opportunity. The gathering place was freshly-cleaned and vibrantly decorated, leaving no doubt a special event was taking place. Woven mats provided ample seating space for the coming guests.

As the guests arrived, they were greeted warmly by their hosts whose enthusiasm was infectious. About 100 people filled the space for the day together. The pastor and a couple of church members led us in lively times of worship. A visiting pastor shared a message from Scripture. During a midday break, our hosts provided a simple but plentiful meal. There was laughter and fellowship as we gathered picnic-style to eat. From beginning to end, our hosts treated us like honored guests at a joy-filled celebration. On that day, it struck me just how much that means. Nabil, a place with no earthly reason for joy, was bursting with it. The truth of the gospel, God’s gift of grace, brought joy in a most unlikely place.

One of the first believers was a young girl named Amanda. Her commitment to her faith was powerful despite her young age.

The beautiful view of God’s workmanship

It is a beautiful thing to witness the Nabil church thriving and growing. Over the years, it has become a community hub connecting and helping people in the area. More than two hundred children now attend the kids’ programs. Many of their parents participate in the church services. As a result, the church and its outreach programs have outgrown our original center. We praise God for this problem because it shows no sign of stopping. We also thank God for providing a solution through the help of ministry partners.

On a warm, sunny January day, our team stood with some church members in the open space our center once occupied. Together, we sang songs of praise, shared stories of God’s faithfulness and prayed for his continued blessings. With the garbage dump as a backdrop, we broke ground for a new church building in Nabil. We buried a Bible in the ground below where the foundation would be poured as an act dedicating it to God. Within a couple of months, the new church building will be complete. Our hope and prayer is that in this space the church will continue to be what it has become—a bright light in an otherwise dark place.

People talk about the breathtaking vistas of the Great Barrier reef, the grandeur of the Grand Canyon, and the brilliance of the Northern Lights. To me, these all pale in comparison to the simple beauty of God working in unexpected places like Nabil. I am honored to be allowed such a view. And I never would have experienced it if I hadn’t taken that first step in faith. It was well worth the risk.