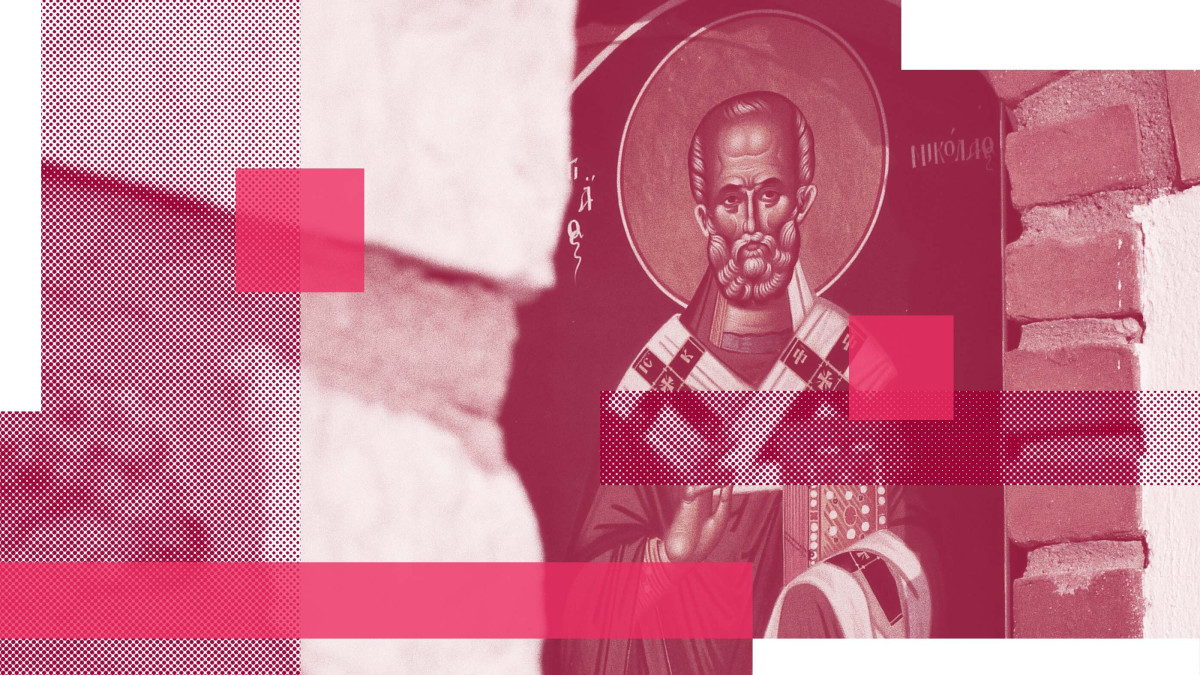 A friend of mine once joked that he knew Santa wasn’t real before he knew who Santa was. I wonder if, looking back, my daughter will say she had a similar experience: I don’t like to tell her things that aren’t true, but we do like playing pretend so we still tell stories about Santa Claus. Our first Christmas movie of the year is usually Tim Allen’s The Santa Clause.

The stories of chimneys and reindeer are fun, but there are two legends about the real Saint Nicholas that I’m much more excited to tell to my child. These stories weren’t crafted by Coca-Cola, but were instead passed down by Christian parents to their children. While the following legends are not historical, they do show us something very real about the heart of the historic Church, that we would do well to emulate.

While the following legends are not historical, they do show us something very real about the heart of the historic Church, that we would do well to emulate.

These legends show what the Church has valued throughout the centuries and reveal the historic Church’s twin-callings of preaching the gospel and distributing to the poor, which are grounded in the Scriptures.

Nicholas was born to wealthy parents. After they died, instead of keeping the inheritance, he distributed the money to the poor.

There was a righteous man who had fallen into poverty. The righteous man had three daughters who lacked a dowry and would likely have to be sold into sex-slavery. On hearing about their distress, Nicholas went to their house with gold. He saw socks drying above the fireplace, and placed the gold into the socks.

When morning came, the man and his daughters thanked their Heavenly Father for His provision.

In 325 A.D., during the Council of Nicaea, Arius argued that Jesus was not God but was instead created by God to serve as a little god. Nicholas was rightfully angry by this false teaching, but his righteous anger turned unrighteous when he walked across the room and punched Arius in the face. Nicholas was thrown into prison for his violent act.

That night, according to legend, the risen Lord Jesus and his mother Mary came to his jail cell and set him free. He told them he was imprisoned “for loving you.”

What I love about these two stories is Nicholas’ commitment to sound doctrine and to the poor. The twin priorities of Jesus and Paul were preaching the gospel and caring for the poor. The legends of Saint Nicholas make sense in this light—they were created by people who shared these twin priorities.

There is a lie running around that is from the pit of hell. This lie is that we must choose between sound doctrine and compassion. We don’t have to choose between being Bible people and being compassionate! On the contrary, when we ask the Holy Spirit to renew our minds as we soak in the Word of God, compassion will flow forth and our families and neighborhoods will flood with the glory of the God who rescues the poor from distress.

The Church is called to be the pillar of truth and the signpost of the world to come in which no one will lack.

The great church planter Paul was called to preach the gospel and remember the poor. Oh, how great a need is there for a rediscovery of the twin-callings of the historic Church! The choice between truth and remembrance of the poor is a false dichotomy. To choose either is to reject the ways of Nicholas, Paul and most importantly our Lord Jesus.

We, also, as a movement of churches in the EFCA, have committed ourselves to the truth of the gospel and also to compassion for the poor and justice for the oppressed in our Statement of Faith in Articles 2 and 8:

The Bible: We believe that God has spoken in the Scriptures, both Old and New Testaments, through the words of human authors. As the verbally inspired Word of God, the Bible is without error in the original writings, the complete revelation of His will for salvation, and the ultimate authority by which every realm of human knowledge and endeavor should be judged. Therefore, it is to be believed in all that it teaches, obeyed in all that it requires, and trusted in all that it promises.

Christian Living: We believe that God's justifying grace must not be separated from His sanctifying power and purpose. God commands us to love Him supremely and others sacrificially, and to live out our faith with care for one another, compassion toward the poor and justice for the oppressed. With God’s Word, the Spirit’s power, and fervent prayer in Christ’s name, we are to combat the spiritual forces of evil. In obedience to Christ’s commission, we are to make disciples among all people, always bearing witness to the gospel in word and deed.

The Church is called to be the pillar of truth and the signpost of the world to come in which no one will lack. What would it look like for our association of churches to be zealous for the truth, and eager to remember the poor? I believe there are two spheres where we can live out these twin callings.

I am so thankful to have grown up with a father who pointed my siblings and I to the wonder of the Scriptures. He did this through formal times of devotions, but also through teaching us songs on guitar and listening when we brought questions to him.

He was not simply a teacher of the Bible—he showed us what it looks like to practically serve the poor and vulnerable. His care for others was passed down to us as we watched him invite fatherless children into our games of catch, as he welcomed a widow to our family Christmas and as we saw him drive away to visit people in prison.

I want to be a dad like my dad, who not only tells but shows his children what it looks like to be a Christian who is passionate about the truth and loves the poor.

Our attention is often driven by what is trending and what is playing on our 24/7 news cycle. There is always a disaster calling for our attention. What strikes me about the legend of Saint Nicholas is that he was aware of the predicament of a family in his neighborhood.

How often are we missing out on the sufferings of our next-door neighbors because we are busy worrying about what is happening 1,000 miles away? There is unbelief and suffering in every small town, suburb and city in the world. What if, inspired by Nicholas’ heart for truth and the poor, you took the lead in being a light for the Kingdom of Heaven on your block?

How often are we missing out on the sufferings of our next-door neighbors because we are busy worrying about what is happening 1,000 miles away?

It was the middle of April 2018, when snow began to fall. After a day of snowfall, there were 20 inches on the ground. The entire block was in hibernation mode, so I was surprised to hear a knock on the door. It was two boys (12 and 11), asking to shovel to make some money.

This was the first of many meetings.

The boys were fairly new to the block. After months of knowing them, I found out they moved to our block from a homeless shelter in downtown Minneapolis. It took about a year for our families to become really close. The boys’ mom and my wife became friends. The boys’ little sister is our daughter’s best friend on the block. Even our wannabe guard dog loves when their family comes over. When ministry is focused on the block, there is no feeling of superiority between classes. It’s less about a program to help “needy people,” and more about turning neighbors into friends.

In the Fall of 2019, I had the privilege of baptizing the younger brother in the name of the Father, Son and Holy Spirit. He is now 14, and is continuing to be discipled in the ways of Jesus.