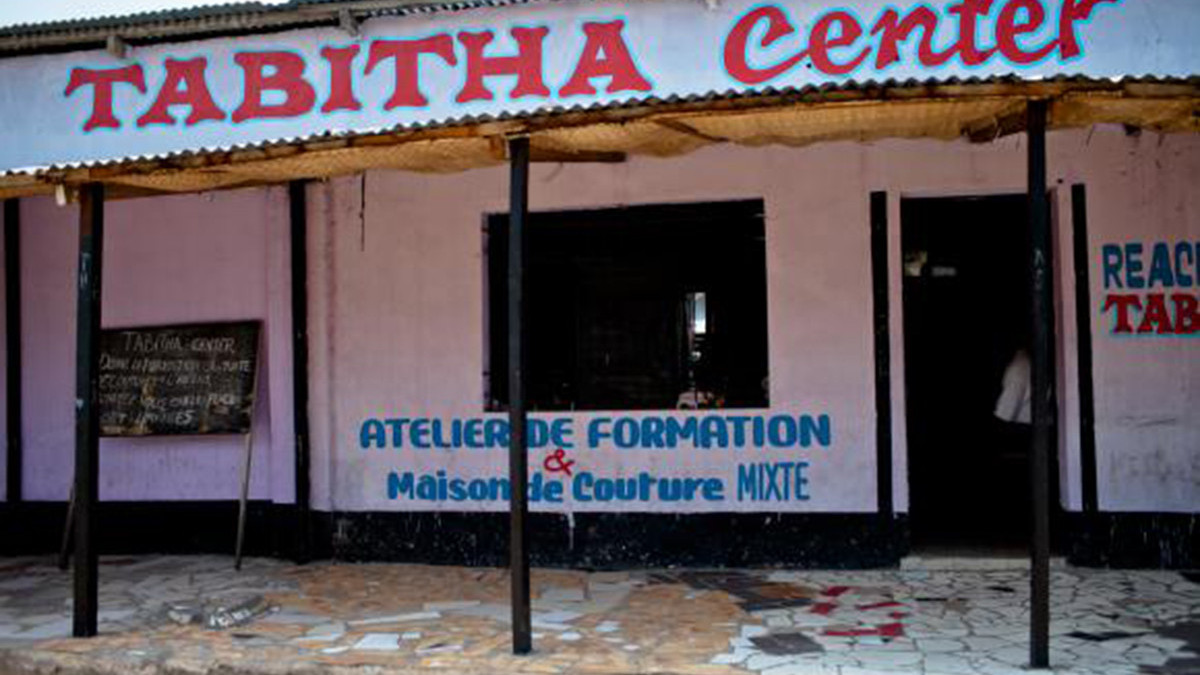 Picture a place where prostitution, child trafficking, sexual violence and food poverty gnaw at the heart of a city.

Imagine a place where violence against women is an accepted norm.1 A country called the “rape capital of the world” in 2010, where many of the aforementioned women are forced to become sex slaves.

This is reality in the Democratic Republic of the Congo, formerly known as Zaire. DR Congo is Africa’s second-largest country, by area, and fourth largest in population. The prevalence of sexual violence in this central sub-Saharan nation has placed a large population of street children in immediate danger.

People often migrate from the countryside to Kinshasa, DR Congo’s capital and largest city, in hopes of a better life. In 2016, however, Kinshasa was listed as the sixth-most expensive city in the world to live. Once there, young girls face a sobering reality: Selling their bodies becomes their only alternative to make a worthwhile wage.

In this darkness, however, beacons of light are shining: Tabitha Centers. The passion and vision behind these centers traces directly back to a Congolese woman named Claudine Selenga.

Claudine and her husband began serving with EFCA ReachGlobal in 2009. Pastor Selenga (ReachAfrica director) and Claudine (Tabitha Center director) want to see Africa transformed through the demonstration and proclamation of the gospel.

Claudine recognized early on that poverty and unemployment directly contribute to the country’s evils. It’s a sobering cycle: When parents can’t earn enough money to support their children, they easily rationalize aborting their unborn or throwing newborns (especially girls) into the garbage. For too many girls born into this desperation, prostitution later becomes their way to help support the family.

Even in Democratic Republic of Congo—called the rape capital of the world—there are beacons of light.

Claudine’s first response was to launch a Bible study from her home, inviting girls from the neighborhood and her local church. She found that the tragic realities she was hearing about on television—which were destroying Kinshasa—were the very problems these young women faced.

She began with courses on sewing, cosmetology, cooking and more, reasoning that if the girls could learn valuable skills as a viable alternative to prostitution, they might not be at the mercy of desperation. Instead, they might instead contribute to their family’s climb out of poverty. Yet without these employment opportunities, nothing would change.

As the number of young women attending this Bible study/skill training increased, they moved from their home to an abandoned bar/brothel near where the girls lived. Claudine's ministry eventually transitioned to a fully holistic approach through physical, spiritual and emotional support.

Soon, one location was not enough. Multiplication could only happen, Claudine realized, by engaging the local church.

This is now the platform through which the ministry is bringing change to individuals, churches and their communities. Girls are mentored by women from local churches, who help them learn a chosen job skill and understand the Bible’s answers to life’s questions.

“It would have a huge impact on our city,” Claudine says through a translator. “It’s attainable, but only by God’s intervention.”

“There are many vulnerable women,” echoes Jim Snyder, ReachGlobal ministry leader in Congo and coordinator of the ReachGlobal Kinshasa City Ministry effort. “Even having a thousand centers is inadequate.”

Each Tabitha Center is financially supported by those who attend the center as well as the host church—a unique concept in Kinshasa, where many NGOs depend upon outside funding. When Tabitha was first established, Claudine said she had trouble getting churches involved. Now there’s a waiting list.3

The partnership has been powerful. Pastors value the opportunity to extend their ministry further into their communities, and they and their church members have also benefited from Tabitha training.4

The ministry’s newest expansion opportunity is GlobalFingerprints Tabitha—the EFCA child-sponsorship ministry. Currently, 52 girls are sponsored, a relationship that involves job-skills training, medical care, and learning to read and write.5 Each sponsored girl also gains the immeasurable value of knowing that someone cares deeply and specifically for her.6

But it’s not just about financial support; throwing money at the problem isn’t the solution. Claudine, Jim and others continue to explore additional options for job skill training that fit the needs of Kinshasa. “We want culturally appropriate ideas,” Jim says, “and for those in the community to find solutions.”

For example, many centers are adding women’s rights training to keep those enrolled from being taken advantage of, and there are plans to teach computer skills and English.

As the Tabitha ministry expands and meets the needs of more women, Claudine, Pastor Selenga and Jim are among many praying that it’s only a matter of time before Tabitha transforms an entire generation.

Join us as we continue this fight against the darkness: Make a gift to support the work and mission of the EFCA.

Read the heartbreaking story of rape’s reality in eastern Congo.

1
Democratic Republic of the Congo Statistics, 2015, UNICEF (“justification of wife beating”).
2
At each center, approximately 25 women receive training and care in a disciplemaking culture. Therefore, with the goal of 1,000 centers, 25,000 women each year would be prepared to be disciplemakers in a city that’s expected, by 2030, to rank as the 14th-largest urban area in the world (Demographia World Urban Areas Population Projections, 2010).
3
Those hosting Tabitha Centers often receive training through CEMILER (the ReachAfrica Missions and Leadership Training Center), which provides relevant sessions on everything from what it means to have a healthy church and the value of human life (in partnership with Life International based in Michigan), to servanthood and the discipleship of children (in partnership with Kids Around the World).
4
Bible study training available for churches via Tabitha Centers includes: Choose Life (Choisi la Vie)—addressing hard life questions with biblical solutions; Road of Hope (Chemin d’espoir)—providing hope to the hopeless; Sanctity of Human Life—focusing on God’s design for life, relationships and the unborn.
5
Thirty percent of those who come to Tabitha Centers are illiterate.
6
More than 100 girls are currently registered and waiting to be supported through EFCA GlobalFingerprints. Some have waited more than two years for a sponsor.