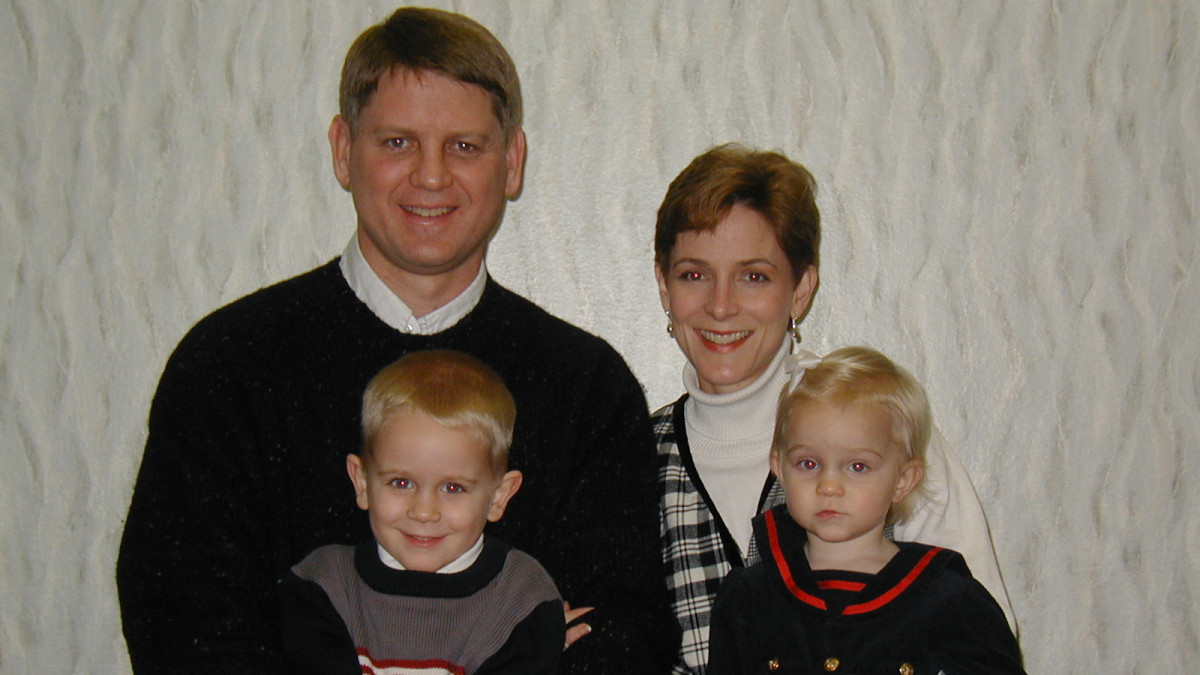 Leaving Texas and moving to Kyiv in November 1995 was not the best idea. There were large chunks of ice floating down the Dniper River as we looked out the airplane window at our new city.

The airport was under construction. They led us into an empty hangar with one lightbulb hanging from the ceiling. Soon, the doors opened and two men pulling a wooden cart piled high with suitcases dropped it in the middle of the hangar and walked out. A fellow passenger climbed up and started pulling the suitcases off—and that was how our 15-year adventure in Ukraine began.

Even before moving to the Chicago area from our hometown of Austin, Texas to study at Trinity Evangelical Divinity School, we knew two things: we wanted to live overseas, and we wanted to plant churches. We were both deeply impacted by reading various missionaries’ biographies as well as short-term mission trips we took—Julie to Thailand, and James to southeastern Europe, what was formerly Yugoslavia. James in particular felt a strong call to plant churches as a fulfillment of God’s promise to build His Church (Matt 16:18).

We did not know where we would go or with whom we would go. But a good friend told us that when we got to TEDS, we should meet Terry and Emily Dischinger. When we met, they shared their desire to form a team to move to Ukraine and plant churches with ReachGlobal. We were really encouraged to be connected to another couple that had the same passion, desire and calling we did; we saw this as a provision from the Lord in confirming our calling. Four years later, we moved to Ukraine to join the Dischingers and another couple, Mark and Julie Morgenstern, to build ReachGlobal’s ministry presence there.

The long winter months were good for something—hours of Russian language study. Our walls were quickly decorated with charts of case endings. We spent our first two years studying with private teachers full-time, and then part-time for many years after that. Our team leader was adamant that we not do any “ministry” until we could do it in the native language.

Though frustrating and tedious at times, it opened doors for a variety of ministries and conversations in the heart language of the people we now lived alongside: Bible studies, English classes for children and adults, working with orphans and widows, international schools and just becoming neighbors and friends with these wonderful people filled our days.

Vita was one of them. She began coming to our church when she was seventeen years old at the invitation of a friend. Soon, she became a believer and was baptized by James (see photo). Vita met one of the Bible college interns that worked with us; they married each other shortly after and both became key leaders in our church.

One of our favorite parts of church planting was watching our own children, Will and Katia, grow up in the church, especially in a different country. When they were babies, the Ukrainian teenagers in the congregation would hold them in the back of the church so that we could participate in the service.

Though raising children in a foreign country wasn’t always easy, they did have an easier route to learning Russian than we did: we had a Ukrainian nanny that loved them like a second mom. She taught them all the songs, nursery rhymes, children’s books and cartoons so they could fit in with the other children on the playground. Our children have a deep love and appreciation for Ukrainian culture even today.

Early in our time in Ukraine, we developed a partnership with Ukraine Bible Institute (UBI), a 2-year Bible college started by Cru. We taught a few courses per year at the college and, in return, we were given first choice of interns to work with our church planting team in the Obolone area of Kyiv. Over the years, about 20 different students interned with us; many of them eventually formed, along with Ukrainian pastors working with the Evangelical Free Church of Canada Mission, what became the official association of Evangelical Free Churches in Ukraine. These dear interns-turned-ministry-partners are still active in churches two decades later, building up the Church despite the fluctuating landscape of eastern Ukraine in particular.

As our kids got older, developing friendships and attending school, we got more comfortable doing ministry in this context. We fell in love with the warmth of the people and the beauty of the city. By the time we left Ukraine, Will and Katia were the older kids in the back of the church, holding the babies of the people who once held them.

A time of transition

After about two years of meeting three times per year with a group of pastors that had graduated from the program at UBI, I (James) found out that they had met to discuss the official association of evangelical churches in Ukraine without me. I only found out after the meeting had happened.

From our perspective, this was a good thing: it showed they were not dependent upon our leadership to move forward. They were taking the lead and moving forward. As a result, Julie and I began to wonder why we were still there. What was God was leading us to do?

On the advice of ReachGlobal leadership, we took a one-year home ministry assignment, moving back to Austin, Texas from 2009 until 2010. We were open to going back to Ukraine, but we were also open to going somewhere else and being engaged in another form of ministry.

One option was to move to Budapest, a hub for mission in central eastern Europe, and join the strategic partnering team in Europe to explore and build ministry connections with Europeans in cities where ReachGlobal did not have a long-term presence. After a lot of thought and prayer, we made our decision: in August of 2010, we moved back overseas to Budapest.

Even though we have now lived in Budapest for 12 years, we are still deeply connected to Ukraine. In addition to the three or four trips I (James) have made, our whole family made a trip back to see friends in 2010. Many Ukrainian friends have visited us in Budapest and stayed in our home. The relationships we built over our 15 years there continue to this day.

In 2014, after the massive protests against the Russian annexation of the Donbas region and Crimea (what many in Ukraine simply refer to as “Maidan,” the Ukrainian word for “square,” as in Independence Square, where the protests took place), we hosted families in our home who simply needed to rest.

As a result of the 2022 invasion of Ukraine, we have hosted and helped 20 or so Ukrainians who were able to make it to us in Budapest. Additionally, we have hosted a handful coming from the U.S. to help—those who formerly lived in Ukraine and want to give back to the country they love so much. Our own children, Will and Katia, have both returned to serve too: Will in his work with International Justice Mission Europe, and Katia has been helping Ukrainians navigate Budapest, for medical aid or getting to the Canadian embassy to get visa paperwork.

Last month, our family was able to visit our friend Vita and her teenage daughter, Kristina, in Poland where they are currently living as refugees from the war (Vita’s husband Sergei must remain in Kyiv since he is of fighting age). Vita served us warm bowls of borsht, a traditional Ukrainian soup, and shared the precious few photos she grabbed as they fled Ukraine and shared stories with us. It was a great time of encouragement for all of us. Vita shared her heart to start an after-school kid’s club to give reprieve to all the Ukrainian mothers that are sheltering in this Polish town and to share the hope of Christ with them.

As we left, Vita hugged us and said, “Seeing you was a taste of home, because home is not material things, but the people you love.”

This situation has been devastating for all of us. While we don't know anyone who has perished in the war, it is devastating to see a country we love—where our children grew up and which, in many ways, shaped their identities—be so brutalized, and done so senselessly. Many of our ministry partners and friends have had their livelihoods destroyed. Their churches and seminary buildings have sustained significant damage.

If there is a silver lining to any of this senselessness, one thing we have seen is the unity of many churches working together like never before. They realize that they do not have the option to do this alone. As you think of and pray for Ukraine, pray this would continue and that the church in Ukraine would see and take up the mantle of peace.

In a crisis like this, the most valuable currency is trust. Our long-time partners and friends in Ukraine know they can call us on short notice with requests, come to us to rest or use us a sounding board to brainstorm how to move forward. This type of long-term investment, with staff that move to cities around the globe and become integrated into local communities, is the crux of ReachGlobal’s philosophy of ministry. In a moment of crisis, long-term relationships make a difference—whether that crisis is personal or global.

Because of the years we invested in Kyiv, the church leaders there know they can trust us. And because of the years we spent learning the language, we can freely communicate without needing a translator. Somehow, that makes all those long, cold days of studying more than worth it for such a time as this.

The refugee crisis in Ukraine and eastern Europe continues. You can learn more about how the EFCA and ReachGlobal are responding by visiting efca.org/ukraine.